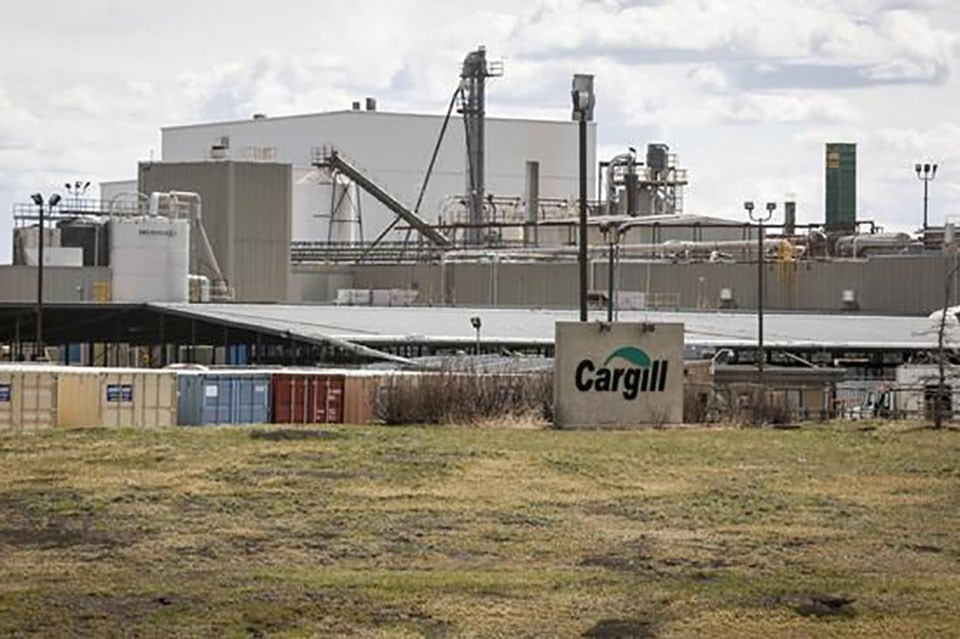 The federal government has started providing cash for food processors across the country to help them deal with COVID-19.

A $77.5-million emergency fund was announced by Prime Minister Justin Trudeau in May to help food processors adapt to COVID-19 protocols, including acquiring more protective equipment for workers.

It was also supposed to help upgrade and reopen meat facilities shuttered due to outbreaks of the novel coronavirus.

"We thought Exceldor was a good example of a chicken plant that was challenged by COVID quite a bit. And they will receive $262,000 to provide PPEs to their workers, hand-washing stations, that type of Plexiglas they install to separate workers from others," Bibeau said in an interview with The Canadian Press.

"It's that type of investment that they probably started to make for a while to protect their workers."

The government has so far approved 32 projects worth $10.5 million, including nearly $805,000 to JBS Food Canada for its meat- processing plant at Brooks, Alta., and $1.8 million for Maple Leaf Foods operations in Ontario.

Sofina Foods, which has 16 facilities across Canada, including the Lilydale poultry-processing plant in Calgary, is to get $995,000. Olymel, with 10 plants across Canada, is to receive nearly $1.8 million.

Cargill, which operates a large beef-processing plant in High River, Alta., is not on the initial list of funded projects.

Officials are still reviewing other applications and future announcements are planned over the next few weeks.

"Our goal is to have committed the full $77.5 million by the end of the month," Bibeau said.

The meat-packing sector has been hard hit by the health crisis.

Cargill temporarily shut down plants in High River and Chambly, Que., after COVID-19 outbreaks. Olymel also shut down its hog slaughter and processing plant in Yamachiche, Que., and the JBS beef plant in Brooks temporarily went down to one shift daily from two.

Cargill and JBS operations in Alberta account for 70 per cent of Canada's beef production.

Bibeau said there's flexibility when it comes to how the allocated money is spent. It can be used to pay for changes already in place or for future improvements.

"If they wanted to stay in business, they had to take the appropriate measures. Some of them had to close for a couple of days or a full two weeks, and then they were able to restart their processing activities at a lower pace. So it meant less revenue and less production," Bibeau said.

"They really made the right decision because it was critical for everyone."

Exceldor President Rene Proulx said the co-operative plant, owned by 400 poultry farmers, has already made COVID-19 changes the money will pay for.

"Despite the many challenges related to COVID-19 in recent months, we have been able to remain present in order to continue to feed Canadians," Proulx said in a release.

This report by The Canadian Press was first published Sept. 4, 2020

Aurora Cannabis names new CEO
Sep 8, 2020 7:30 AM
Comments
We welcome your feedback and encourage you to share your thoughts. We ask that you be respectful of others and their points of view, refrain from personal attacks and stay on topic. To learn about our commenting policies and how we moderate, please read our Community Guidelines.