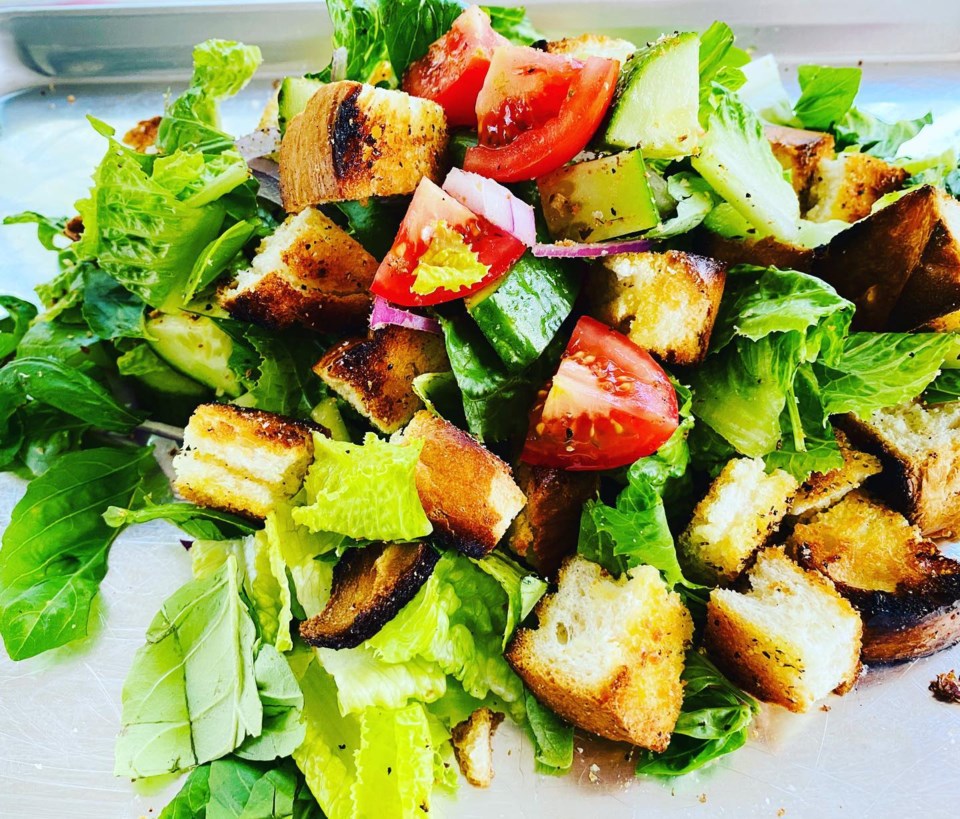 It's the grilled bread that makes this salad so special. Photo: Willy Grant

Sometimes you just want a hearty salad for lunch or dinner.  I make this all year round.

Salt and pepper to taste

Philly tomato pie
Nov 23, 2020 7:08 PM
Comments
We welcome your feedback and encourage you to share your thoughts. We ask that you be respectful of others and their points of view, refrain from personal attacks and stay on topic. To learn about our commenting policies and how we moderate, please read our Community Guidelines.