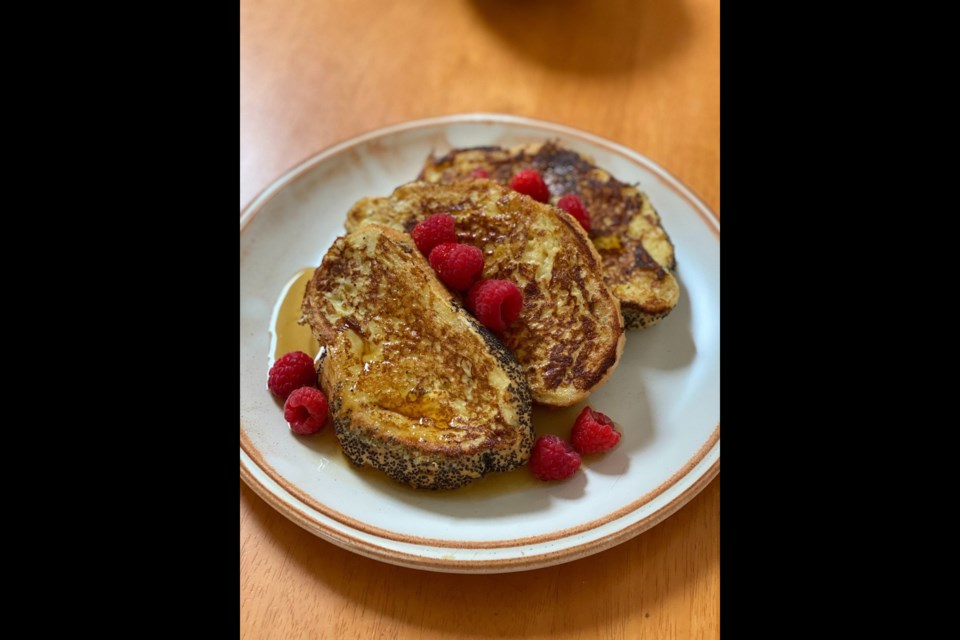 Did you know that November 28th is National French Toast Day? While this is entirely new information to me, I have to say that I absolutely approve. In fact, I find myself wondering how in the heck have I made it for 45 years on this earth without a day entirely dedicated to French toast? Well, maybe that’s pushing things a little bit…

One of the things that I love about French toast is that it is easy to make and extremely versatile. You can change it up with the simple addition of a pinch of nutmeg or brighten it up with the zest of your favorite flavor of citrus. It can be sweet or even downright savory. Using different types of bread can completely redefine your recipe. One of my favorite renditions of French toast was served at a hotel in Victoria, made with a light and delicate banana bread.

National French Toast Day is, unsurprisingly, celebrated by making French toast. I mean, who saw that one coming? Well, that works out great because this year, November 28th is on a Saturday. French toast for breakfast with a hot cup of coffee on a quiet Saturday morning sounds pretty darn good to me! Apparently, another way to celebrate is to share your favorite recipes for French toast, so I am going to share my recipe for Stuffed French Toast.

Oddly enough, I came up with my Stuffed French Toast recipe because of an IHOP commercial. They were advertising… well, Stuffed French Toast, but the catch was that this was before IHOP had made their way into Canada. So, there I was with this American TV commercial taunting me with descriptions of French toast Nirvana, but with no way to sample it for myself short of taking quite the road trip. I love breakfast as much as the next guy, but I’m not about to hop the border to go searching for the next new flavor. What to do?

Luckily, I happen to know my way around the kitchen. After contemplating what this commercial had described, I played around with my favorite French toast recipe until I had come up with something that tasted the way that I imagined that this mythical Stuffed French Toast would, or should, taste. As an aside, my wife and I were able to sample IHOP’s Stuffed French Toast several years later, after they had opened their Calgary location. Theirs was good… but let’s just say that we’ll be more than happy to stick with my recipe.

Beat together the milk, eggs, brown sugar, cinnamon, nutmeg, and vanilla until smooth to make your French toast batter. In a separate bowl, mix the cream cheese, icing sugar, and salt until smooth to make the filling. Spray a frying pan with a light coat of nonstick cooking spray, and then heat the frying pan on medium. Take two pieces of bread and make a sandwich with a layer of the filling in the middle. Dip the sandwich into the French toast batter mixture and then fry it in the heated frying pan until it is golden brown on both sides. Repeat these steps until you have used up all the bread, French toast batter, and filling. Serve hot with maple syrup.

Read more from the Grizzly Gazette