A Never Give Up Attitude 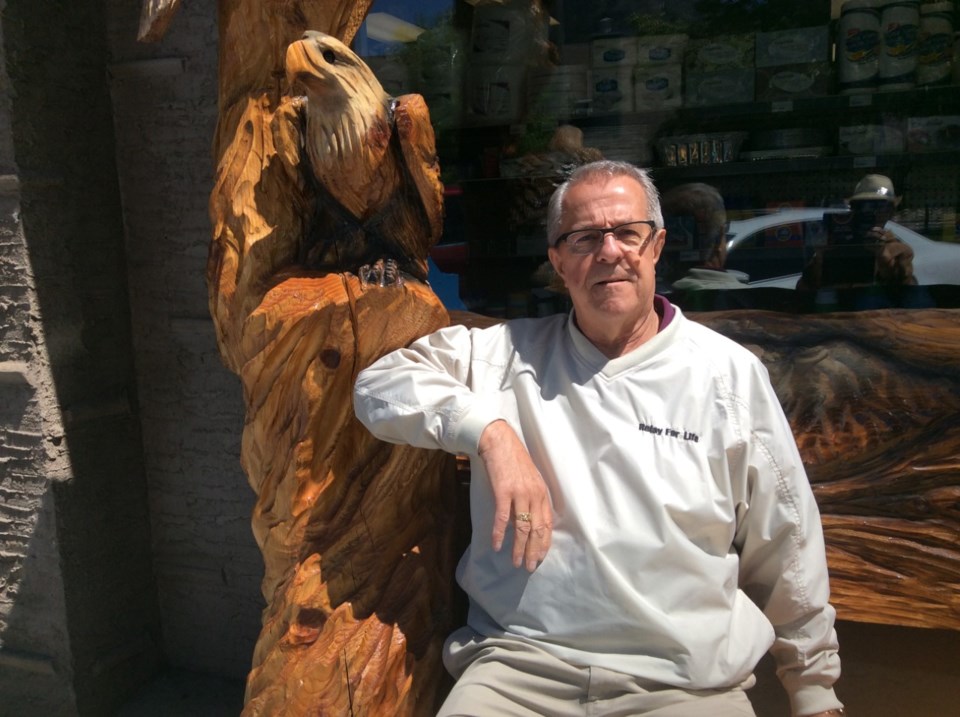 In a new book, 85 year-old Calgarian Tom Shindruk offers wisdom and tips on how to live a meaningful, joyous life, no matter the challenges. Photo: supplied by Tom Shindruk

If anyone ever had an excuse to throw in the towel, it might be Tom Shindruk. The now 85 year-old Calgarian is a three-time cancer survivor and lived through the death of an adult son, but that has only served to fuel the father and grandfather to power forward with four part-time jobs and volunteer duties teaching, counselling and on the board at several local organizations.

If he wasn't busy enough, the 'sunny' Manitoba native (who, coincidentally, worked for Sunkist for nearly 20 years in a sales career that saw him criss-crossing North America on a regular basis) has just written a book on his experiences and life philosophy. Appropriately, it's titled Never Give Up, a fitting response to those who ask Shindruk about the secret to his successful life.

"I want to share the messages that have motivated me and given me a life of vitality and health into my 80s," Shindruk said. "For me, it starts with a strong faith in God. And I hope to inspire others to live their lives to the fullest by maintaining that 'never give up' attitude."

A child of Polish and Ukrainian immigrants, Shindruk left his Manitoba homestead and traveled the world with work, before settling in Alberta and facing a first bout of cancer at age 64. That intestinal cancer and subsequent surgery was followed in ensuing years by the grueling challenges of prostate cancer, chemotherapy and radiation. In 2017, Shindruk was diagnosed with kidney cancer and remains in a 'watch-and-wait' mode about that.

Through all these trials, Shindruk said he's never given up, something he credits to his loving, 65-year marriage to wife Sonja. He also uses the lessons cancer has taught him when talking about 'dealing with life's challenges' in his work as a motivational speaker. Speaking to those fighting cancer or mental illness are a way Shindruk said he can "inspire people of all ages to live their lives with enthusiasm, free from worry, and to have joy each and every day."

Longtime friend Joyce Frandle, who met Shindruk in 1987 when they both worked in the food industry, said "I didn't realize how close I was to Tom until this spring, whenI had a kidney removed due to my own cancer scare. He was the first person I reached out to when I faced the same fears and anxieties. I needed him."

"I refer to myself--and so does his wife--as one of Tom's many girlfriends. There's a running shrine on our fridge-- whenever there's a clipping about Tom, it goes up there," laughed Frandle. "Tom speaks from his heart--he's charming and funny, and he's ended up being a best friend to me. I'm not surprised he wrote a book either, because Tom is always involved in a million things. He doesn't stand still."

"I'm busy by nature," agreed Shindruk, perhaps referring to his ten-miles-a-day routine on the stationary bike, which lately has been followed by work on his second book--a compilation of inspirational quotes that he's been gathering for 50 years. Or it could be all the volunteering and work he continues with, including for the Canadian Cancer Society, Developmental Disabilities Resource Centre, Knights of Columbus and as a member of the choir at St. Stephens Ukrainian Catholic Church.

As well, Shindruk remains a classroom instructor with Fleet Safety International, and is a facilitator with Families Matter Society where he works with separated and divorced dads. "My work philosophy is that you should do everything you're supposed to, and then a little bit more."

"Mostly, I'm proud we've brought up good kids," he said. "I've never been rich in money, but am rich in other ways. I just believe that while we're here we should do something for someone else."

A portion of the sales of Shindruk's book will go the Canadian Cancer Society. Email tomshindruk@shaw.ca to purchase, or see friesenpress.com.

Three patients dead: Edmonton hospital declares full COVID-19 outbreak
Jul 8, 2020 5:00 PM
Comments
We welcome your feedback and encourage you to share your thoughts. We ask that you be respectful of others and their points of view, refrain from personal attacks and stay on topic. To learn about our commenting policies and how we moderate, please read our Community Guidelines.