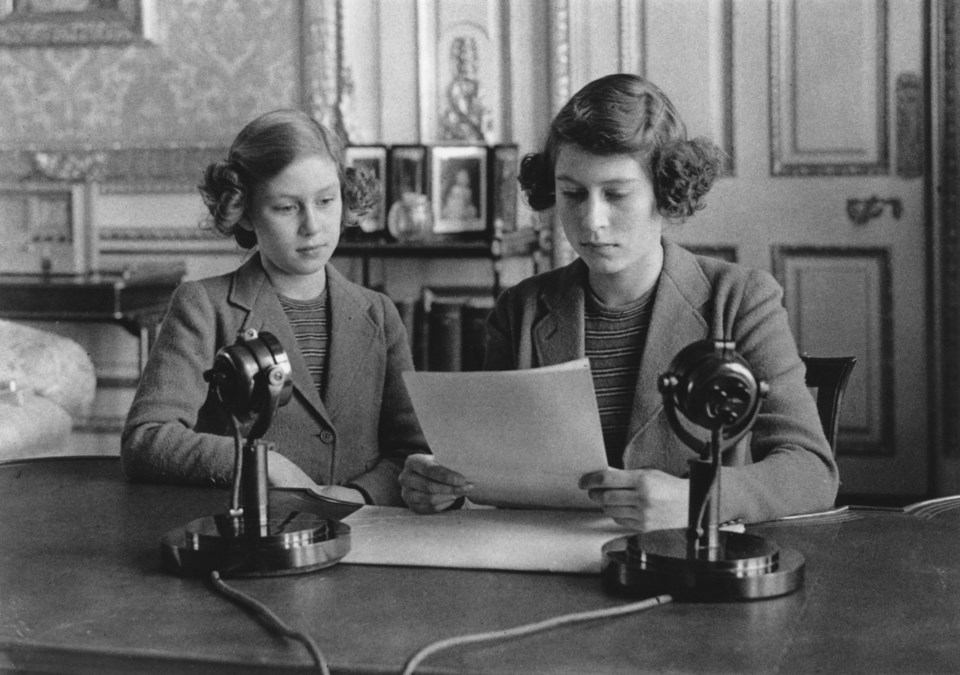 Princess Elizabeth and her sister Princess Margaret at the microphone for Elizabeth's first broadcast. She is the future Queen Elizabeth II of England. Photo: courtesy of IWM.

As far back as the heyday of Lucy, Ricky, Fred and Ethel, May has been the month when your favourite shows went into hibernation until the following fall.

Not even television, however, is immune from COVID-19. There are some season finales still scheduled this May, but several others remain up in the air at press time. This is mainly because studios were forced to shut down and halt production. Not only were actors and crew members at risk, but so were, in some instances, studio audiences.

Below is a guide to all the shows that did get their finale episodes completed and scheduled. Also listed are those that did not. Some shows will simply bow out with shortened seasons. Listed also are brand new shows starting in May, as well as series returning for annual spring and summer runs.

For those trying to binge their way through the remaining weeks or months of isolating at home, the good news is that there’s still plenty to watch:

The following TV shows will air finales this month as planned: Survivor (May 13 on CBS/Global); How to Get Away with Murder (also the series finale; it airs May 14 on ABC/CTV); Station 19 (May 14 on ABC/CTV); The Blacklist (a shortened season will wind things up May 15 on NBC/Global); Call the Midwife (Season 9 ends May 17 on PBS) and Little Big Shots May 24 on NBC/Citytv).

Good news for fans of The Masked Singer. The hidden talent songfest seems like a live show but it’s not. The entire season was taped in advance. Its finale, therefore, will air as planned May 27 on both Fox and CTV.

These are the shows that got caught short once social distancing measures took effect and shut down productions. Some may simply bow out an episode or three earlier than anticipated.

Upload (May 1, Amazon Prime Video). Imagine a world where people nearing death could have their minds “uploaded” and stored in a virtual afterlife. Greg Daniels (The Office) is behind this 10-episode comedy.

The Queen at War (May 5, PBS). Did you know that Elizabeth II is the only current head of state who saw active duty in WWII? It’s all in this PBS special.

I Know This Much is True (May 10, HBO). Mark Ruffalo stars in dual roles playing a set of not very identical twins. The actor gained 30 pounds to play the heavier twin who suffers from schizophrenia. Rosie O'Donnell and Juliette Lewis also star.

The Happy Days of Garry Marshall (May 12, ABC). The late, great writer/producer behind such TV gems as The Odd Couple, Happy Days and Mork & Mindy as well as movies such as “Pretty Woman” is saluted.

Quiz (May 31, AMC). Way back when Who Wants to Be a Millionaire first broke out in Britain, a contestant tried to cheat by having a plant cough signals from the studio audience. Michael Sheen, Matthew Macfadyn and Sian Clifford star.

BACK FOR SUMMER RUNS

Billions (May 3, Showtime/Crave). Juliana Margulies joins the cast. Several episodes were not shot when production shut down in March.

Dead to Me (May 8, Netflix). Christina Applegate was a revelation in Season One of this dark comedy about a widow and her new best friend—the woman who ran down her late husband.

The Amazing Race (May 20, CBS/CTV). The series was cast, produced and finished before COVID-19 struck.

Burden of Truth (May 21, The CW). If you missed the third season of this Winnipeg-based legal drama on CBC, here’s a chance to catch up.

To Tell the Truth (May 21, ABC). Anthony Anderson returns as host.

Homecoming (May 22, Amazon     Prime Video). Julia Roberts and most of the Season One cast of this anthology drama is gone. The new season stars Janelle Monáe, who we meet floating in a canoe with no memory of how she got there.

Ramy         (May 29, Hulu/Starz Canada). Golden Globe winner Ramy Youssef returns with this semi-autobiographical comedy about a Muslim trying to hold onto his faith as a millennial from New Jersey.