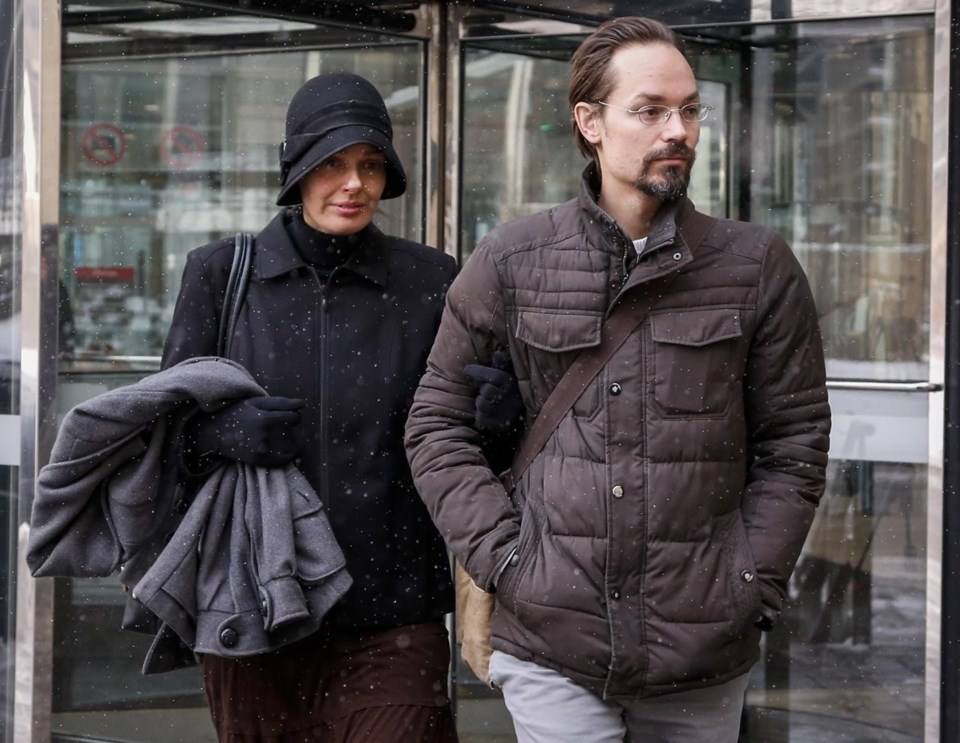 CALGARY — A Calgary father found negligent in the death of his 14-month-old son has been granted parole eight months into his sentence.

Jeromie and Jennifer Clark were each sentenced to 32 months in prison in June, after a jury found them guilty of criminal negligence causing death and failure to provide the necessaries of life.

The Parole Board of Canada decided earlier this month to grant Jeromie Clark, 39, day parole and, once he is eligible, full parole. Usually offenders are able to seek full parole after they have served one-third of their sentence or seven years, whichever is less.

"It is the board's opinion that you will not present an undue risk to society if released on day and full parole and that your release will contribute to the protection of society by facilitating your reintegration into society as a law-abiding citizen," the board said in its Feb. 6 decision.

No parole decision has been made yet for Jennifer Clark.

Both are appealing their sentences and convictions.

A forensic pathologist's report presented at trial said the couple's son, John, was malnourished and died from a staph infection.

Court heard that John was never seen by a doctor until the day before he died in November 2013. Jurors saw photos of the dead boy with a red rash all over his body and with blackened toes. They were also shown screen shots of online searches for natural remedies for gangrene, such as cabbage leaves and cayenne.

The couple's lawyers argued at trial that doctors at the Alberta Children's Hospital were to blame because they raised the boy's sodium and fluid levels too aggressively.

"While you have no prior criminal history, the board does not lose sight of the gravity and nature of your index offence. While in a position of authority, you neglected to provide your victim with necessary medical attention, despite having concerns for his well-being," the board said.

"On all accounts, this was a tragic and needless incident that will have long-term impacts on your children and your family."

But the board noted that Clark expressed regret at his parole hearing.

"Now you would never delay or make assumptions in regards to your children's health and you would follow the advice of the doctor," the board said in its decision.

It acknowledged that Clark has been "making strides to deal with your loss and grief, gain insight into events related to the death of your son and in taking steps to access institutional and community supports."

The board noted that Clark was in the community for 4 1/2 years before he was sentenced without any concerns.

In custody, Clark completed numerous vocational certifications and has been participating in counselling, the board decision said. A reintegration chaplain confirmed "you are employable, have realistic release plans and have your family's best interests in mind."

Clark was to be released to a community correctional centre or community residential facility upon bed space availability.

The decision said he plans to live in a basement apartment rent-free while on day parole and had been accepted to live in a community residential facility as an alternative.

The board said the Correctional Service of Canada would not support day parole release to the apartment until an updated community assessment could be completed.