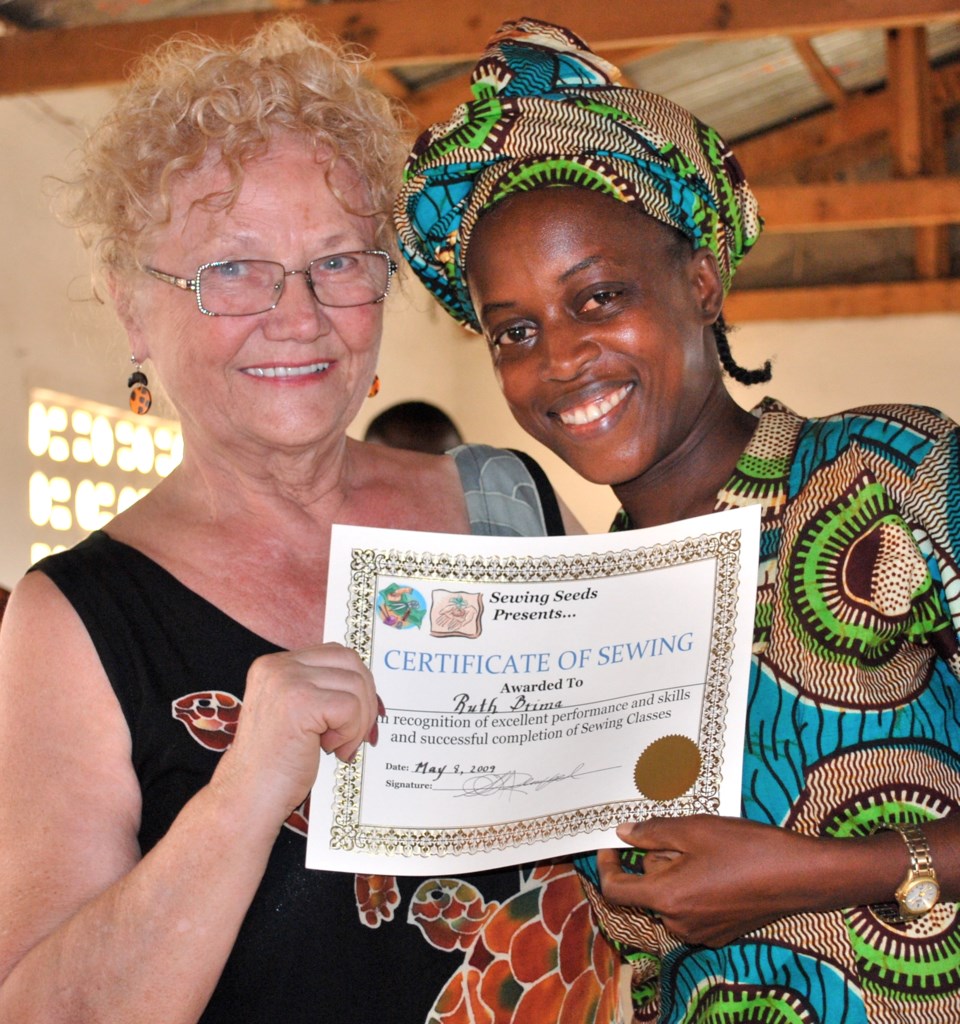 At age 84, Sylvia Rempel has slowed down a touch but still has the energy and vitality that she used 30 years ago to create one of Canada’s most recognized sporting wear brands, Sun Ice. Rempel, a refugee from Germany who moved to Alberta with her family in 1951, started making clothes in the basement of her Calgary home in the 1970s.

“I started a sewing class at SAIT (in the 70s) and some people there were saying they needed ski wear,” said Rempel. “I thought, ‘if that’s a need, let’s see what I can do’. I developed my own pattern in the early years and that’s what got me going. I could make things fit, I knew how to sew and I took the extra time to develop the skill that people were looking for. Canadian garments at that time were not fitting very well.”

Rempel’s work ethic has always been a part of her, from learning to sew at a young age while watching her mother make clothes for the kids, to when she moved to Raymond, Alberta with her family in the early 1950s. She worked in the sugar beet industry, and money earned went to repay the fare for their journey to Canada.

It’s that work ethic, ingenuity and entrepreneurialism that made Rempel one of the Top 7 Over 70 award winners in 2019.

“My daughter submitted an application and you just aren’t sure what will happen,” said Rempel. “When they called and said that I was nominated, yes I was quite excited. I am more used to working at things, rather than getting praise for things. That’s kind of what I’ve been doing all of these years. I spend time working hard and making sure everything is done 100 per cent.”

Rempel is no longer involved in Sun Ice, having sold the company in 2006. In 2002, she found another passion teaching women to sew--Sewing Seeds Canada was born. The not-for-profit organization sets up sewing schools at countries all over the world, including Sierra Leone (site of the first trip in 2002), Peru, Ukraine, Guatemala and Mexico. Through the charity, Rempel and her team set out to teach people to sew, a skill that pays off for a lifetime and can set women--and men--up for financial independence. During the group’s latest trip to Guatemala, Rempel was pleased to see five men in one of the classes.

“Teaching the skill is the important thing--it's what they need to learn, and then they have that forever,” said Rempel. “We help them with sewing machines, projects and fabric. When you go to these countries, you start a class and you know that they have never touched a sewing machine. They don’t even know if they can get through it and at the end of two or three weeks, they find out they can do 10-12 different projects. And they’re pretty darn good. For me, that's the rewarding part."

Bonnie DuPont, who chairs the Top 7 Over 70 awards, said Rempel was a natural to be recognized this time.

“Sylvia exemplifies the best in entrepreneurial spirit combined with community spirit,” said DuPont. “She founded and built an outstandingly successful business and then moved on to apply her skills for the benefit of others. She shines brightly as a role model for other entrepreneurs and for young people considering how to live lives of purpose and contribution."