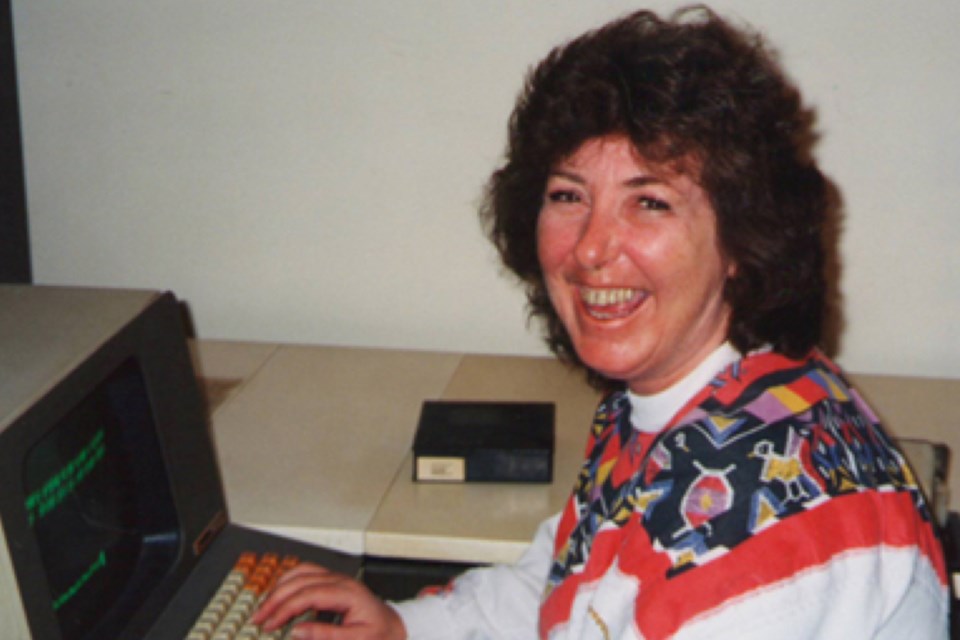 Homespun humour like this is just one of the hallmarks of the tan, single sheet paper you grab while waiting to pick up a pizza or sit down with friends at the local Tim's.

Though it may not look like much, the success of Coffee News is anything but modest: it's an idea that began in Winnipeg in 1988 as a neighbourhood quick read and local events listing--and has become the world's largest restaurant publication franchise. That's right. The world's largest.

"We are the original social media," laughed creative director Candice Daum, whose mom Jean founded the free weekly paper over 30 years ago after seeking some light reading while waiting for a meal to arrive at a restaurant. From that experience, the advertising-savvy Daum went on to create a family-friendly, easy-reading publication now read by millions around the world each week. It's even been named one of the top 500 franchises in Entrepreneur Magazine.

"Even as it's grown, it still feels like a part of Canadiana, especially in small towns. And for most people, it's a regular habit--a lighthearted break during the day."

"They say print is dead, but we don't see that," added Jean's daughter Leslie, who wrote the jokes and curated quotes in the paper's earlier years and now handles publisher relations for Coffee News Canada.

Since Daum's passing several years ago, the paper's ownership moved to the founding U.S. partner, though much of the content is still written in Canada.

"It may seem simple, but the paper encourages people to communicate--quizzing each other with trivia or telling jokes over a coffee."

It's to Daum's credit that her original vision remains, even decades later. The look of the paper, with 32 ads running along the left and right sides of both sides of the page and positive news in the middle (jokes, trivia, unusual news stories, local event listings) hasn't changed much at all, but distribution has.

Coffee News appears in many languages around the globe, and has existed in some 50 countries, from New Zealand and Australia, South Africa, across Europe and throughout the U.S. Canada has over 200 editions--In Alberta alone, there are 15 independent editions in the Edmonton area, 16 in the Calgary region, 22 in southern Alberta and over 30 across the province's north.

Walter Heuvingh, general manager for most of the Coffee News franchises in Alberta, said while readers aren't meeting at coffee shops as much (or at all) during the pandemic, he has added web editions of the paper, engaging Facebook followers with contests and trivia questions.

"We're launching a phone app for our Alberta editions too, called My Hometown, which will have national content but local community events, restaurant directory and business listings--like the paper but available on your phone," said Heuvingh.

Candice said her mom--who once worked in community newspapers, but also wrote cookbooks and taught ballroom dance--researched how to get advertisers the best bang for their buck.

"She said there were 17 subliminal effects to bring attention to the ads on the page. The tan colour was chosen to resemble coffee with cream--warm, inviting and trustworthy. Black ink is more effective than colour-that's another one. But mom never told us all the tricks."

Leslie said the appeal for businesses, some who have kept their ad spot for over a decade--is that the editions are hyper-local, so a business in Sherwood Park can advertise in just that edition. There's exclusivity too: if one hair salon takes an ad, there won't be another such business in the edition.

'Find-the-coffee-guy' contests are a big draw, and "trivia, horoscopes, jokes--those are reader favourites too," said Candice. "And having a 'what's happening' listing continues to give the paper its local, community feel. People like things that are familiar, and we like that Coffee News is a regular part of so many people's lives."