Column: Where the wild things go 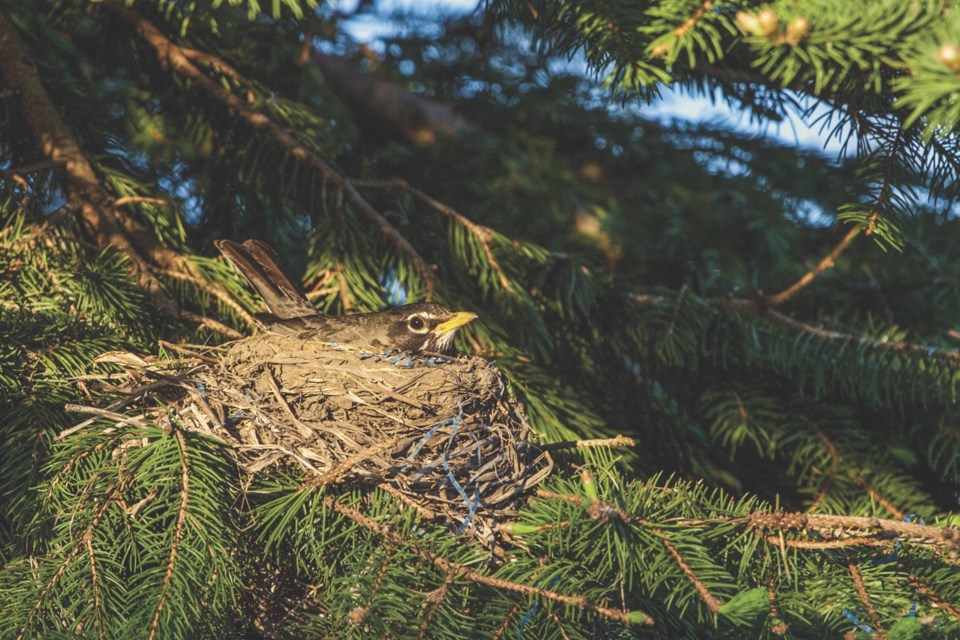 As people around the world stay indoors during this pandemic, wild animals have taken advantage of the peace and quiet. From gangs of turkeys roaming the empty streets of Baton Rouge, Louisiana, to feral Kashmiri mountain goats making their way through the Welsh town of Llandudno, there have been some unusual sightings of late.

Here on the farm we haven’t noticed any difference, which isn’t surprising since our outdoor movements haven’t changed. However, even as of last fall, as I visited my friend Cyndi in Alberta’s capital city, I noticed an interesting fact: there was more wildlife to be seen on the streets of this thriving metropolis, than on the lonesome prairie near my home.

Sighting coyotes isn’t unusual where I live, but to view them trotting unconcernedly down a city sidewalk in search of one of the juicy jackrabbits that are also prolific in my friend’s active neighbourhood—well, that’s weird. And I haven’t seen a jackrabbit in years.

How about this? I like birds, and walk for miles each spring searching for nests. I slop around sloughs, march in mud, and thrust through thickets in my quest to locate even one duck nest. That’s not too much to ask for right? But, usually I see nothing, returning home bedraggled and sad.

Now the kicker: a mallard nested on Cyndi’s front lawn, in plain sight, under a cedar – in the middle of flipping Edmonton! There wasn’t even any water nearby. When the chicks hatched they had to cross a busy intersection, tramp past a shopping plaza, waddle behind a Chinese restaurant and scuttle through a schoolyard to get to a man-made pond in the center of a park. Does this make sense to you?

My friend even has squirrels frolicking in the three trees and six shrubs that have been mandated as backyard landscaping requirements in her area, and their squirrely antics entertain each day. I have great groves of trees everywhere you look on my property, with nary a squirrel to be seen. Or any living creature at all, for that matter, apart from magpies, which I could do well without.

Nonetheless, the pièce de résistance happened as I sat at their dinner table and gazed outside at the shredded corner of a sturdy sundeck Cyndi’s husband Darrell had built. Splinters of wood lay everywhere, covering decorative chairs and a nearby barbeque. Further shards of timber coated the ground below and festooned a flourishing perennial border.

As I turned to ask what had happened, an enormous bird lit on one particularly mangled chunk. I’d only seen such a fine fowl in glossy magazines or comprehensive books devoted to the study of our feathered friends.

Then, with a flick of his tail, he gave the remaining wood careful consideration before commencing to hammer upon the battered remains of what had been a lovely ornamental railing. Woodchips flew.

“Damn bird,” Cyndi yelled, vigorously rapping on the window to shoo him away. “He’s been here every day for the past month.”

I mean, yeah, I guess he did systematically destroy an important component of their home. But I’ve never laid eyes on a pileated woodpecker in my whole life. And yet one flies into the middle of a city, with a population that exceeds 981,000, to brutalize an innocent veranda—every day?

Apparently, if you want to see wildlife, forget about the countryside – you gotta go to town.

Indigenous tourism grows in popularity
Aug 9, 2020 9:52 AM
Team says technical issues from 'unprecedented demand' left Oilers raffle in limbo
Aug 8, 2020 7:15 PM
Comments
We welcome your feedback and encourage you to share your thoughts. We ask that you be respectful of others and their points of view, refrain from personal attacks and stay on topic. To learn about our commenting policies and how we moderate, please read our Community Guidelines.