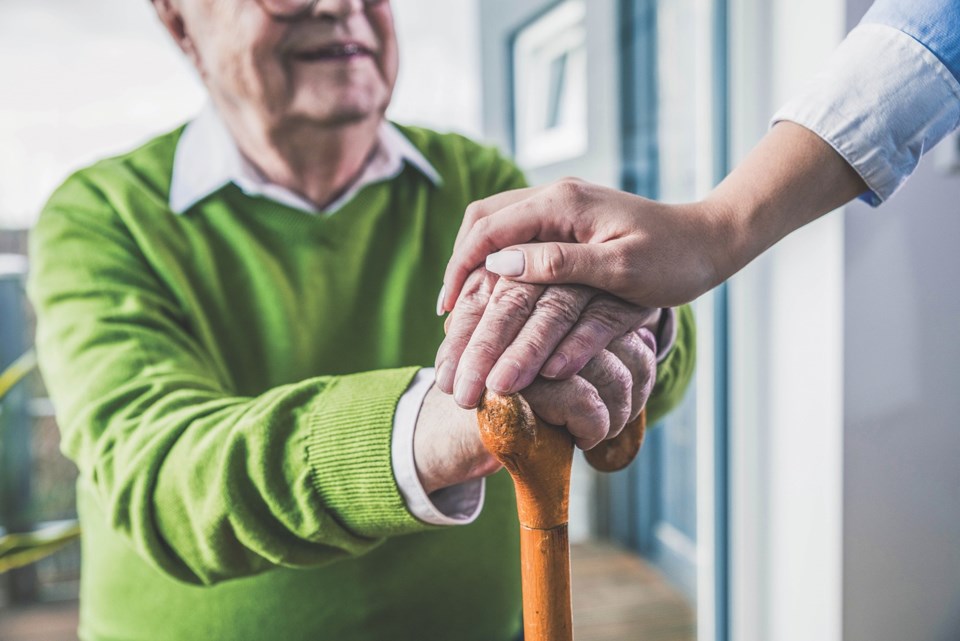 Canada has the worst record of COVID-19 deaths in long term care facilities in the world--double the average of other countries studied, a new report says.

According to a study by the Canadian Institute for Health Information (CIHI) using data from mid-March to end of May, some 81 per cent of Canadian COVID-19 deaths were long-term care residents. The average among 16 other developed countries studied was 42 per cent for the same cohort.

Tracy Johnson, CIHI's director of health systems analysis and emerging issues, said the data offers insight into the crisis that caregivers, residents and families say has been happening in long-term care even before the pandemic began.

"Countries that implemented added long-term care precautions early in the outbreak had fewer deaths there," she said, pointing to broad testing and training, isolation wards to manage clusters, increased staffing and specialized teams to deal with the crisis in countries including Australia, Austria and Slovenia.

In Canada, long-term care deaths vary widely between the provinces, with the report noting a mortality rate of over 70 per cent in Quebec, Ontario and Alberta. The standout province in Canada has been B.C., where the government there acted early to protect long-term care homes. It has had far fewer outbreaks and deaths than central Canada as a result.

"We knew this was going to happen 20 years ago. When COVID-19 hit, there was zero capacity for the system to absorb stress. It was set up to fail," she said.

The report comes to the same conclusion, highlighting ways that Canada’s long-term care sector was set up to fail before the pandemic, with fewer nurses and personal-support workers, older residents and less coherent regulation than in some other countries.

To many advocates, that means putting provincially-driven long-term care mandates under the Canada Health Act.

The federal government can set national standards so that expectations are set no matter which province or territory an older Canadian resides, say advocates. The resident can be protected under a common framework, and individual provinces would have federally-set benchmarks to follow when implementing care standards. A long-term care inspection program is another criticial piece to keep facilities accountable going forward, added Wodak.

The analysis compared Canada to other countries in the Organization for Economic Co-operation and Development: Australia, Austria, Belgium, France, Germany, Hungary, Ireland, Israel, Italy, the Netherlands, Norway, Portugal, Slovenia, Spain, the United Kingdom and the United States. After Canada, Spain had the highest long-term care death rate, at 66 per cent, followed by Israel and Ireland. The U.S. had a care-home death rate of 31 per cent, while Slovenia and Hungary came in under 20 per cent.

The CIHI report divided the countries into four categories, ranging from the countries that did the most the earliest to protect long-term care to those that waited longest to act. Canada, France, Norway, Spain, the United States and Britain saw a higher proportion of their overall COVID-19 deaths in long-term care than those who acted to protect seniors’ facilities at the same time they imposed their first stay-at-home orders.

Johnson said measures such as surge staffing, increased personal protective equipment (PPE) and broad, long-term care testing could help mitigate the impact of a possible second wave, though she cautions that with infections and outbreaks still ongoing, the reality may simply be to hold rates at current levels.

Pace, health, return to winning form the goals at Flames training camp, says GM
Jul 12, 2020 5:23 PM
Comments
We welcome your feedback and encourage you to share your thoughts. We ask that you be respectful of others and their points of view, refrain from personal attacks and stay on topic. To learn about our commenting policies and how we moderate, please read our Community Guidelines.