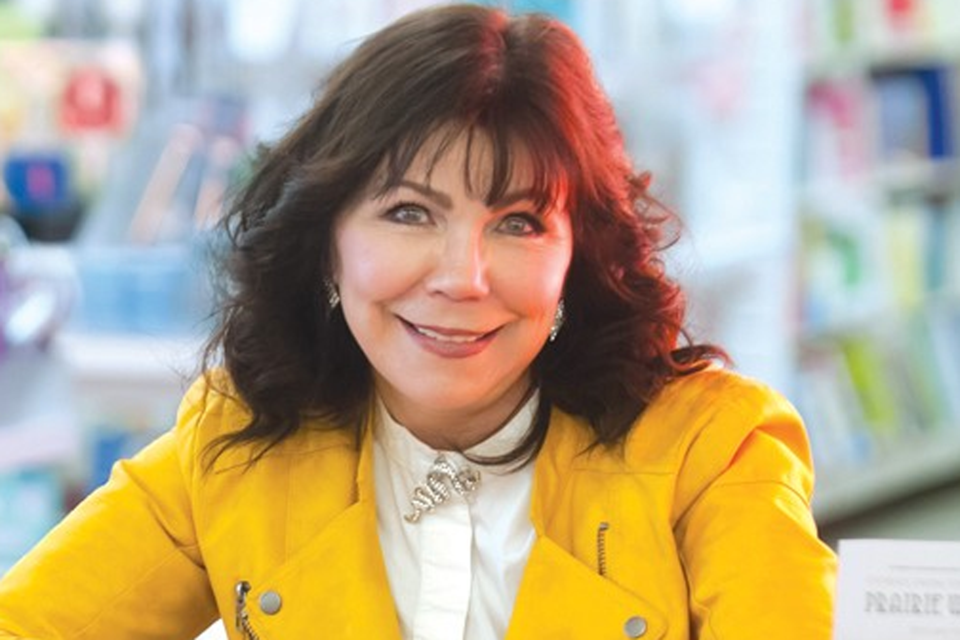 Helen Toews works as a writer, bus driver and EA in her local school. She's the author of Prairie Wool, a collection of short, humorous anecdotes gleaned from the everyday of rural life.PHOTO: supplied

After recently reading of a burglar, who hunkered for more than six weeks in the roof of a Washington state grocery store, I knew I had to share.

Surveillance video showed the man skulking through the aisles late at night, dressed in black and filling a large duffel bag with stolen goods before crawling back into the loft through a vent.

Eventually, after a four hour search of the ventilation system, authorities found the man lurking in the rafters with his latest spoils; 28 cartons of cigarettes and a wheel of artisanal cheese worth $394.97. (Perfect example of fact being stranger than fiction.)

While doubtless a thief and most certainly a trespasser, you have to admit this guy had good taste. Clearly he didn’t choose cheddar, make off with mozzarella, or vamoose with Velveeta. Nope, he crept into the artisanal section of the market and rolled a $400 wheel of Beecher’s Handmade Cheese into his sack.

Of course, although he may have nibbled off a hunk or two himself, I have to wonder how he’d eventually sell the majority for profit. Do people buy cheese on the black market?

“Psst, hey bud,” our robber might hiss from a darkened alley, flipping back the front panels of his long, black trench coat to reveal several crumbling wedges of Monterey Jack tucked into the inside pockets. “You wanna buy some cheese?” Then, after a furtive scan of the area for coppers, he’d whisper dramatically, “It’s artisanal.”

This rather bizarre tale leads me to mention another taste peculiarity I’ve taken note of within my own family. Of course, while I classify it as a peculiarity, my Uncle Dick believes he is, and I quote, “a discerning connoisseur”. However, this man, who unashamedly enjoys the occasional peanut butter and onion sandwich (VILE) has also acquired a great fondness for the very same snack, but prepared, instead, with bologna and raspberry jam.

Although Elvis Presley too, enjoyed outlandish foods such as bacon, peanut butter and grape jelly sandwiches, I still think it’s revolting. Nonetheless, my uncle was quick to defend himself.

“People eat turkey with cranberry sauce all the time and no one thinks THEY’RE crazy,” he protested, tearing off another hunk of his preferred snack. “No one gives THEM a hard time.”

To punctuate his remarks, he reached for a bag of Saltines perched beside him at the dinner table, pulled one out, buttered it lavishly and stuck a dog crumble on top.

“There’s not a particle of difference between the two,” he finished, deftly tossing the cracker into the drooling mouth of a hound waiting patiently at his feet.

Great. Not only has the man damaged his own taste buds, he’s corrupted the dog’s too! Buttered crackers?