If it's Wednesday, it must be time for takeout 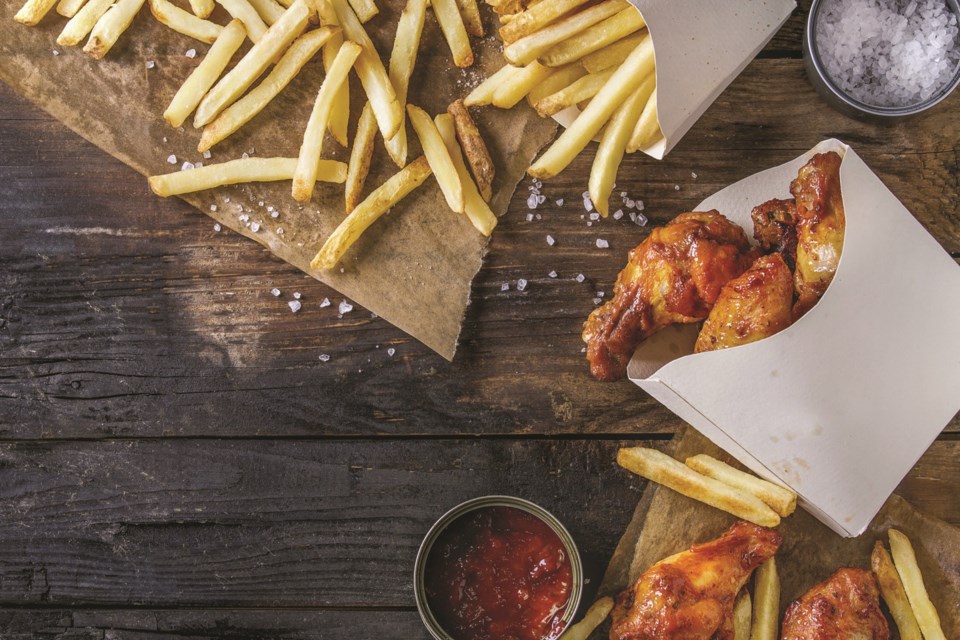 We're all spending more time in the house during the COVID-19 crisis, with at-home work and social-isolating encouraged. While there has been a huge uptick in home baking (just try to find flour and yeast in the grocery store these days), and a general 'hunkering down' mentality, people are still turning to takeout meals often, or at least occasionally as they manage the crisis.

There's a dilemma about ordering takeout for some, who express concern about potential exposure to the virus from multiple touch points during the food preparation, packaging and delivery process. But this concern is often balanced with the desire to support local business, which has been decimated as a result of COVID-19.

"That first day the schools were closed, I thought we were done. But we went on social media and the support from the public and other restaurants has been amazing — it's brought me to tears," said Andrew Cowan, co-owner (with Matt Phillips) and chef at Northern Chicken on 124 Street in Edmonton, a small start-up that has gained great popularity since it opened over three years ago. "The goal for now is to stay operational, and keep our staff employed."

While Northern Chicken's staff prepare the southern comfort-style fried chicken — that Cowan says is thankfully a portable food that travels well for the delivery and takeout trade — the business has also pivoted by offering frozen versions of favourites like chicken wings, and a bake-at-home mix of its popular cornbread.

Despite an online presence and busy trade in the 5-7 p.m. supper hours, delivery services like Skip the Dishes, Uber Eats and Door Dash take up to a third of sales.

"Delivery is the majority of our business right now. But our sales haven't dropped enough to qualify for government bailout programs, so we're kind of in a no-man's land," Cowan said. "We've been proactive from the start, so every day we look at the situation and see how we can adjust."

According to a recently released survey by Restaurants Canada, an estimated 800,000 jobs in Canada's foodservice sector have already been lost due to the COVID-19 crisis, with up to 30 per cent of restaurants expected to close for good if the situation remains unchanged beyond May.

Andrew Oliver, chief executive of Oliver & Bonacini Hospitality Inc, which has 26 locations in Canada, said these have been devastating times for restauranteurs, and while many continue to offer takeout and delivery service, it's mostly a 'Band-Aid' remedy until restaurants are allowed to re-open the dining room and customers return.

A national movement is afoot to support the industry with a Takeout Day declared for Wednesday, April 15. Organized with the hope that Canadians who are able to do so will order takeout or delivery from their favourite local restaurants every Wednesday, the first event is being celebrated with an online variety show streamed on Facebook. Canada’s Great Kitchen Party – Home Edition starts at 8 p.m. EST April 15, featuring entertainment from Jim Cuddy, Alan Doyle, Ed Robertson, Barney Bentall and Tom Cochrane, among others.

Edmonton chef Paul Shufelt, who owns Woodshed Burgers and Workshop Eatery, said he's kept his business going with takeout and delivery, but adds that he wouldn't be able to manage even that if he used third-party delivery services like Skip the Dishes and Uber Eats. Describing razor-thin margins even when dine-in business is flourishing, the math doesn't add up (especially now) to use services that charge between 15-30 per cent for each sale, he said. Instead, Shufelt advocates ordering online or by phone directly with a favourite restaurant. The entrepreneur sometimes partners with friend and restaurant neighbour Northern Chicken to make fare available to customers.

Things That Are Open (edmonton.thingsthatareopen.com) is one website listing local restaurants open for delivery and take out. Also check curiocity.com, and avenueedmonton.com for further lists to help local businesses.