LETTER: Four Alberta mayors say centralization of EMS dispatch is the wrong move for all Albertans 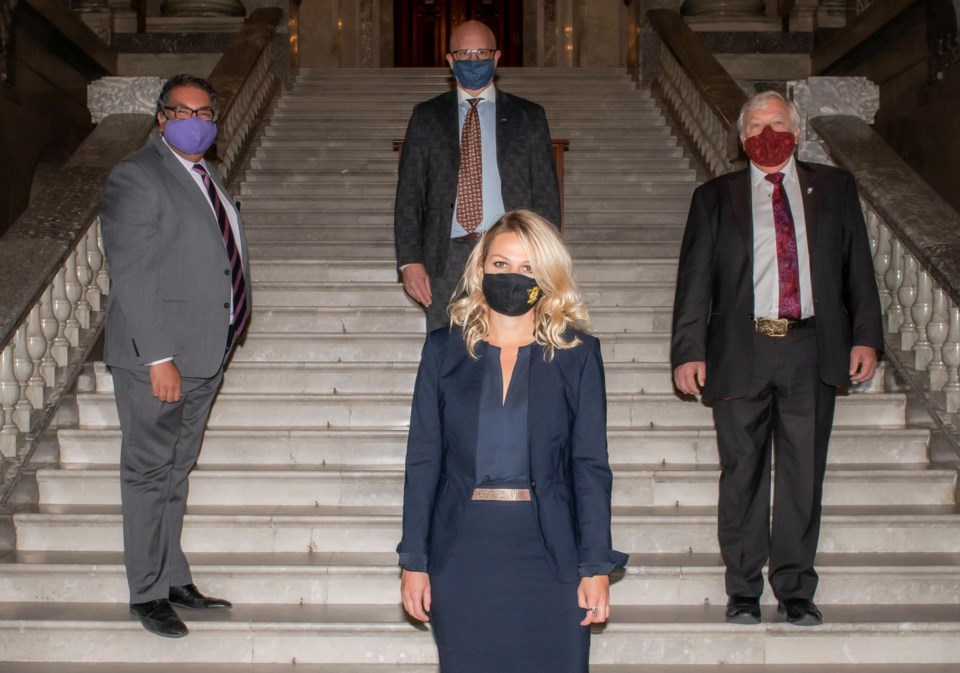 You may have heard about a dispute between four Alberta communities – Calgary, Lethbridge, Red Deer and the Regional Municipality of Wood Buffalo (RMWB) and the regions we serve – and Alberta Health Services (AHS) to maintain local control over the dispatch of Emergency Medical Services (EMS). When it comes to protecting the lives of the people we serve, we are willing to go to the wall.

This battle between municipalities and the Province isn't a new one – in fact, it's been going on since 2009 when AHS began centralization of EMS dispatch. Communities across our province have long pushed back on this change, arguing our integrated model with EMS, fire, and, in some instances, the police under one roof, saves lives. Four previous Health Ministers have rejected this shortsighted decision of AHS once the evidence was presented to them. Despite our best efforts to put this matter to bed, on August 4, 2020, we learned the decision had been made (without the consultation the Minister of Health promised) to implement the centralization of EMS in our communities in early 2021.

It may not seem like a big deal whether EMS is dispatched locally or by a centralized service. AHS maintains there will be no additional time added to when an ambulance arrives on the scene (though we have not seen the data to prove this, and our data shows local dispatch is faster). Our local dispatch centres exceed AHS dispatch standards while AHS does not even meet their own standard. However, in addition to dispatch delays, there will be an impact on our integrated service model. The coordination and, ultimately, the response times for more complicated emergency calls that require other emergency services will be fragmented. In Calgary alone, there are 15,000 calls annually that require a multi-service response.

In the integrated service model, firemedics often arrive sooner than AHS ambulances and provide lifesaving medical treatment before the ambulance arrives. In Calgary, fire units arrive first 50% of the time, in Red Deer 40% of the time, in the RMWB 60% of the time, and in Lethbridge 19% of the time. Under the proposed AHS model, the Advanced Life Support firemedics wouldn't be dispatched to medical calls immediately or at all. It makes no sense for trained firemedics to remain at the station when they could be providing timely lifesaving patient care.

Our local dispatch centres receive approximately 170,000 to 200,000 EMS related calls a year. They act as the "back-up" for the AHS centres during peak emergencies such as a significant natural disaster or when there are technical issues. The removal of local dispatch will mean uploading 200,000 calls to the current AHS system with no "back-up" system when a natural disaster hits and the 9-1-1 system is overloaded. This means pressure on the system and less timely emergency dispatch for all Albertans.

We are also concerned that rural and remote patients will see a delay in response as AHS will need to send ambulances from a different community while a closer fire vehicle could be sent to provide lifesaving medical care. This issue is local and regional, but it also affects all Albertans and drivers along the QE2, for example, could see delays in emergency response as our Advance Life Support fire units may not be dispatched during times of high collision and the system relies on AHS ambulance only.

Here's a real-life example of how the proposed AHS model could fail:

On September 4, 2020, an RMWB municipal dispatcher was processing an EMS call when another EMS call came in, which was transferred to the Provincial AHS dispatch centre. The AHS provincial dispatcher incorrectly addressed the location of the stroke patient in Fort McMurray, 13 km away from the actual location. The address was then updated incorrectly to 2.7 km away from the stroke patient. The RMWB dispatcher intervened and advised the ambulance crew of the patient's actual location. This error added four minutes to this response – an unacceptable outcome when timing is highly critical for patient outcomes in matters such as stroke.

Health Minister Tyler Shandro has told us this decision is not about money, but we haven't been able to get a clear response to the question – then why? If four previous Health Ministers agreed this plan didn't make sense for patient outcomes over the past decade, why would it make sense now? Communities within the Foothills Regional Emergency Services Commission, who have made the transition to centralization in 2009, have been fighting an uphill battle to get back to an integrated model ever since because of the degradation of service their communities experienced.

We're asking all Albertans -- whether you live in our communities or not -- to reach out to the Premier, Minister Shandro, and your local MLA to let them know you're not willing to compromise on patient outcomes in life and death circumstances. Ambulance consolidation occurred a decade ago, and many communities saw a degradation of service. Our dispatch system remained local and remains efficient. Our request to the Province is resolute: if the emergency dispatch system isn’t broken, don't try to fix it.

Alberta adds 700 enforcers to stop COVID-19 rule-breakers as hospitalizations climb
Nov 27, 2020 5:40 PM
Comments
We welcome your feedback and encourage you to share your thoughts. We ask that you be respectful of others and their points of view, refrain from personal attacks and stay on topic. To learn about our commenting policies and how we moderate, please read our Community Guidelines.