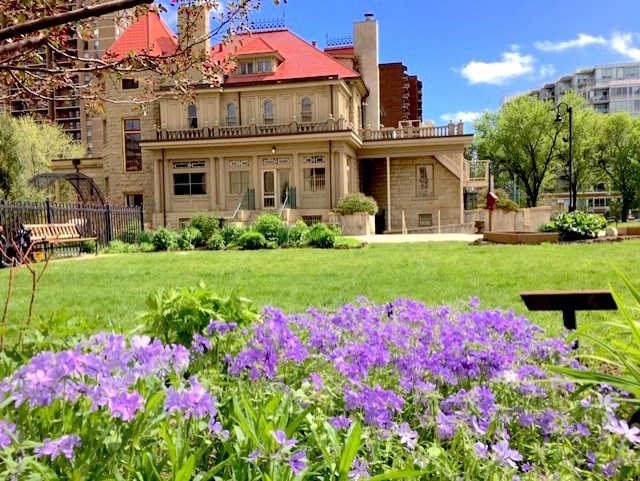 The team at Alberta’s most popular historic mansion is inviting Calgarians to help identify the stories that are told at Lougheed House. The Victorian house, museum, restaurant/gift shop and flower/vegetable garden has been witness to Calgary's history for 129 years, and reflects the evolution of the city.

The Lougheed House Re-Imagined  (LHRI) project is gathering community feedback that will help redevelop the House’s permanent exhibit--one that been on view since the House was restored and opened as a National & Provincial Historic Site in 2005. Feedback will come through virtual information sessions, surveys and consultation with community partners and the public.

Initial feedback shows that some Calgarians have not seen their communities reflected in Lougheed House’s colonial narrative, one that's long been in place in the House’s permanent exhibit. LHRI intends to change the narrative, so the diverse people and perspectives that shaped the city’s past will be represented in future exhibits and programming.

"We are asking our community what they think of when they think of Calgary. Is it a city that lives and dies with the oil economy? An Olympic city? A flooded city? A Stampede city? How about a city formed by fire? A city of race riots? A city that set the stage for some of Canada’s greatest civil rights cases?" asked Caroline Loewen, curator for Lougheed House.

The 7,000 square-foot sandstone prairie mansion, set on its original 2.8 acres, was built in 1891 by Senator Sir James Alexander Lougheed and his wife, Lady Isabella Clark Hardisty Lougheed. The home was the political and social hub of fast-growing Calgary until 1936.

To help identify the stories that have made Calgary the place it is today, visit https://lougheedhouse.civilspace.io/en.

COVID-19 vaccines will work if Canadians play their part, say U of A experts
Nov 30, 2020 5:42 PM
Comments
We welcome your feedback and encourage you to share your thoughts. We ask that you be respectful of others and their points of view, refrain from personal attacks and stay on topic. To learn about our commenting policies and how we moderate, please read our Community Guidelines.