Mary Walsh: Finally, the subject of her own life 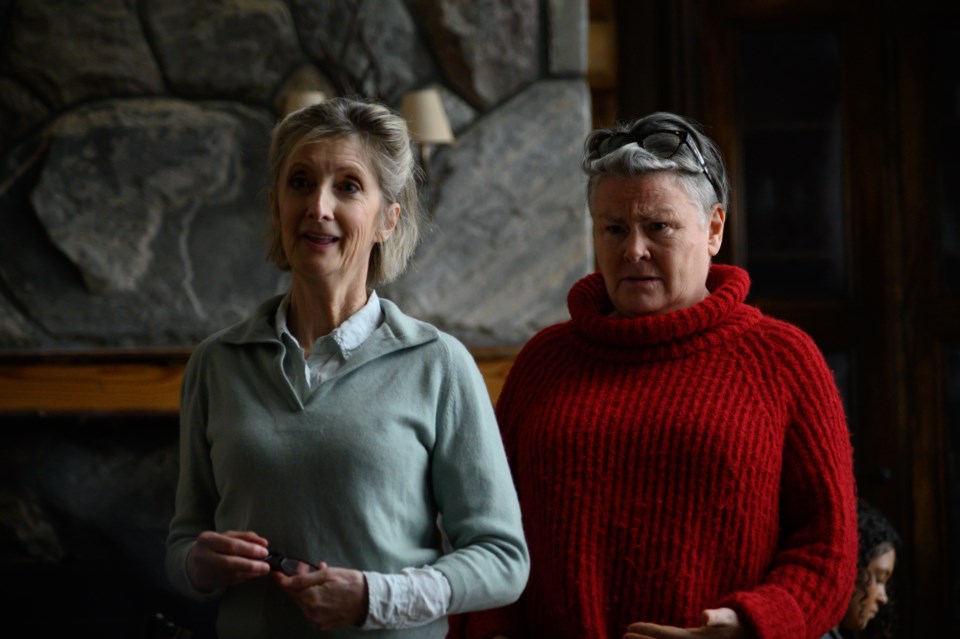 The celebrated actor, author and "great warrior queen of Canadian comedy" (as described by fellow Newfoundlander Deanne Foley about Walsh's popular character Marg Delahunty, princess warrior) is talking about women and aging perhaps more than usual these days. As the 68 year-old promotes recent projects at film festivals around the country, she said she's feeling happier about life the older she gets.

"If I could trade this time in my life with being 18 again--there's no way. Well, if I could be guaranteed to get the Nobel Prize for literature, then maybe?" she laughed, while on the phone discussing her recent dramatic film role in Happy Place.

An adaptation of the play by Pamela Mala Sinha, and directed by Canadian Helen Shaver, the film centres on a group of women residing at an inpatient mental health clinic after various personal crises--rape, depression and attempted suicide among them. Happy Place closed the Edmonton International Film Festival during Mental Health Awareness Month--an issue close to Walsh's heart.

"Ultimately, the film is about community and learning to find a way to exist alongside your pain," Walsh said of her character Mildred, a coarse woman who hasn't been able to cope with the fallout of a botched, life-changing surgery. "Like with most trauma, there's no perfect answer, but there's healing, and hope."

That could be a metaphor for Walsh's own life, one that has seen great success writing and performing in iconic sketch comedies like CODCO and This Hour Has 22 Minutes. Add winning 18 Gemini's, a few Canadian Screen Awards, writing her first novel and a couple of honourary doctorates to the list too. But while Walsh describes her life today as 'coming into fruition--a time of harvest', her younger decades included battling alcoholism and time she said was wasted trying to be an object of desire.

"My 20s were difficult. It's exhausting when you're worried about sex, marriage or having a baby. It's hard to be funny when you're concerned with how you look, but when you get past that, there's great freedom," said Walsh, who has been married to Donald Nichol since 2002.  "Getting away from teetering on punishing pumps and the beige prison of foundation garments frees you up in amazing ways. The journey we travel as women moves from being an object of someone's attention to becoming the subject of our own lives."

"It's because we lose our power. As we age, we're no longer an object of desire, and we're not fertile anymore. Suddenly we have no place in society. But that's when life can start. For me that happened around age 50, when things physically started dropping," she said, imitating her old lady 'Oh my neck, oh my back' lament. "Old age isn't for sissies, but it's also when you can become comfortable with who you really are--not some made-up person."

A spokesperson for Bell Let's Talk Day, Walsh continues to be a passionate advocate for mental health and addictions research and treatment across Canada.

"Our country spends the least of all G7 countries seeking answers to mental health issues. We need to recognize that physical and mental health are both part of the whole being, and that mental illness shouldn't be treated as though it's all a Stage 4 cancer. There are varying degrees that we can manage differently."

As for professional satisfaction as she nears 70, Walsh admits "there's still parts I'm up for and don't get. But I feel the world and women in my industry are just catching up to where I am. The time I spend now is as an agent of my own destiny."

"The more I look into it, I think life gives us a big bag full of happiness as we get older."

Update: Winter Wonder Forest a 'contact-free' holiday extravaganza
Nov 30, 2020 1:55 PM
Comments
We welcome your feedback and encourage you to share your thoughts. We ask that you be respectful of others and their points of view, refrain from personal attacks and stay on topic. To learn about our commenting policies and how we moderate, please read our Community Guidelines.