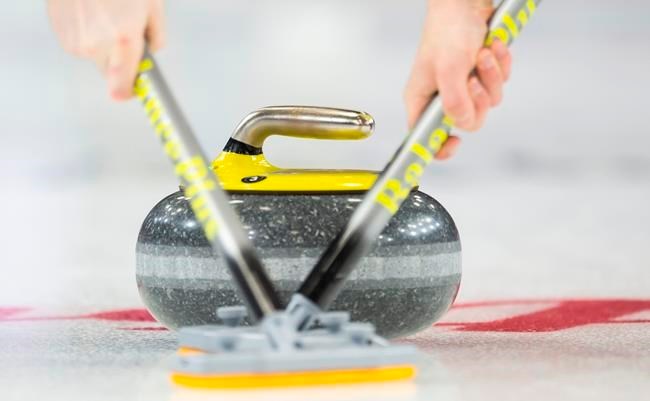 The World Curling Federation confirmed the decision in accordance with the Scottish government's protocols to prevent the spread of COVID-19.

Brad Gushue's rink from Newfoundland and Labrador was going to represent Canada at the world championship March 28 to April 5 after winning the 2020 Tim Hortons Brier earlier this month.

All ticket holders for the men's world championship will receive a full refund.

The World Curling Federation is considering how this will impact the Olympic qualifications for the 2022 Beijing Winter Olympics.

The World Curling Federation is still evaluating if the world mixed doubles and world senior championships, both scheduled to be held in Kelowna, B.C., will go on as planned.

Plans for the European C-Division championships in Ljubljana, Slovenia, are also to be determined.

This report by The Canadian Press was first published March 14, 2020.

Alberta's premier rejects call to fire health minister over abuse of citizens
Mar 27, 2020 6:46 PM
Comments
We welcome your feedback and encourage you to share your thoughts on this story. We ask that you be respectful of others and their points of view, refrain from personal attacks and stay on topic. To learn about our commenting policies and how we moderate, please read our Community Guidelines.