Metis family contributes to community through the generations 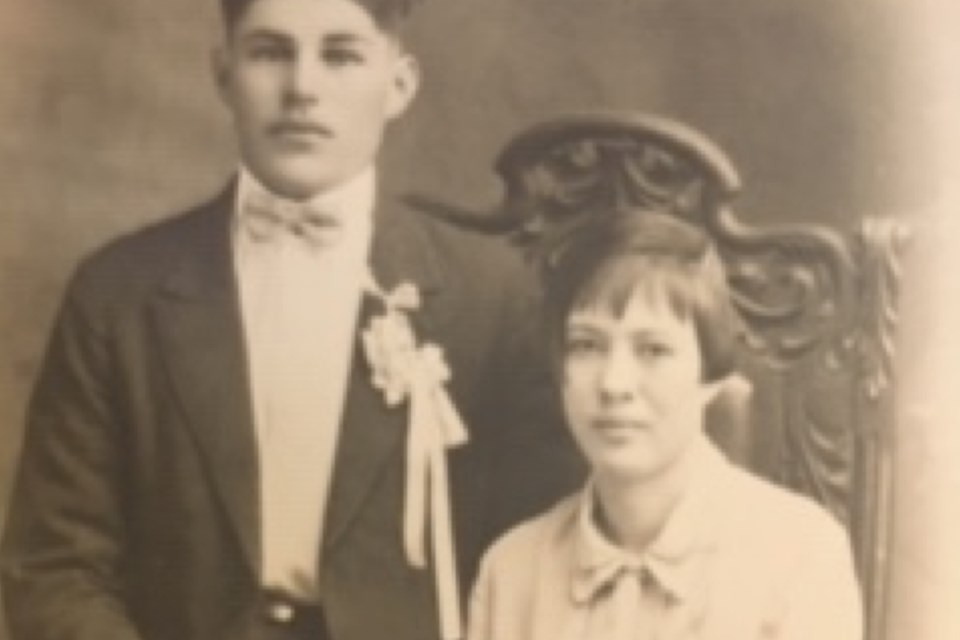 Patrick and Mary Cunningham wedding photo. The Cunningham clan of St. Albert represents generation after generation of achievement by a local Metis family; from the late 1800s to present day. Photo: submitted by Laura Doroshenko

Though Indigenous people have lived along the Sturgeon River in central Alberta for thousands of years, it was Metis homesteaders that helped create and grow the small city of St. Albert, northwest of Edmonton. One of the community's founding families, the Cunninghams, still call the original family site in Sturgeon County home. Though there's a street named after the family, its successful school bus company running through town and the original homestead open for tours at River Lot 24 near the St. Albert grain elevators, the family matriarch hopes to see the bridge leading out to the family property named after the Cunninghams too. Because history and legacy matter.

"There was a rope over a swimming hole under the bridge, and all the early families of the area always called it Cunningham Bridge. I'd like to see the name become official, before more development happens and it gets named something else. It's important that Metis history stays in the spotlight," said Laura (Cunningham) Doroshenko, who now manages the most recent family enterprise: Cunningham Transport--a fleet of 186 school buses with 190 employees, a full service shop and driver training school--all from near the original homestead site near Sandpiper Golf and Country Club in Sturgeon County.

"The Cunninghams have made important contributions to St. Albert since the beginning--and several of John Cunningham's family members have played a significant role in the development of the city," said Vino Vipulanantharajah, archivist at the local Musee Heritage Museum, where photos and a list of family accomplishments are on display.

In the late 1880s, a few Cunningham brothers got river lots--script--and helped create an important Metis settlement. During the Riel Resistance of 1885, Samuel Cunningham was captain of the St. Albert Mounted Rifles (brother Alfred was a sergeant), a group formed to protect St. Albert and area. James Cunningham was a freighter in the late 1800s, as was his brother Henry, who also served on St. Albert's first town council in 1904. Edward Cunningham became the city's first Metis Catholic priest, while John Cunningham came from west of Manitoba with fur buyers, and died in a buffalo hunt in 1868. Doroshenko's dad Edward, now 84, and her mom Jean Comeau, 79, ran the family farm and then founded Cunningham Transport in the 1970s, a company they still own today.

"When mom and dad started the bus company, dad was the first and only driver and makeshift mechanic. I'm proud of our 49 years as a Metis business: a locally-owned and operated bus company to this day. We handle all the Public ,Catholic and Francophone divisions in St. Albert and Edmonton, and routes in Onoway too," said Doroshenko.

As one of five children growing up on the homestead in the 1960s, Doroshenko remembers a farm busy with chickens, cattle, pigs, oats and grains. Getting to school involved a horse and sled, not a big orange bus.

"It used to be a straight line from the farm to the grain elevators. My dad (Edward) and uncle (Chester) helped grandpa (Patrick) on the farm, and they went to school, curled and played ball in town too." Another prominent Cunningham, Doroshenko's uncle Chester created the Native Counselling Services of Alberta, which runs programs for children, at-risk youth and in correctional facilities, as well as offering representation in the court system. In his time, Chester Cunningham received The Order of Canada.

Then and now, the Cunninghams keep Indigenous matters at the heart of their legacy.  Doroshenko's son Zack works with an Indigenous organization, and her daughter Sarah Midanik is president and CEO of The Gord Downie & Chanie Wenjack Fund, (downiewenjack.ca), which aims to improve the lives of Canada's First People by telling Wenjack's residential school story. Through 1,600 legacy schools and spaces across the country, Midanik said the fund's goal is to educate Canadians about the true history and legacy of residential schools.

"We were raised to be service-oriented. My mom took over the bus company granny started, so we have that example of strong, inspiring matriarchs in the family," said Midanik, who previously ran the Native Women's Resource Centre in Toronto. Doroshenko herself is a regular donor to the St. Albert Housing Society, which helps seniors, families, and individuals find safe and secure affordable housing.

Today, Doroshenko's son Zack lives in the home her parents built in the 1960s, the home her brother lived in before that and her parents before him--a passing of land and tradition from one generation to the next that will no doubt continue. Because history and legacy matter.

Indigenous tourism grows in popularity
Aug 9, 2020 9:52 AM
Team says technical issues from 'unprecedented demand' left Oilers raffle in limbo
Aug 8, 2020 7:15 PM
Comments
We welcome your feedback and encourage you to share your thoughts. We ask that you be respectful of others and their points of view, refrain from personal attacks and stay on topic. To learn about our commenting policies and how we moderate, please read our Community Guidelines.