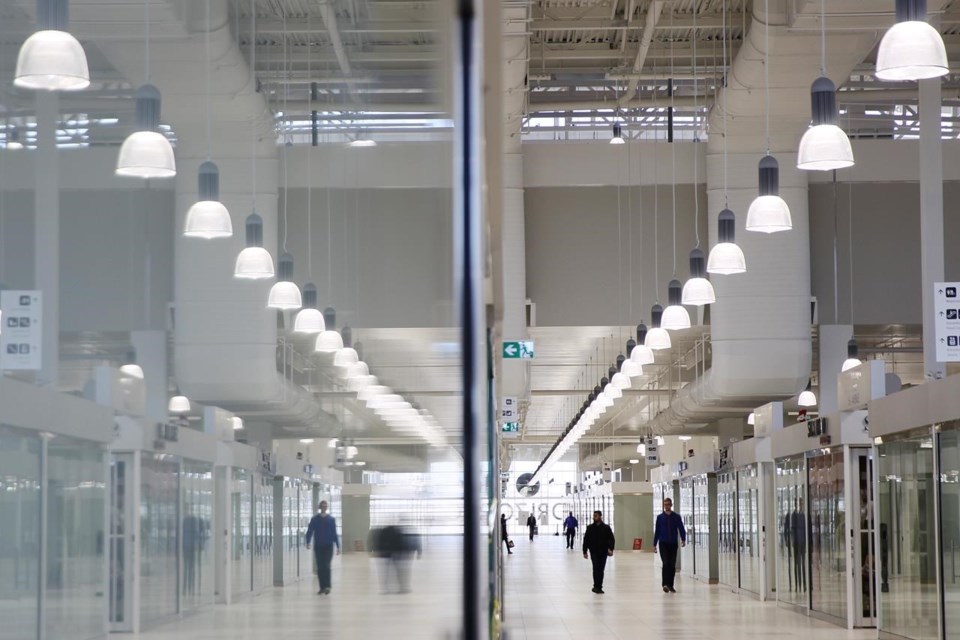 CALGARY — The New Horizon Mall just north of Calgary says it will finally exceed 50 per cent retail tenant occupation nearly two years after opening thanks to the addition of a family entertainment centre called Sky Castle.

The mall says the new tenant will open in the fall with about 3,100 square metres (34,000 square feet) under a long-term lease with attractions including a climbing zone, little kids mini-town, rides and interactive games.

Unlike most shopping centres in Canada, about 70 per cent of New Horizon Mall's retail space has been sold to individual investors who have the option of leasing to others or operating their spaces themselves. It was built as an Asian-style bazaar by the same developers that built Toronto's Pacific Mall.

It began allowing tenants to set up their small shops in May 2018 but only nine of its 517 spaces were actually occupied four months later. Leasing has continued to be slow despite incentives by the mall and the individual store owners.

The mall says signing its third anchor tenant means about 86 per cent of the space it retained ownership of will be occupied.

"There was a lot of interest in this space from many different organizations but we wanted a strong anchor tenant that will attract shoppers and families and we are ecstatic to have Sky Castle on board," said Ross Cannata of New Horizon Mall Inc.

The other anchor tenants are Prairie Horizon Fresh Market and The Best Shop department store.

This report by The Canadian Press was first published Feb. 27, 2020.