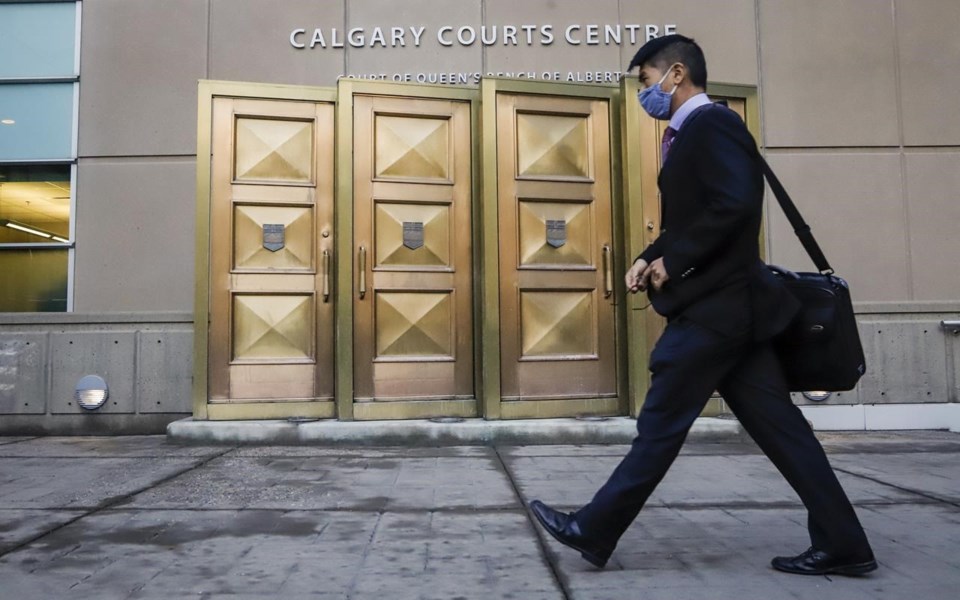 CALGARY — A man with a benign brain tumour who lost consciousness and killed a Calgary woman with his truck has vowed to never drive again.

James Beagrie was charged with criminal negligence causing death in the May 2017 death of Anjna Sharma, a mother of three who was on a walk during a work break. Last fall, Beagrie pleaded guilty to a lesser charge of dangerous driving causing death.

Beagrie told court he won't drive when he's released from prison, unless it's a matter of "life and limb."

"When I come out, I know I will be a better man and the roads will be safer because I won’t be on them," he said.

Richards said while Beagrie's guilty plea and remorse are mitigating factors, he has a high degree of moral culpability.

Court heard Beagrie had been told by his doctor not to drive and that he had blacked out and got into a single-vehicle crash three months before Sharma's death.

Fay said his client wishes he could turn back the clock, but the next best thing he can do is accept responsibility.

Fay noted health care and programming are more easily accessed in federal institutions than in provincial ones. A sentence under two years would be served in a provincial jail.

Court of Queen's Bench Justice Richard Neufeld is to hand down his sentence Thursday.

Richards read victim impact statements in court on behalf of Sharma's husband, children and mother, who described the hole her death has left in their lives.

Sharma's husband of 23 years said she had been by his side for half his life.

"I feel battered and bruised, never whole again without her," Suneet Sharma said.

"I can no longer live an ordinary life and my heart suffers from the deepest wound — a wound from which I will never recover."

Her children — who were 12, 15 and 19 at the time of the crash — described struggling with anxiety, depression and anger, as well as missing school.

"Our mom won't be there to see us celebrate our good moments or support us in our bad moments," said the eldest daughter, Saniya. "She wanted to see us grow old and be there throughout our ups and downs."

The middle child, Rudransh, said "original me" died the day his mother did.

Sharma's youngest child, Archisha, said she dreamt of her mother watching from the front row as she danced onstage.

"I want to see her smile and cheer me on and I wanted her to know that all the hard work she did for me wasn't a waste," she said.

"But how is that dream ever going to come true if that main person isn't even alive?"

Sharma's mother, Asha, said her daughter was a caring mom, hard worker and beautiful like a "film actress."

"I had only one daughter and she was one in a million," she said.

"I do not know how to live without her presence in my life."

This report by The Canadian Press was first published Feb. 22, 2021.