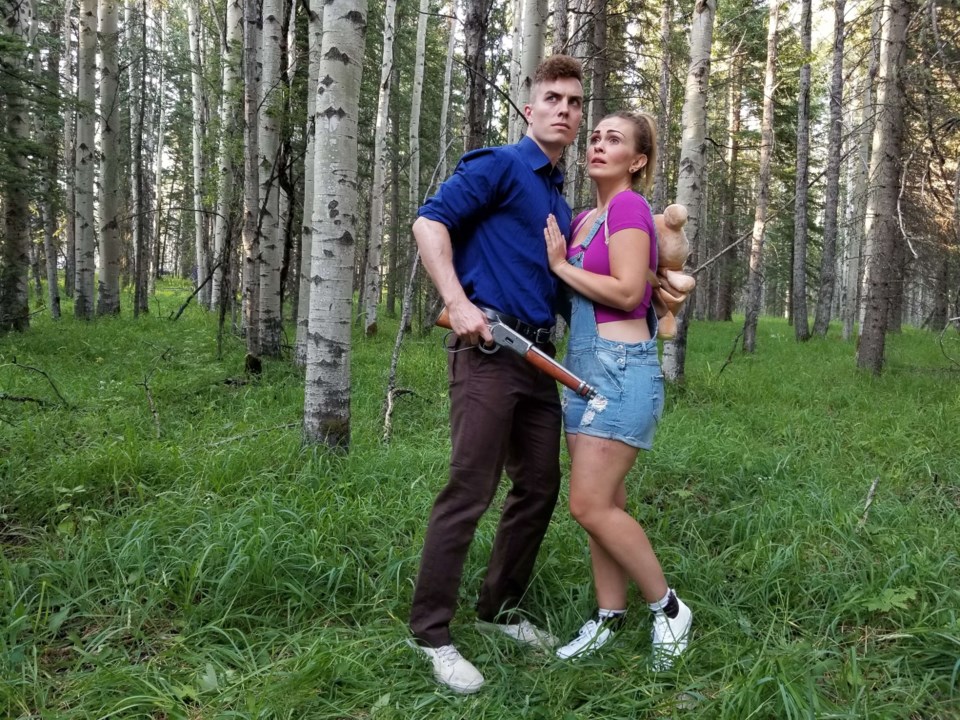 Evil Dead: The Musical: A past entry in the popular Edmonton International Fringe Festival. This year, a telethon and online festival will offer some comfort to those missing their August festival fix. Photo: Great West Newspapers

Fringe Fans may not be able to get their summer festival fix this year due to the COVID pandemic, but they will still get a chance to be part of the action. The first ever, old-school Edmonton International Fringe Festival Telethon: Tears, Bears and Tickets You'll Never Use: A LIVE Fringe Telethon will run all day Wednesday, August 5 from the Westbury Theatre in Old Strathcona.

Fringe Festival artistic director Murray Utas said the goal of the telethon--along with other creative fundraising initiatives--is to raise $1 million for the Edmonton International Fringe Festival. From that, 30% will go to a newly established artist endowment fund to support artists in need for years to come, and 70% will be directed towards Fringe operations to build the planned festival in August 2021.

Facing the same hurt as other arts organizations that have seen theatre shows, festivals and concerts cancelled this year because of COVID-19, the Fringe is expected to take a $3 million loss by losing out on the 39th annual Fringe Festival. Utas said this directly affects behind-the-scenes workers and staff, and the 1,600 out-of-work artists dependent on ticket sales that annually generate over $1 million in sales.

“When you get involved with the fringe festival, you contribute to the artistic community in Edmonton" said Utas. “Every donation from Edmontonians is extremely important, valued, and needed for us to keep on Fringing in the future.”

Donors are encouraged to offer the amount they'd normally spend at the Fringe (the same spent on tickets, the program guide and green onion cakes), suggests Utas. You can buy the Fringe a beer ($7), buy a ticket to a show you'll never see ($10), or donate $39 in celebration of Fringe's 39th year.

The Fringe That Never Was will replace the annual summer festival this year Aug. 13-23. The online celebration of art and community will include performances, interviews, the Friday night fire show, Fringe TV shows and contests, including the BYOBT (Bring Your Own Beer Tent) contest and the ATB Golden Ticket promotion which runs all month. See fringetheatre.ca for info on the fundraising telethon and the upcoming online festival.

Alberta's top health official says province is not in a second wave of COVID-19
Sep 24, 2020 4:49 PM
Comments
We welcome your feedback and encourage you to share your thoughts. We ask that you be respectful of others and their points of view, refrain from personal attacks and stay on topic. To learn about our commenting policies and how we moderate, please read our Community Guidelines.