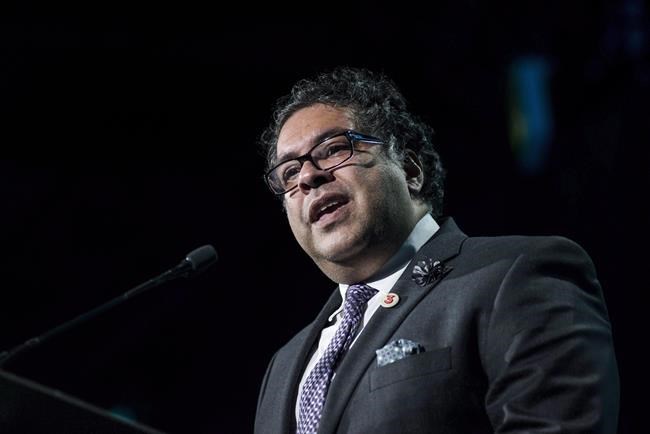 Calgary Mayor Naheed Nenshi won't be running in the municipal election in the fall.

Nenshi, the first Muslim mayor of a big Canadian city when he was elected in October 2010, made the announcement Tuesday on social media.

The 49-year-old, who has a master's degree from Harvard University, has served as mayor of Calgary for three terms.

He said leading the city has been the honour of his life.

He added that he's not going anywhere and his family is fine, but it's time to make room in the job for someone else.

Nenshi said he sought a lot of advice on the matter. But the hardest conversation he had was with himself.

"Is it irresponsible at this moment to be passing on the baton at such a critical time for Calgary when we're facing so many different things?"

Nenshi knew it would be his last term but hadn’t decided when to make it public.

"I made the decision last Thursday ... now I've got to rip off the Band-Aid and tell people."

Nenshi, who oversaw Calgary through massive flooding in 2013, said he never expected things could change so much with the COVID-19 pandemic.

"Like so many of us, COVID took a lot away and that is a bit of a regret for me."

Before entering politics, Nenshi was a business professor at Calgary's Mount Royal University and a management consultant.

This report by The Canadian Press was first published April 6, 2021.

Emotions show as call to prayer broadcast during second Ramadan in lockdown
Apr 19, 2021 2:00 AM
Comments