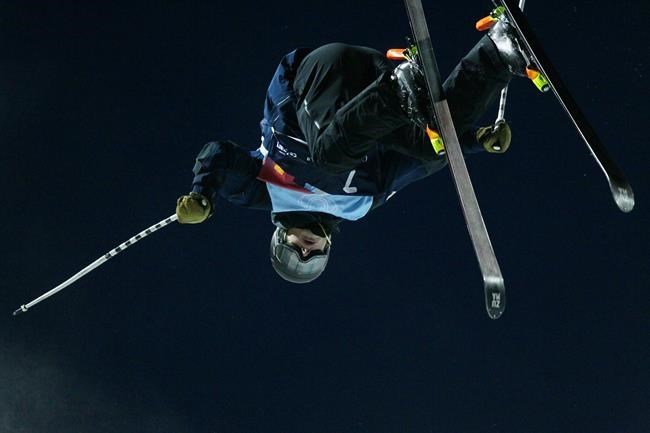 Not only have the pair been dating for three years, they've been making names for themselves on Canada's World Cup freestyle skiing team at the same time. MacKay and Karker, both 22, captured silver medals in the men's and women's skiing halfpipe event at a World Cup freestyle event at Canada Olympic Park.

"It's a really nice way to have our Valentine's Day," MacKay said. "We don't even have to get each other stuff."

After finishing second behind China's Eileen Ailing Gu, Karker cheered on MacKay to his silver-medal showing from the bottom of the hill.

"It's a pretty ideal Valentine's Day," she said. "We can just both go out with a second-place finish and have some fun tonight."

MacKay saved his best for his third run as he scored 91.00 points from the judges to put him in second spot behind Gus Kenworthy's impressive 93.20-point run.

Kenworthy is an American who was competing for Great Britain for the first time.

Americans Birk Irving and David Wise finished in third and fourth place respectively, while Calgary's Noah Bowman, 27, had to settle for a fifth-place finish.

Bowman had a chance to win the men's freestyle halfpipe Crystal Globe with a better showing, but wound up 20 points behind World Cup leader Aaron Blunck the United States, who didn't qualify to compete in the finals in Calgary.

"I wanted the Crystal Globe for sure, but it's been an amazing season going head-to-head with Blunck the whole time," Bowman said. "It's been the best season of my life and I'm super proud of what I achieved."

After scoring 89.20 points on her first run, Karker took a fall on her second trip down the halfpipe.

"I'm pretty sore. I hurt my elbow a little," said Karker, who admitted that the compact season has taken its toll on her. "Honestly, at this point of the season, after four contests back-to-back-to-back-to-back, I'm running on fumes right now. I kind of knew that my first run was my best shot. It was when I was most energetic and aware and I'm glad it worked out."

She wasn't able to better her first score on her third run, but still wound up in second spot behind Gu, who scored 94.00 points on her final run.

Although Russia's Valeriya Demidova finished in third with a score of 87.20 points, she still managed to finish atop the women's World Cup standings with 300 points to win the Crystal Globe.

This report by The Canadian Press was first published Feb. 14, 2020.

Collision between tractor and truck claims man's life
Feb 17, 2020 6:00 PM
Comments
We welcome your feedback and encourage you to share your thoughts on this story. We ask that you be respectful of others and their points of view, refrain from personal attacks and stay on topic. To learn about our commenting policies and how we moderate, please read our Community Guidelines.