Athletes applaud decision to pull out of Olympics 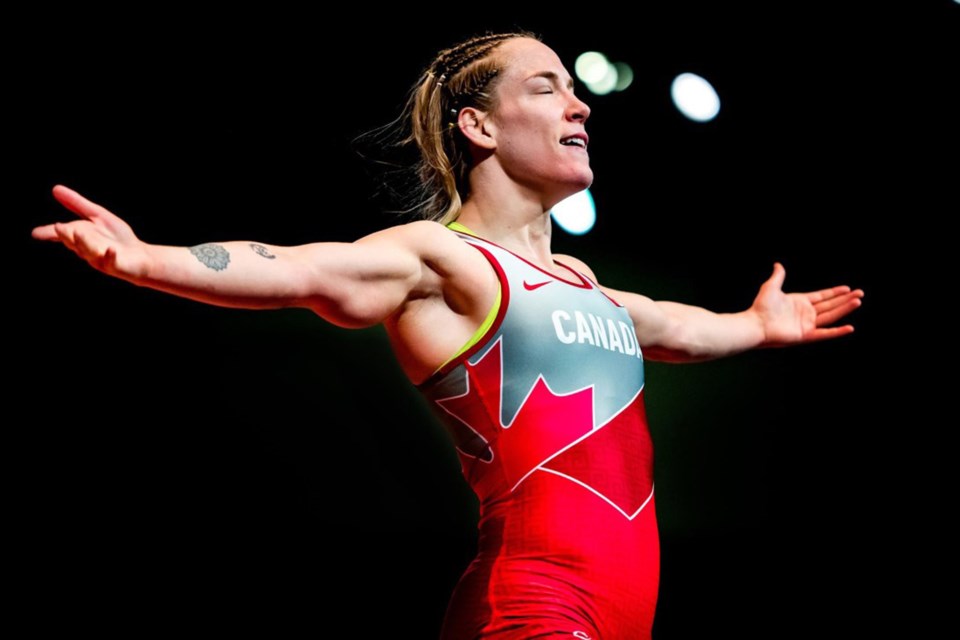 Former Olds resident Danielle Lappage celebrates after qualifying for the 2020 Olympics during trials in Ottawa. This marks the second time Lappage has qualified for the Olympics. She qualified for the 2016 Rio Summer Olympics, but had to pull out, due to an injury. Submitted photo

OLDS — Two local athletes who hope to compete for Canada in the Olympics say the Canadian Olympic Committee and Canadian Paralympic committee both made the right decision this past weekend to pull out of the games if they proceed on July 24 as scheduled.

Both committees said that decision was made due to concerns over the COVID-19 pandemic and a desire to protect the health of athletes and spectators.

They called on the International Olympic Committee (IOC) to postpone the Olympics for a year. At press time, it was not clear if the IOC would do so. Officials said the would make a decision on that within four weeks.

Wrestler Danielle Lappage, 29, grew up in Olds but now lives in Calgary. She qualified for the Olympics during a tournament in Ottawa March 14.

Rachel Andres, a discus thrower who lives in Olds and coaches track athletes, has been trying to qualify for the Olympics, but has been unable to so far, partly because some competitions have been cancelled in the wake of the COVID-19 pandemic.

Lappage said the past 10 days or so have been an “emotional rollercoaster” for her.

“The threat that the games could be taken away is heartbreaking, after all I have been through and overcame to qualify,” Lappage wrote in an email.

“However, I do believe it was the right choice. The health of the athletes, our families, our communities is more important than sport,” she added. “I only hope the IOC also decides to put humanity first and postpone the games.”

Andres agrees with that thought.

“This decision is not only in the best interest of the athletes and their health, but also the country as a whole,” she wrote. “Going to the Olympics, provided this situation is under control, would just lead to another outbreak with athletes and fans from all over the world joining together in close spaces.”

She said the best decision would be to delay the summer Olympics to 2021 or 2022. She noted it will take time to renegotiate contracts as well as deals with sponsors.

“It is a massive undertaking to move the Olympics, but it is really the only option if the IOC wants a real Olympics to take place without worsening the COVID-19 situation,” Andres wrote.

This is the second time Lappage has qualified for the Olympics.

She qualified for the 2016 Summer Olympics in Rio de Janeiro, but had to pull out on the day of her first match, due to an injury.

Lappage was the first wrestler to qualify for Tokyo during the March 14 tournament.

She was supposed to meet an opponent from Cuba — another major competitor — in the final.

However, that woman pulled out, citing an injury, so Lappage was awarded the victory by default.

Lappage agreed it’s a bit ironic that she should win gold after an opponent forfeited the match due to injury because she had to forfeit her match in Rio in 2016.

She is skeptical about the Cuban opponent’s injury.

“I don’t think this girl is injured,” she said.

“She competed at the championship the week before; had a lot of matches, and she qualified. So there’s no point of her putting her body through another match.”

Lappage said she herself did not have any injuries.