EDMONTON — Jaime Elizondo has been hired as the head coach of the Edmonton Football Team. Edmonton made the announcement Monday morning. Elizondo will also serve as Edmonton's offensive co-ordinator and quarterback coach.
Feb 1, 2021 1:45 PM By: Canadian Press 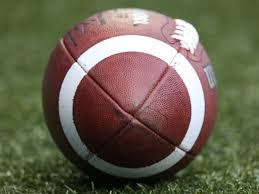 EDMONTON — Jaime Elizondo has been hired as the head coach of the Edmonton Football Team.

Elizondo replaces Scott Milanovich, who resigned the post last week and is expected to be named the quarterback coach of the NFL's Indianapolis Colts.

Elizondo served as the Ottawa Redblacks offensive co-ordinator from 2016-2018, helping the franchise win a Grey Cup title in 2016. He reunites with Edmonton starter Trevor Harris as the two spent three seasons together with the Redblacks.

Harris threw for a career-high 5,116 yards in 2018 and also that year had a league playoff-record six touchdown passes in Ottawa's 46-27 East Division final win over Hamilton. Harris has accumulated 13,096 passing yards and 68 touchdowns and completed over 70 per cent of his attempts playing for Elizondo.

"We're thrilled to announce Jaime Elizondo as the new head coach of the Edmonton Football Team," Edmonton general manager Brock Sunderland said in a statement. "Jaime is an innovative play caller with proven success in the CFL.

"Along with his winning history in this league, he is a good leader who communicates well and we align philosophically on what we believe it takes to build a championship program."

Elizondo began his CFL coaching career in 2008 as a receivers coach with Montreal. After spending the 2009 season at Syracuse University, Elizondo returned to the CFL in 2010 as Toronto's offensive co-ordinator and receivers coach.

He completed a second stint with Toronto as receivers coach in 2015 before joining the Redblacks.

Elizondo is a graduate of the University of Maryland and also holds a law degree from the Washington College of Law at American University.

This report by The Canadian Press was first published Feb. 1, 2021.