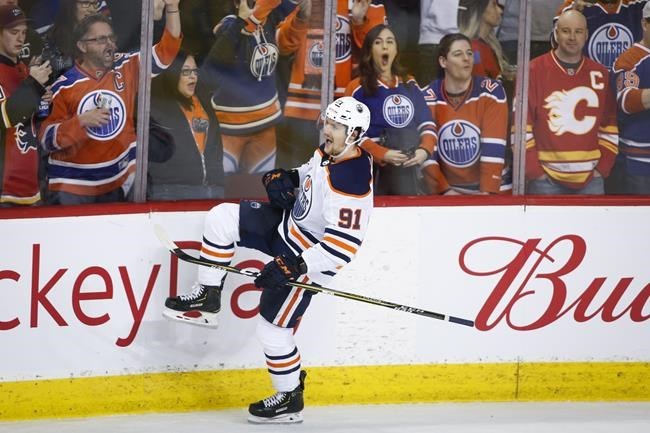 EDMONTON — The Edmonton Oilers have signed forward Gaetan Haas to a one-year contract extension through the 2020-21 season.

The 28-year-old native of Bonfol, Switzerland has five goals and five assists in 58 games with the Oilers.

The six-foot, 181-pound forward ranks sixth among Oilers forwards in hits (68) and fifth in blocked shots (28).

He was originally signed by the Oilers as an undrafted free agent on July 2, 2019.

This report by The Canadian Press was first published April 28, 2020.