From Calahoo To Chicago: Ian Mitchell’s Journey to the NHL 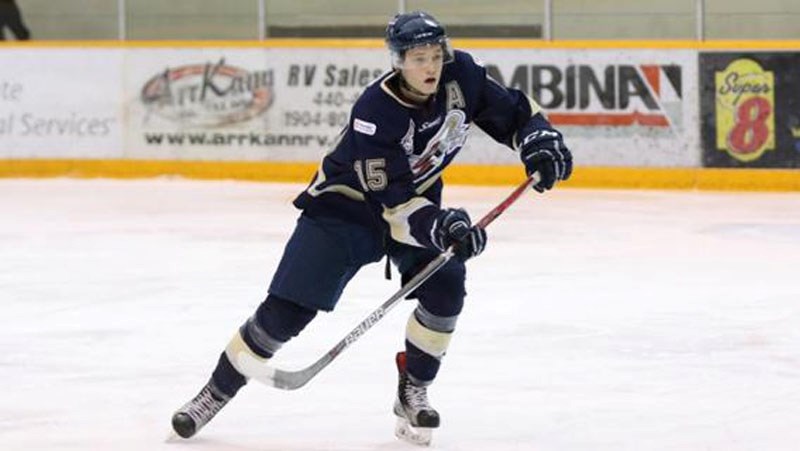 When Ian Mitchell, 22, first took to the ice at Amalie Arena in Tampa, Florida, on Jan. 13, it was the end of a winding journey and the start to a new career.

Ian’s NHL debut with the Chicago Blackhawks lacked the fanfare a top draft pick would endure and it was instead a moment that held personal significance for him and his family. Despite the Blackhawks losing the game 5-1 to the Tampa Bay Lightning, Ian's parents, Bill and Sara Mitchell, said their excitement was immeasurable.

“Seeing him on the first shift was pretty cool,” said Bill. “We were just like, ‘Wow, he’s out there!'”

While he was born in the community of St. Albert, much of Ian's childhood was spent in the rural hamlet of Calahoo, a community of just under 100 people and about a 30-minute drive from St. Albert. It was here that he played minor hockey alongside his younger brother Sean, 18, who could tell that there was something special about Ian.

“At home seeing all the work that he put in ... constantly coming home from school and shooting pucks and working on the craft,” said Sean, “You could just tell that he was kind of ready (to take that next step).”

After leaving the Calahoo Minor Hockey Association, Ian spent a few years with the Spruce Grove Saints before leaving home to play with the University of Denver of the NCAA. Though Ian wasn't available for an interview, his family said it was a move that was hard on them but one they think was the right decision for Ian.

“He was a homebody,” said Sara, “(Ian leaving home) allowed him time to develop and it gave him three years to get bigger and stronger and more mature.”

Hockey is deeply ingrained within the Mitchell family as well. Ian's father was teaching power-skating by the age of 11 and his uncle, Roy Mitchell, played professional hockey for over 10 seasons. While Roy is currently living in the United States, he has still been a source of advice as Ian takes his first steps in the professional world.

“I definitely try to look at the situation he is in and guide him the best I can,” said Roy, “I understand that it is a very high-stress environment and he’s a very mature young man that has excelled at every level so I try to tell him about what I have experienced.”

Ian is only six games into his NHL career but he has already shown lots of promise with the Blackhawks. Through those games he has picked up his first NHL point on an assist against the Detroit Red Wings last Friday and has found himself a role as a top four defender with the club.

Ian Mitchell joins a select group of players from St. Albert currently playing the NHL, including Colton Parayko of the St. Louis Blues and forward Tyson Jost of the Colorado Avalanche.