In The Rings: Steski meeting with Curling Canada described as positive step

Only the Manitoba and Alberta representatives yet to be determined for the Brier
Feb 4, 2020 10:19 AM By: Canadian Press 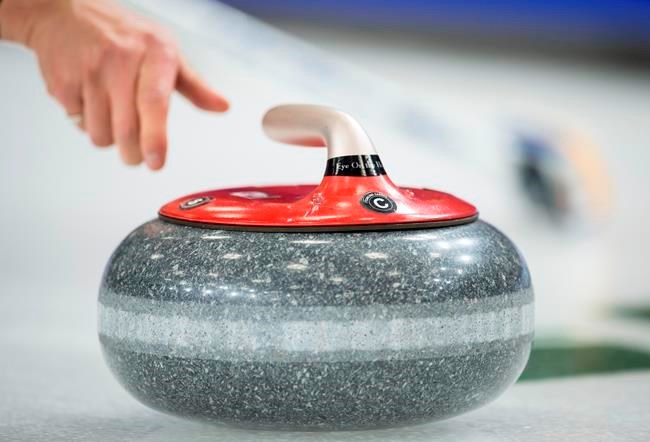 Elite-level curlers appear to have more of a collective voice with word that Peter Steski is serving as a point person to address player concerns and issues with competition organizers.

In recent seasons, informal groups of top curlers would occasionally meet with the federation or event organizers to discuss concerns. Player purses, cresting and competition formats were some of the main talking points.

"It's just a challenge because obviously they've been doing something for so long and they have something that's safe," Gushue said. "Making any changes, no matter what you do in life, sometimes there's that level of uncertainty.

"You've got to sometimes take that leap of faith that it's going to work."

By and large, the players have solid relationships with the sport's governing bodies, bonspiel managers on tour as well as Grand Slam of Curling organizers.

Player purses have improved substantially in recent years. The curling scene remains strong in this country and the sport is growing exponentially in some international markets, most notably Japan.

Curling Canada recently announced changes to its payout structure at top events like the Tim Hortons Brier, Scotties Tournament of Hearts, Continental Cup and Canada Cup. Purses were boosted and pay equity is now in place across the board.

However, sponsorship remains an issue for some teams as funds generated from wearing logos on team jackets and shirts can be a substantial source of income.

It's not a concern at WCT events or on the Sportsnet-owned Slam series, but strict cresting policies are in place at prominent events on the Season of Champions calendar.

The subject is likely at the top of the to-do list for Steski, a former elite competitor who has been involved in curling for decades and has relationships in place with top teams.

The issue for team sponsors is they're unable to take advantage of the spotlight from some highly rated showcase competitions. At the same time, event sponsors help create player income that wasn't there a generation ago.

There was no word on whether Steski and Henderson plan to meet again. It's also unclear whether he plans to meet with World Curling Tour and/or World Curling Federation officials as well.

"Obviously there's a number of players that are probably expressing more of their viewpoints to Pete," Gushue said in a recent interview. "But Pete is really trying to get everybody's views and kind of compile it together so that we have one central person doing the communicating now."

Steski was among a group of 18 top teams who did not compete in the Brier in the early 2000s due to concerns about prize money, event scheduling and sponsorship issues.

They instead participated in the upstart Grand Slam series, a circuit that currently runs six events a season. Steski, a Toronto-based financial adviser, remains a presence at the Slams as an in-arena host.

The previous players' association has been dormant for several years. It's unclear if Steski plans to restart that group or begin something new.

If any changes are forthcoming, they likely wouldn't start until next season at the earliest. The 2020 Scotties begins Feb. 14 in Moose Jaw, Sask., and the Brier starts Feb. 28 in Kingston, Ont.

Players have also been concerned about back-burner subjects like practice time duration, tiebreaker formats and playoff structures. Scheduling — some tour events have six draws in a single day — are also a concern at some bonspiels.

"If we can get that voice solidified so every event we go into we have some input on how things are going to run and operate, I think that's going to be a real benefit for the game," Gushue said.

The play-in game at the Scotties Tournament of Hearts was guaranteed to be a Manitoba affair even before the provincial playdowns wrapped up last weekend.

Kerri Einarson won the Manitoba title to send Jennifer Jones into a loser-goes-home matchup against top-ranked Tracy Fleury on Feb. 14. The winner stays in the event as Team Wild Card.

The men's wild-card race, meanwhile, is still up in the air with only the Manitoba and Alberta representatives yet to be determined for the Brier.

Play-in game spots will go to the two highest-ranked teams in the Canadian standings who do not win their respective provincial or territorial playdowns.

Fourth-ranked Mike McEwen of Manitoba (303.273 points) and No. 5 Brendan Bottcher of Alberta (276.246) would qualify in the event they don't win provincial titles.

Kevin Koe (Canada) and Matt Dunstone (Saskatchewan) are next on the points list but have already locked up Brier berths.

In The Rings, a curling column, is published weekly.