“This track brings the best out of ski cross with big airtime big features and tight racing all the way to the finish. You can’t ask for a better course. I’m looking forward to getting back on the big track and seeing if I can lay down some fast laps.”
Feb 5, 2021 11:45 AM By: Evan Buhler 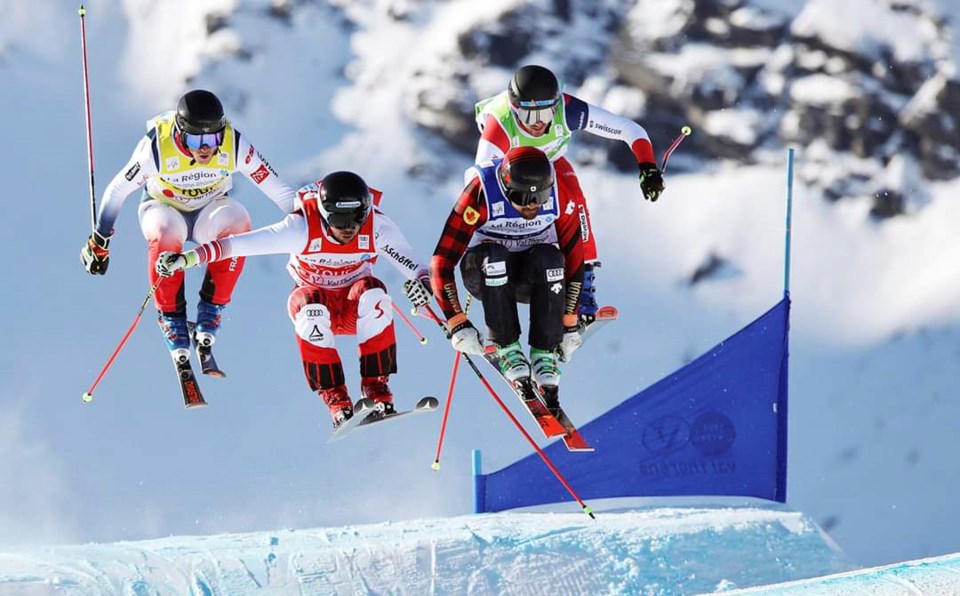 GERMANY – After both ski cross world cup events in Germany were cancelled last weekend, racers are returning to Sweden for the 2021 world championships.

Despite efforts by the crew of the organizing committee, track conditions were ruled unsafe due to a combination of fresh snow, warm temperatures and heavy fog, forcing both races to be cancelled.

“Definitely not an ideal scenario to have two races cancelled after all the prep we do to prepare, but with an outdoor sport this happens from time-to-time and you must acknowledge that and then move on,” said Canmore’s Kris Mahler in an email about the races in Feldberg. “I think it would have been really fun to race and hopefully we get the chance next season.”

The world’s best ski cross racers will now return to Sweden’s Idre Fjall, where the skiers most recently raced, for the FIS Ski Cross World Championships on Saturday, (Feb. 13).

The world championships occur every two years and serves as a “test event” in the year before the Olympic Games. The originally scheduled world championships in Zhangjiakou, China, the site for the 2022 Games, were cancelled earlier this season, and it was announced on Jan. 17 that the championships would take place at Idre Fjall.

Each nation is allowed to select four athletes from each gender, and this event will be Mahler’s first time representing the Maple Leaf at the world championships.

Joining Mahler in Sweden is Reece Howden, Brady Leman and Chris Del Bosco for the men. For the women, 2019 world champion Marielle Thompson will lead the charge along with Courtney Hoffos, Zoe Chore, Hannah Schmidt and Tiana Gairns.

Mahler said his preparation for each race, no matter if it’s at a world cup event, world championships or the Olympics, is always the same and he doesn’t feel the pressure of the big stage.

“My process has proven itself before, so I see no need to waiver from a plan that brings out success. For sure, having the world championships in a familiar spot will bring some comfort to the race. It’s nice knowing what the course will be like even before you see it.”

Mahler is a fan of the course in Sweden because he says it suits his style of racing and is eager to get back to his winning ways of last season.

“This track brings the best out of ski cross with big airtime, big features and tight racing all the way to the finish," he said. "You can’t ask for a better course. I’m looking forward to getting back on the big track and seeing if I can lay down some fast laps.”

Alberta connection for two women competing in the national curling championship
Mar 1, 2021 11:45 AM