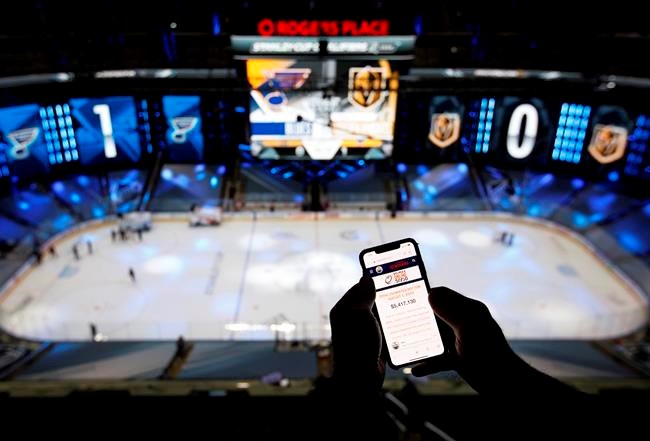 EDMONTON — A record-setting Edmonton Oilers 50/50 draw won't have a winner for several more days as officials work out problems with the online raffle.

The community foundation says in a news release that all tickets for the Friday draw, which hit more than $15 million, remain valid.

But it says Alberta fans who want to void any ticket purchases will have until noon Thursday to make those requests and get a refund before a winning ticket is drawn.

The foundation has said its technology providers' servers were overwhelmed with requests to purchase tickets.

At certain points, it says demand for tickets exceeded $100,000 per minute, causing slow loading times, geolocation errors and duplication of some orders.

It says it's trying to resolve customer issues and is in communication with the province's gaming regulator to ensure the integrity of the raffle remains intact.

"We understand the frustration created by the delay in resolution," the foundation said on its website Monday.

"We are excited to announce the winning ticket number once we resolve the many inquiries we have received since Friday."

Friday's 50/50 record broke a previous one set Wednesday by a $5.4-million Oilers draw, which had to close early when the service provider reached its maximum allowable ticket sales.

Officials had said the provider had increased its capacity by 2 1/2 times for Friday's draw.

The previous record was held by Toronto Raptors basketball fans when a 50/50 raffle reached $2 million during the 2019 NBA Finals, the year the team won the championship.

Half of the pot raised from the Oilers raffles go to the Edmonton Oilers Community Foundation, which supports organizations focused on vulnerable populations in downtown Edmonton and youth sports throughout northern Alberta.

The Oilers were eliminated from the playoffs Friday when the hockey team lost Game 4 of its best-of-five series against the Chicago Blackhawks.

This report by The Canadian Press was first published Aug. 10, 2020