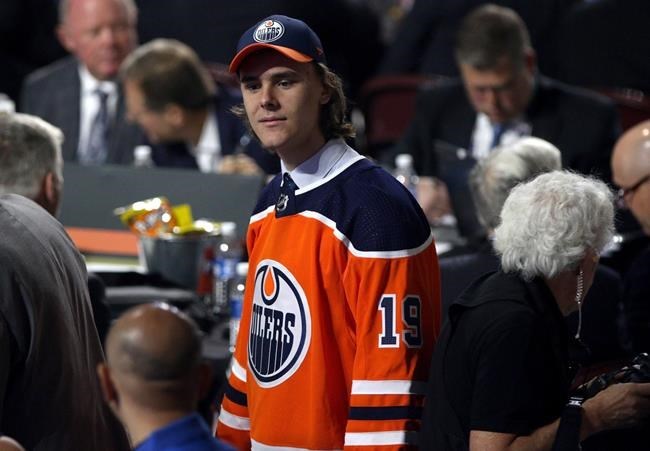 The 19-year-old Lavoie is in his fourth season in the Quebec Major Junior Hockey League.

He has 38 goals and 44 assists in 55 regular-season games with Chicoutimi and Halifax, with 48 penalty minutes and a plus-7 rating.

Lavoie was acquired by Chicoutimi from Halifax on Jan. 6, 2020, in exchange for four draft picks.

Lavoie led the QMJHL with 20 playoff goals in 2019, and that same year was awarded the Mike Bossy Trophy, as the QMJHL's Best Professional Prospect.

Lavoie was Edmonton’s second round draft pick, 38th overall, at the 2019 NHL Draft.

This report by The Canadian Press was first published March 21, 2020.