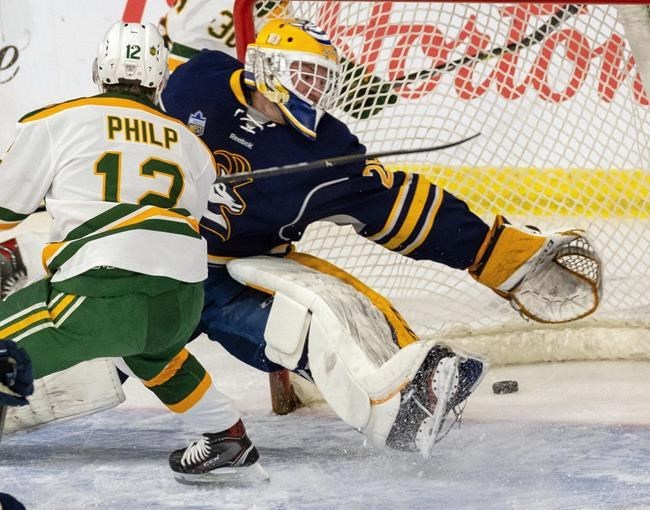 LETHBRIDGE, Alta. — The University of Lethbridge has shut down its men's and women's hockey teams citing three straight years of cuts to its operating grant.

"The elimination of the hockey programs is one of a number of budget reduction strategies in response to unprecedented cuts from the provincial government," the university said in a statement on its website Monday.

A total of 52 student-athletes are affected by the decision, as well as coaches and recruits.

"We have had to make several difficult decisions in the past few months and this one is equally challenging," University of Lethbridge president Mike McMahon said in the statement.

"The Pronghorn hockey programs have been a source of great pride for our athletes, students, alumni, donors, sponsors, the campus community and supporters throughout southern Alberta."

"I know this news will significantly impact everyone associated with these programs."

The men's team debuted in the 1984-85 season. The Pronghorns won a national championship in 1994.

The women's team began playing in 1997-98 and made its lone national championship appearance in 2003.

This report by The Canadian Press was first published April 20, 2020.