Friesen said employees will be given time off their shifts to get the shots, and they will be able to go back to work after 15 minutes of observation for potential serious side-effects.
Apr 10, 2021 9:15 AM By: Canadian Press 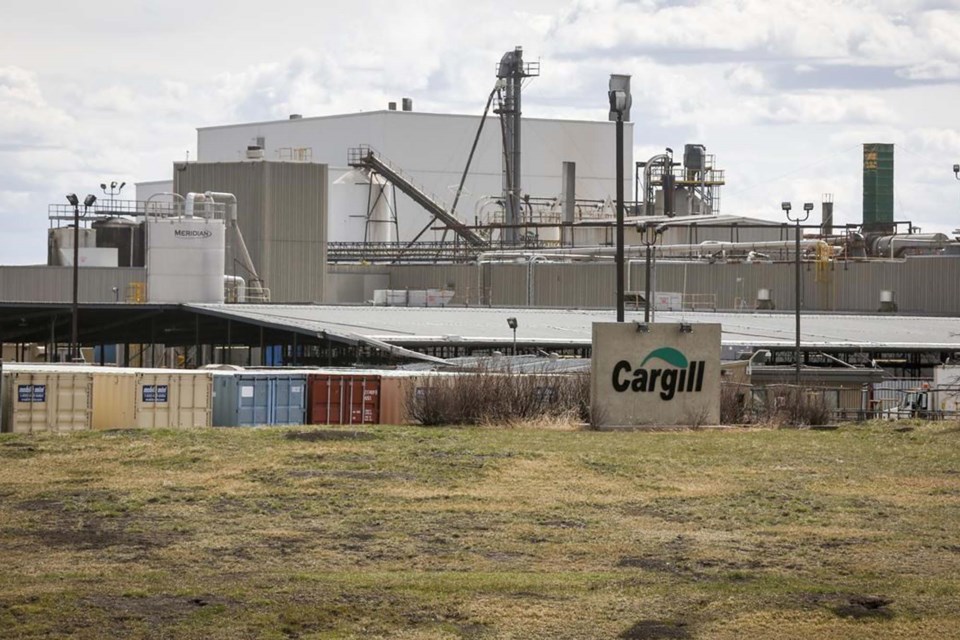 Cargill announced a temporary shut down of its beef plant near High River where officials in the area are dealing with over 400 cases of COVID-19 linked to the plant, including the death of a worker, in High River, Alta., Thursday, April 23, 2020. THE CANADIAN PRESS/Jeff McIntosh

HIGH RIVER, Alta. — Thousands of workers at a southern Alberta beef-packing plant where there was a major COVID-19 outbreak last year will soon be offered vaccinations in their workplace.

Nearly half of the 2,200 workers at Cargill's facility at High River, south of Calgary, which shut for two weeks last April, contracted the novel coronavirus and two employees died.

Immunizations will be provided by occupational health nurses employed by the company and by doctors with local primary health networks, said Dr. Brent Friesen, medical officer of health in the Calgary Zone.

The United Food and Commercial Workers Local 401 union is reaching out to its members about the vaccination program, Friesen said, adding information is also being provided in different languages.

The Alberta International Medical Graduates Association is partnering in the effort as well.

"It has been exciting to see this collaboration in terms of different groups coming together to work in the best interest of the employees," Friesen said Thursday.

He said there will be five vaccination "lines" in a dedicated space within the facility. Workers will sit, physically distanced, in a row of chairs and vaccinators will work their way down the queue.

Friesen said employees will be given time off their shifts to get the shots, and they will be able to go back to work after 15 minutes of observation for potential serious side-effects.

Inoculations should be done within two or three days.

The pilot could be expanded to other plants in the coming weeks. Friesen said he understands there are up to 10,000 meat plant workers in Alberta.

A similar approach to Cargill's may work in some of the larger operations, he said, but in smaller ones it might make sense to block off appointments at an existing vaccination centre.

Cargill said in a statement that vaccines are voluntary, but any employee who wants one will get one. The company said it is working with provincial health authorities on setting up the clinic as soon as vaccines are available to its employees.

Meat-processing plant workers are included in the next phase of Alberta's vaccine rollout, which is to begin later this month.

"We have been unwavering in our commitment to protect the health and safety of our employees, who are working tirelessly to ensure millions of people have food to eat," said Jon Nash, global lead for Cargill's protein and salt business. "We are applying these same values when it comes to vaccinations."

This report by The Canadian Press was first published April 8, 2021.

— By Lauren Krugel in Calgary.