Killer not eligible for parole for 15 years 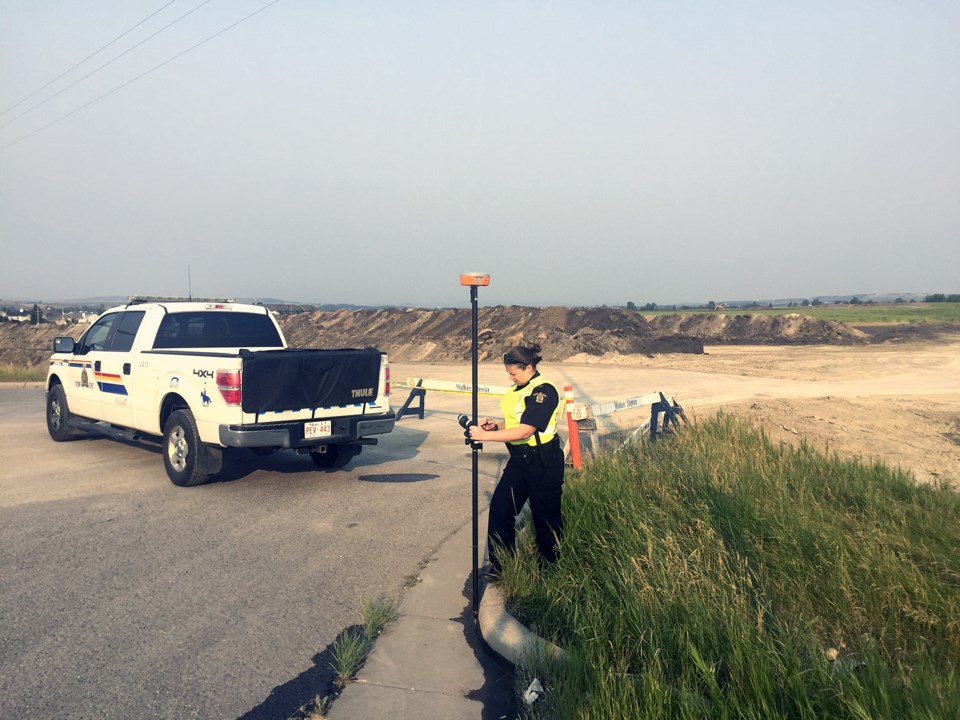 RCMP investigate the D'Arcy construction site after a body was found there in 2017. Zaineddin Al Aalak, 24, of Calgary is not eligible for parole for 15 years it was ruled in Calgary Court of Queen's Bench last week. (Wheel file photo)

Okotoks - Killing his father and dumping the remains in an Okotoks residential construction site has resulted in a minimum of 15 years in jail for a Calgary man.

In December, a jury convicted Zaineddin Al Aalak, 24, of second-degree murder and committing an indignity to a body following a five-week trial. Second-degree murder comes with an automatic life sentence, but parole eligibility can be set between 10 and 25 years. At a sentencing hearing last week Justice David Labrenz ruled Al Aalak can apply for parole eligibility after 15 years.

Zaineddin was arrested in July 2017 for the murder of his father, 53-year-old Mohamed Al Aalak, whose dismembered body was discovered at the D'Arcy residential site wrapped in sheets and reusable grocery bags and packed in garbage bags.

At trial, Mohamed’s wife, Eman Sahib, testified she was away in Iraq at the time with her daughters and became concerned when she couldn’t get a hold of her husband. She contacted her son, Zaineddin, but he said he did not know where his father was and that he was probably fine. Sahib also called her sister and friends to try to find her missing husband.

Mohamed was ordered to live separately from the family by Child Protective Services over physical abuse of his daughters. Friends went to Mohamed’s home and found he was not there. Sahib’s sister and family friends also went to the family home and spoke to Zaineddin. They found Mohamed’s car was at the home, but Zaineddin denied knowing his father’s whereabouts.

The police were alerted and the next day obtained a search warrant for the family home and found blood stains on the walls and in a freezer, as well as the hammer.

At trial Zaineddin admitted to hitting his father with a hammer and strangling him to death, dismembering his body and dumping the remains in several spots on the D'Arcy construction site. Defence lawyer, Alain Hepner argued this client was found to be suffering from schizophrenia by a psychologist, and should be found not criminally responsible due to a mental illness. Zaineddin testified he didn’t recognize his father and was hearing voices that said he was evil and had to be killed.

However, the jury rejected the defence and agreed with three other psychologists who found Al Aalak was not schizophrenic.

Simple tips from Kananaskis Country Public Safety for hiking in the early season
Apr 17, 2021 8:15 AM

Prince Philip remembered as calm presence during Queen's visits to the North
Apr 17, 2021 7:15 AM
Comments