The Okotoks Museum and Archives is celebrating International Museum Day on May 18 by launching two new virtual exhibits, one with a focus on the Spanish flu of 1918 and another focused on first responders and frontline workers.
May 17, 2021 10:45 AM By: Krista Conrad 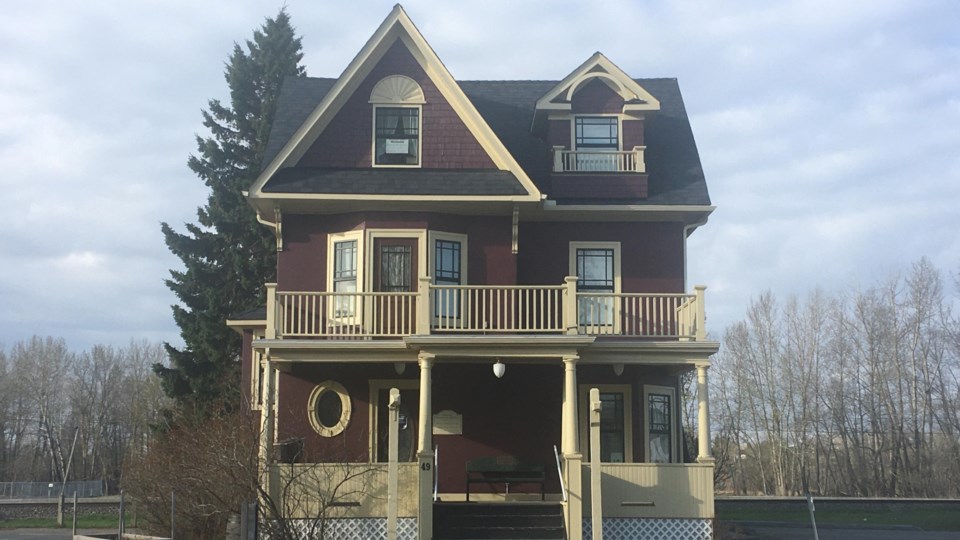 The Okotoks Museum and Archives is celebrating International Museum Day on May 18 by launching two new virtual exhibits, one with a focus on the Spanish flu of 1918 and another focused on first responders and frontline workers. (Wheel file photo)

Museums around the world have been impacted by the COVID-19 pandemic, but that isn’t stopping houses of history like Okotoks Museum and Archives from celebrating their valuable work.

May 18 marks International Museum Day, and the worldwide theme for 2021 is “The Future of Museums: Recover and Reimagine.”

Kathy Coutts, museum specialist for the Town of Okotoks, said she’s taking her celebration online this year, as the facility has been closed since December. She missed out on the event last year with the first three-month shutdown of the museum.

“I thought, this year I’ll just do something low-key, virtual,” said Coutts.

She said the recover and reimagine elements of the international theme are fitting.

“All museums around the world are looking at what they’re doing and how they’re doing it, and reimagining ways to stay connected to their community,” said Coutts.

In Okotoks, the museum was able to open its doors in June 2020, but with its interactive elements like the children’s playhouse in the attic, antique telephones and piano closed off.

Six months later the museum shut its doors once again, and Coutts got creative with how to engage with the public, from having Jaime-Brett Sine offer virtual programming for school and senior groups to helping researchers find long-lost relatives on their family trees.

“We’ve had to find ways to remain engaged, because the community was needing information – whether it was schools doing programs or individual children doing assignments for school, researchers, they were still looking for information and ways to be engaged with their history,” said Coutts.

She said people with time on their hands during the pandemic seemed to connect more with their family roots.

For some, that meant cleaning and sorting through heirlooms, and the museum was the benefactor of a few unique items.

“One of them was a bridesmaid’s dress worn at one of the first weddings ever held in Okotoks,” said Coutts. “It’s over 100 years old and it is beautiful.”

There was also century-old silverware, baby clothes and photographs donated to the museum and archives.

Other people took time to research where their family came from, and that resulted in the museum receiving dozens of phone calls or emails from descendants all around the world looking for information on family members, she said.

“Some of them were tracing a great-uncle who they knew had immigrated to Canada in the early 1900s,” said Coutts. “They now wanted to know – where did he go? What did he do? Information on when he passed away and if I could take a picture of his headstone.”

She said the fact people from places like Norway or Sweden could click a button and be connected with the Okotoks Museum and Archives to connect with their family history is telling of technological advantages.

Technology also allowed the museum to create virtual exhibits to honour the 75th anniversary of the end of the Second World War, in which many Okotokians fought, and the liberation of prisoners.

“Those virtual exhibits were so well-received,” said Coutts. “It really indicated that people appreciated the exhibits and our efforts in recognizing these events.”

Beginning May 18, a new exhibit called House Calls and Close Calls will go virtual, with a focus on the Spanish flu pandemic of 1918.

There are many similarities between how the community reacted to the flu, she said, with some fighting against restrictions and mandatory masking and others taking issue with churches being closed.

Without the same technology, it was a very different experience for Okotoks residents 100 years ago, who did not have access to radio or television. Even telephones were scarce, said Coutts.

Stores were closed and everyone was ordered to stay home, where the only news they received came from weekly delivery of the Okotoks Review newspaper.

“The Review recorded, every week, everyone who had come down with the Spanish flu and then you waited patiently – or impatiently – to get the next week’s issue to see if they recovered or if they were now in the obituaries,” said Coutts. “It tore at my heart.”

She said Okotoks recorded about 20 deaths from the Spanish flu among its population of just over 500, though according to the newspaper documentation hundreds contracted it.

The second exhibit is called Sirens and Service, which focuses on the history of police, fire and ambulance services in Okotoks.

“That is so timely, because those frontline workers, those first responders, are our heroes,” said Coutts. “They should be recognized, so we’re doing that virtually through this exhibit.”

It should be up until the end of November.

Both exhibits are also in-house, and Coutts said she hopes there will be a chance to open the museum doors to public viewing soon.

“We’re still trying to share the community’s history in unique ways, reimagining how we do things,” said Coutts. “It’s been a challenge, but I think we’ve risen to the challenge.”

About the Author: Krista Conrad