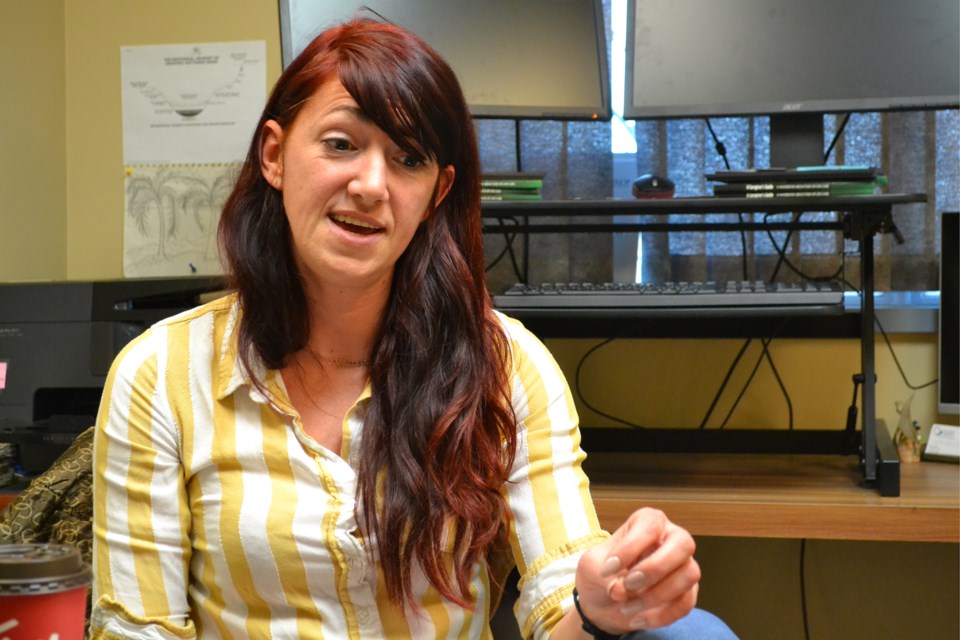 OLDS — The Olds & District Hospice Society (ODHS) is providing virtual reality glasses for clients in order to enrich their lives.

Hospice care is a type of health care that focuses on making a person’s end of life journey as comforting as possible. The Olds & District Hospice Society has two hospice suites at the Seasons Encore assisted living facility.

Filmmaker and editor Danny Elliott Gariepy of Canmore made that possible. He raised $1,300 by offering to have his long hair cut for the cause. The event was filmed live.

“We’ll have one in each suite and then we’ll have one set available for individuals who are on a hospice journey at home,” she said during an interview.

Smith said the glasses will be an opportunity for hospice clients to improve their lives.

“From your bed, people could experience a trip to Scotland, they could revisit their childhood home through Google Earth," she said. “If you were a mountain climber you could climb (Mount) Kilimanjaro if you wanted to.

“So from the bed it just allows people to have those experiences, enhance their quality of life.”

Smith said the idea for the glasses came from board member Pansy Angevine who works with another hospice facility.

“She said that they’ve really helped their clients and that we should look into it," Smith said.

“So we phoned other hospice societies that have used the virtual reality glasses and they said just the quality of life and the experiences that people have, it’s amazing, so we’re excited to offer that.”

For the most part, hospice clients tend to be fairly elderly and as such, many are not very tech savvy. Smith was asked how the ODHS plans to deal with that fact.

“The plan in the interim is that I’m actually pretty tech savvy myself, so I’m going to support the clients. Then I’m going to train a couple of volunteers so they’re able to go in and help them with the technology part," Smith said.

About the Author: Doug Collie