ST. PAUL - The weather was perfect, and there were plenty of smiles, as a group of youth council members and hockey players took out the squeegees, rags, and brooms, brushing away cobwebs and leaving nothing but clean windows behind.

On Tuesday afternoon, the group headed to Heritage Homes for just over an hour of work. The initiative was spearheaded by the Town of St. Paul FCSS, and pulled off by the St. Paul Youth Council and a handful of Jr. B Canadiens hockey players.

Simone Marshall is a resident at Heritage Homes. On Wednesday, she had nothing but kind words for the group of youth who offered their time. Marshall says she heard a lot of positive feedback from other residents too. People were just "thrilled and happy."

She wanted to make sure that the youth knew their hard work and smiles were appreciated by the seniors who live at Heritage Homes. She noted that many of the residents joined in the cleaning efforts, washing the inside of their windows as the youth washed the outside.

"It was really, really nice. They were just so pleasant." 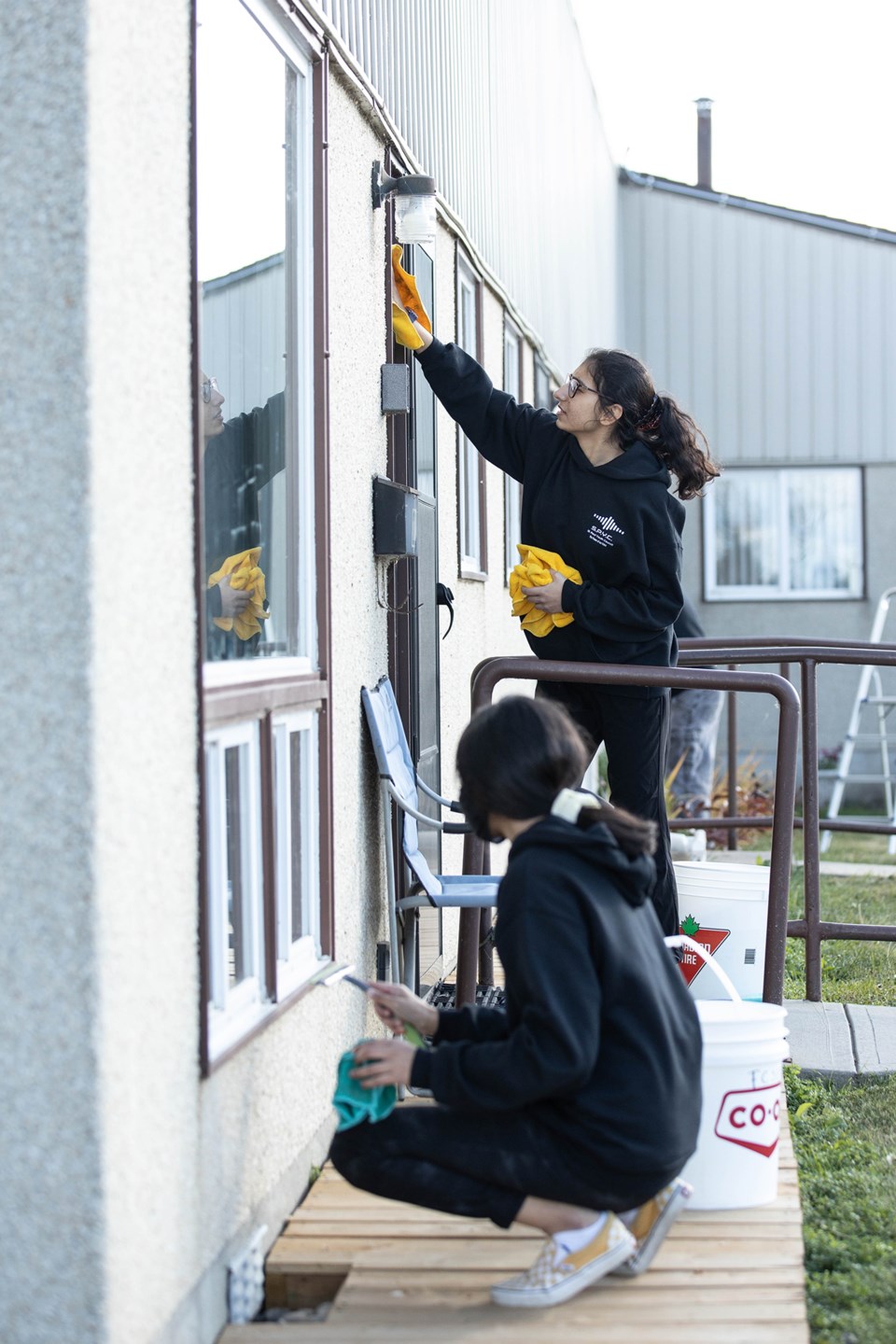 Town of St. Paul FCSS Director Lynn Smid said the idea for the window washing initiative came about when a community member mentioned there might be a need. So, staff reached out to the residents and seniors then put a note in their windows if they wanted them washed.

An alternate day was set aside for the window washing, but the weather was perfect on Tuesday. Along with the nine youth council members and a handful of hockey players, Coun, Nathan Taylor and the Family Resource Network staff also lent their time to the efforts. The FCSS department supplied all the needed cleaning products and tools, and everyone got to work quickly.

Smid says the initiative was very successful, and they might look at doing it again in the spring.

About the Author: Janice Huser

Janice Huser has been with the St. Paul Journal since 2006. She is a graduate of the SAIT print media journalism program, is originally from St. Paul and has a passion for photography.
Read more