Two Alberta women knit together almost immediately upon meeting and in more ways than one. Kalea Turner-Beckman was completing a Master's degree in Yarn and Feminist Activism. Anna Davidson is an Assistant Stage Manager with the Edmonton Opera.
Dec 5, 2014 12:00 AM By: Alberta Prime Times 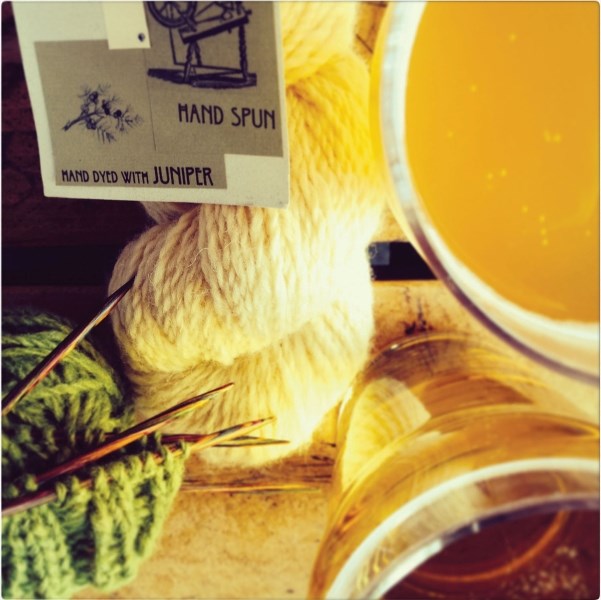 Two Alberta women knit together almost immediately upon meeting and in more ways than one.

Kalea Turner-Beckman was completing a Master's degree in Yarn and Feminist Activism. Anna Davidson is an Assistant Stage Manager with the Edmonton Opera.

They both live in cooperative housing. They both love knitting and yarns.

The first time they met, Turner-Beckman mentioned she's like to own a yarn store one day.

Davidson was instantly interested. One idea led to the other.

Maybe it could be a worker's cooperative.

The concept was so exciting, it wasn't long before one was saying to the other “I know we just met a half hour ago, but could we make this happen?”

And that's what they did.

In less than a year, The Alberta Yarn Project has come into existence. They had their first Craft and Draft Night in October. The plan is to start small and build from there, holding craft and draft nights once a month while they build the community that will support a retail shop.

But it isn't just about knitting. It isn't even just about yarn. Or beer.

It's about local product. It's about being connected to the community.

Custom Woolen Mills outside Carstairs has an industrial revolution era machine called a mule spinner. It produces an Icelandic style yarn called lopi. Custom Woolen Mills is one of the only places to get this yarn in North America.

As far as the draught, Davidson mentions a number of local breweries. There's Alley Kat and Yellowhead in Edmonton. There is Wild Rose in Calgary. There are others, too, but more importantly the laws have recently changed, meaning there are likely to be more micro-breweries in Alberta soon. The province even has a meadery. Chinook Arch Meadery produces honey-based wines south of Calgary.

The craft and draft nights are not just about knitting. You can bring any easy-transportable craft and connect with others who are also doing crafts. But you're welcome even if you don't have a craft. It's a night to enjoy the company of others while sipping an Alberta drink.

Are there men involved?

“Sure, but they are a lot fewer than the women,” says Davidson. “One guy is a big surly guy with a beard. He's a newfie. And he's knitting socks and mittens for his wife.

“Crafting is not necessarily women's work. We welcome everybody.”