Calgary man gets prison for 2016 crash that killed his daughter, injured friend

Bomford had three times the legal limit of alcohol in his system
Sep 9, 2020 4:55 PM By: Canadian Press 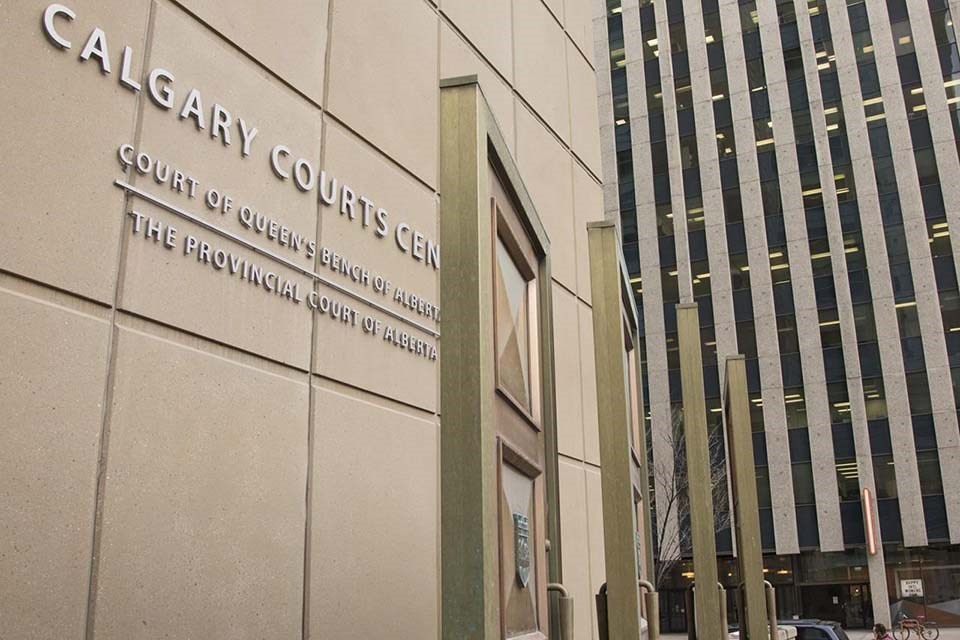 The Calgary Courts Centre is pictured in Calgary, Alta., Monday, March 11, 2019. A Calgary man who killed his daughter and seriously injured her best friend in a drunk-driving crash has been sentenced to 5 1/2 years in prison. THE CANADIAN PRESS/Jeff McIntosh

CALGARY — A Calgary man who killed his daughter and seriously injured her best friend in a drunk-driving crash has been sentenced to 5 1/2 years in prison.

Michael Shaun Bomford, who is 55, was found guilty in January of dangerous driving causing death and bodily harm, as well as causing the 2016 crash while impaired.

Court heard Bomford had three times the legal limit of alcohol in his system when he took his 17-year-old daughter, Meghan, and her friend, Kelsey Nelson, to get police checks so that they could become junior ringette coaches.

In addition to time in prison, he will be prohibited from driving for five years once he's released.

The Crown had argued for a seven-year sentence, while the defence suggested five years was appropriate.

Nelson, who is now 20, told a sentencing hearing in August that she has a permanent brain injury, has lost social skills and has memory problems after three surgeries.

Through tears, she described in her victim impact statement how much she misses her best friend.

She also questioned whether Bomford will ever be sorry for what happened.

"Never did I think you could do something like this to us,'' Nelson said at the time. "I have a brain injury now. I have broken more bones than the years I have lived.

Bomford's trial heard that he lost control of his Jeep while driving 112 km/h in an 80 km/h zone. The vehicle rolled into a median and all three occupants were thrown out of the vehicle.

"I wish I could trade my life for Meghan's and Kelsey's injuries, but I can't," he said through tears. "I wish I could go back and change things." (CTV Calgary)

This report by The Canadian Press was first published Sept. 9, 2020

Day to recognize older persons: triumphs and challenges
Sep 18, 2020 1:03 PM
Comments
We welcome your feedback and encourage you to share your thoughts. We ask that you be respectful of others and their points of view, refrain from personal attacks and stay on topic. To learn about our commenting policies and how we moderate, please read our Community Guidelines.