Freedoms to be incremental for Calgary man who killed five 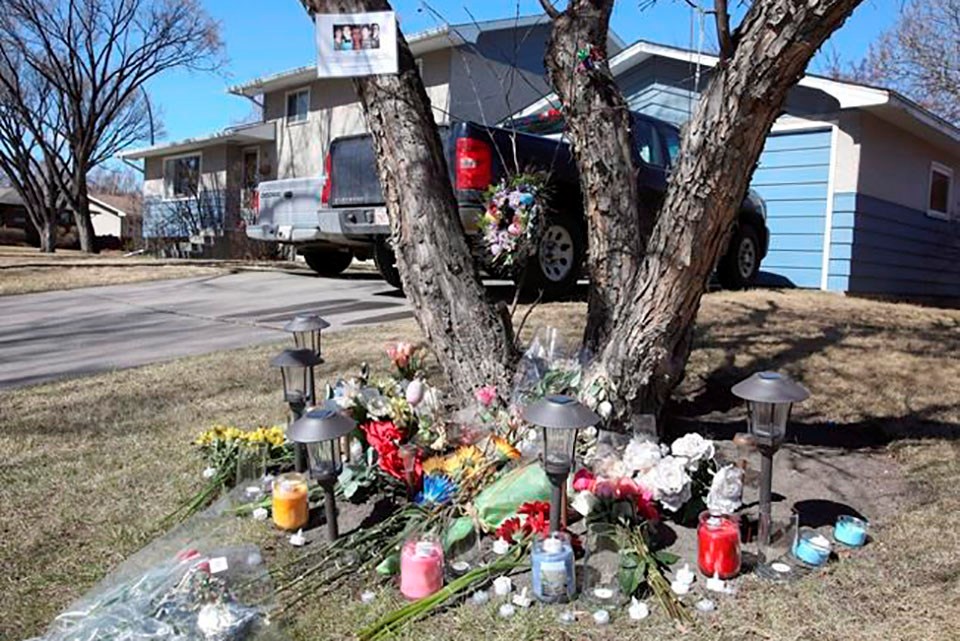 A small memorial in front of the house where five students were killed one year ago in Calgary, is shown Wednesday, April 15, 2015. An Alberta review board will get an updatenin Edmonton on the progress of a mentally ill man found not criminally responsible after stabbing five young people to death at a 2014 Calgary house party. THE CANADIAN PRESS/Mike Ridewood

EDMONTON — A psychiatrist treating a mentally-ill man who stabbed and killed five young people at a Calgary house party six years ago says his patient has made progress but any new freedoms will be granted slowly.

Dr. Santoch Rai told the Alberta Review Board that Matthew de Grood has stayed overnight at his parents' home in Edmonton and has taken hospital transportation to scheduled appointments.

But Rai says de Grood has not yet taken public transit or transitioned to a group home.

He says public transit could cause stress for de Grood because of his notoriety.

Rai also says a group home is possible in the next year if de Grood continues his progress.

De Grood was found not criminally responsible for the 2014 killings of Zackariah Rathwell, Jordan Segura, Kaitlin Perras, Josh Hunter and Lawrence Hong because he was suffering from schizophrenia at the time.

Rai says de Grood, who is now 29, still poses a significant risk to reoffend if he stops taking his anti-psychotic medication.

Cancer survivors thrive through exercise
Sep 20, 2020 9:34 AM
Comments
We welcome your feedback and encourage you to share your thoughts. We ask that you be respectful of others and their points of view, refrain from personal attacks and stay on topic. To learn about our commenting policies and how we moderate, please read our Community Guidelines.