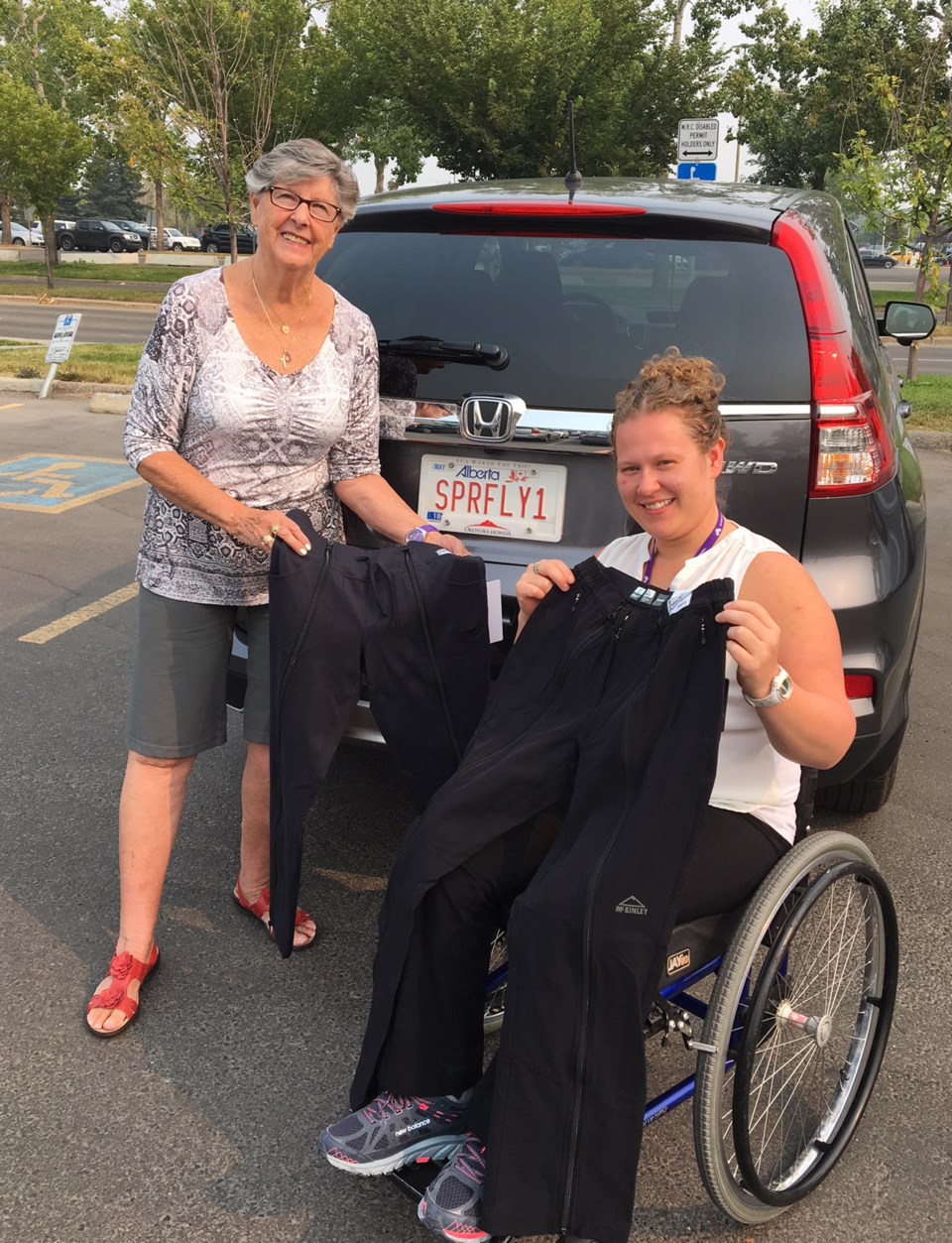 Her husband Jack was frustrated. He had spent his career as a chiropractor, helping others recover from injuries and regain control of their bodies. But what Jack faced wasn’t a sore back or neck. He had been living with inclusion-body myositis (IBM) for years, a disease that progressively weakens the body’s skeletal muscles (IBM is a cousin to Amyotrophic Lateral Sclerosis, commonly known as ALS). The disease made it unbearably painful to perform simple acts like putting on a shirt.

“That was in 2012,” says Jacqueline. “It was a day when he was super frustrated; he was trying to use the toilet and wasn’t able to do so, he was sitting down and wearing shorts. The stitching goes quite high so it is very difficult (to get them off and on). So I thought ‘OK, this is the day’. I was waiting as long as I could to give him the independence he so yearned to have. I just walked up with a pair of scissors and cut the leg open right to the waist. I still can see his face, he was like ‘oh my gosh, that was my favourite pair of shorts’ and ‘I said, well you’ll wear them again’. The next day, when it was time to dress him, I had the zippers put in and in less than two minutes we had him dressed.”

That was the day Jacqueline made her first piece of apparel to help someone with limited mobility. And it was the day that led Jacqueline to found Super-Fly Enabling Apparel. To date, Jacqueline and her staff have created adaptive clothing – pants, shirts, shorts and jackets – for more than 300 people.

In fall 2019, Jacqueline Cameron was named one of Calgary's Top 7 Over 70 award recipients for her incredible idea and invention, along with her passion for giving back to the community.

Jacqueline spent 25 years as an employee of Air Canada and was Calgary’s top realtor prior to that, but was forced into retirement when Jack got sick and was unable to care for himself at their home in Calgary. Jack was diagnosed with IBM when he was 56 and, at the time, doctors told him he would live for another two to five years, with the majority of his final years spent in a wheelchair. That news was devastating for the Camerons, who had always been active.

The couple decided to follow unconventional holistic treatment to combat the effects of IBM and Jack would go on to live with the disease for more than 20 years. He died in April of 2016 at the age of 79 and, by the end, IBM attacked his throat and Jack couldn’t swallow food.

“He always said ‘I can’t even blow my nose and for 36 years I’ve been helping people’”, says Jacqueline. “This gave him a purpose. I kept telling him that something good comes of everything, we just need to look and find it. (On that day when I made Jack’s shorts), his occupational therapist came to our house and, when she saw this, she stepped back and said ‘you know what, you can’t keep this to yourself, you need to share it.’”

Super-Fly was incorporated in 2013 when Jacqueline was 75 years old. The company assists people with mobility challenges, sustained through injury or disease. And Super-Fly wearers come from all walks of life, from children to seniors. The majority of those seeking help have serious back or neck injuries.

Simon cried each time he had to put on his winter jacket due to pain it caused. His mom heard about Super-Fly, contacted Jacqueline, who took Simon’s coat, cut it, installed a zipper, and returned it to the family a day later.

“A couple of weeks later, I was putting on a display somewhere and a nurse approached me and said ‘oh this is Super-fly’,” says Jacqueline. “I asked her how she knew of the company and product and she replied that it was because of Simon.

" ‘Simon loved his jacket’ she told me. I said ‘why did you use past tense, loved?’ She said Simon passed away two weeks ago. I just burst into tears. Some of those were tears of joy as she told me that when they brought the jacket back, he was so excited to get his jacket on.”

Jacqueline says she was honoured and humbled by being recognized for Super-Fly. She contends that the company wasn’t created to make her a fortune. It is simply to help people and, out of Jack’s sickness came a willingness to help as many people as possible.

“What I’m getting is the joy that I see when I dress someone,” says Jacqueline. “It just makes me feel how great he or she must be feeling. This is something that never would have happened without Jack’s disease. It leaves behind quite a legacy.”

If you would like more information on Super-Fly, including the ability to make a contribution to assist someone facing mobility challenges, visit super-fly.com

Pilots of tow plane, glider couldn't see each other before mid-air crash: agency
Feb 11, 2020 6:00 AM
Comments
We welcome your feedback and encourage you to share your thoughts on this story. We ask that you be respectful of others and their points of view, refrain from personal attacks and stay on topic. To learn about our commenting policies and how we moderate, please read our Community Guidelines.