Okotoks senior shares story of being a POW

Norman Johnson is one of many seniors sharing stories of resilience in light of challenges and hardship through Project SOS: Share our Stories.
Mar 30, 2021 8:30 AM By: Krista Conrad 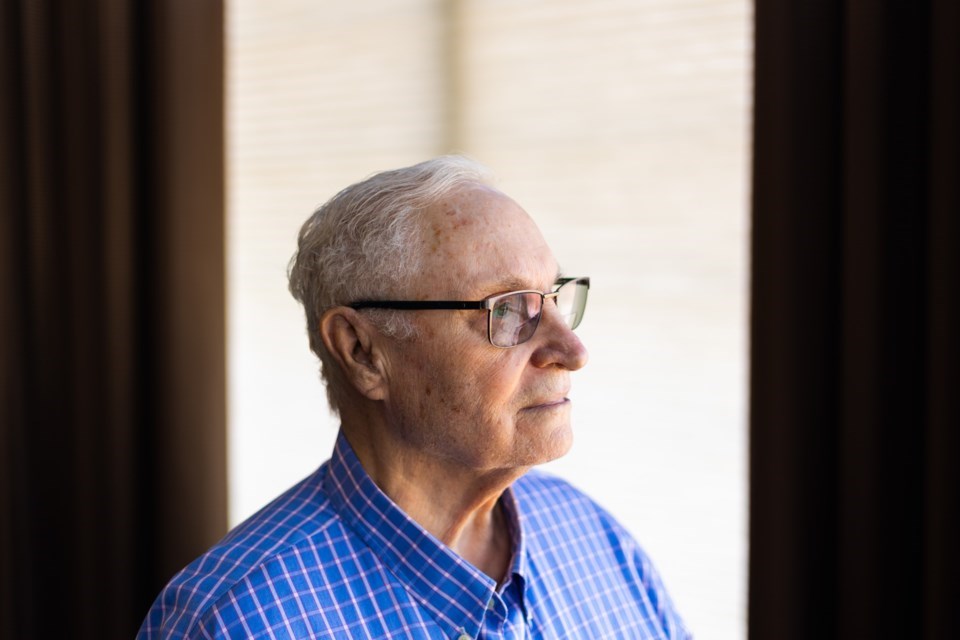 Norman Johnson is one of many seniors sharing stories of resilience in light of challenges and hardship through Project SOS: Share our Stories. Photo: Brent Calver/OkotoksToday.ca

An Okotoks man who was once a prisoner of war is sharing his story of resilience with the community to spread hope during difficult times.

Norman Johnson was captured during the Vietnam War and imprisoned on March 10, 1975 and wouldn’t be released until Oct. 30 the same year. He faced malnutrition and the threat of execution on a daily basis, and suffered from malaria.

“There were times we felt we were going to get released and that never happened,” said Johnson of his imprisonment. “The missionaries caught before us were never heard of again. You kind of know what the outcome may be but on the other hand you say, ‘That’s just the way it is.’”

It was that attitude of persevering with hope the end was in sight that got Johnson through a difficult time, and he wants to share that message with the community.

Johnson submitted his experience to Project SOS: Share our Stories, an initiative being run by Family and Community Support Services in High River and Okotoks to bring stories of overcoming challenges from seniors in the Foothills to life.

While not everyone will be caught and imprisoned in a foreign country, unable to communicate with their families for months and unsure of what lies ahead, Johnson said getting through something difficult is the same whether as a POW, facing terminal illness or personal loss and tragedy.

“It’s looking for communal strength from others who are in the same situation, and for you to have your own roots of trust and hope,” said Johnson. “You just have to trust you’re going to get through everything.”

He said being included among inspirational stories from seniors who've gone through unbelievable circumstances and come out the other side is an honour. Some have already been shared to the Town of Okotoks website.

“If we can encourage someone and turn a negative thought into a positive thought, that’s just a wonderful thing,” said Johnson.

Sherri Mullen, specialist with the Okotoks Family Resource Centre, said Project SOS was an idea brought forward by the High River FCSS office. The ball got rolling in September in order to launch the project on Oct. 1, for International Day of Older Persons, she said. It took off from there, with staff at The Heartland in Okotoks and Medicine Tree Manor collecting stories from their residents, and individuals submitting pieces as well.

“There is such a range of experiences in the stories,” said Mullen. “We’ve had a lady who survived the High River flood, we’ve got someone who had and is still experiencing a mental illness, we had someone who was a prisoner of war, we’ve had seniors submit stories about being new immigrants. The range is astounding.”

With anxiety and frustration at high levels for many due to COVID-19, she said there is a lot people can take away from reading the stories of their elders.

“They’ve survived lots and experienced many challenges, as we all will,” said Mullen. “We felt we could learn from people who have gotten to the other side and thrived regardless of the hurdles they’ve had to go over.

“When we look at what factors build resiliency and we can learn from other people who have also had hard times, I think it strengthens all of us.”

Stories are posted each Wednesday at www.okotoks.ca/sos.