Our gastric organs harbor an ecosystem. Known as the gut microbiome, bacteria living there have evolved to work in unison with each other and with us.
0
Jun 26, 2019 11:00 AM By: Kate Wilson 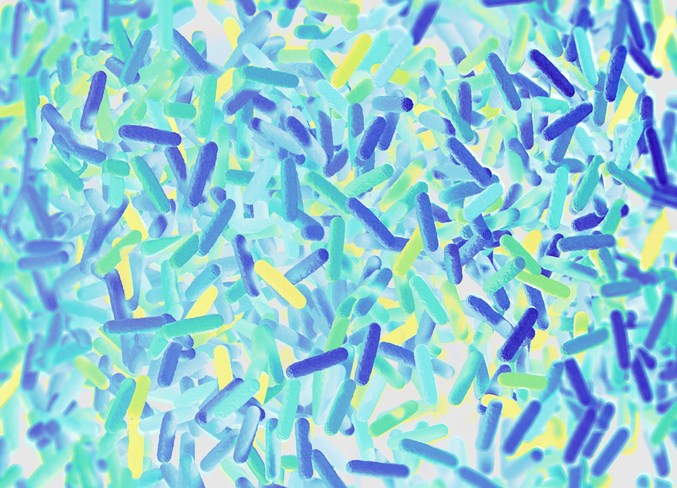 Our gastric organs harbor an ecosystem. Known as the gut microbiome, bacteria living there have evolved to work in unison with each other and with us. They’re part of a larger community of microbes inhabiting our body, which some scientists refer to as our “second genome”. Disrupt it and it disrupts our health in ways that are just beginning to be understood.

“It’s been called the forgotten organ of the body,” says Dr. Anita Kozyrskyj, professor of pediatrics and a microbiome researcher at the University of Alberta.

When she entered the field ten years ago, the technology to detect and profile microbes from stool samples or skin was beginning to surge ahead.

“Today,” she says, “scientists can extract DNA from fecal samples, sequence the DNA and identify bacteria or a particular gene.”

Gut microbes play a role in metabolizing the nutrients and drugs we take in, the integrity of the gut’s mucous lining and even protection against pathogens. An imbalance or reduction in microbial diversity has been linked to insulin resistance, obesity, inflammatory bowel disease and even our mood. Though the science is still emerging and big parts of the story aren’t clear, below are some of the ways our health has been linked to our gut microbiome.

Childhood overweight: In a 2018 study published in the Canadian Medical Association Journal, Dr. Kozyrskyj and her team followed 3,300 pregnant women and their children from birth to age three. They found that infants in households that used disinfectants were twice as likely to have higher levels of a particular gut microbe, and by age three had a higher body mass index than children not exposed to disinfectants. They determined that disinfectants caused certain microbes to die off and others associated with becoming overweight to bloom, thus impacting the children’s gut microbiome into adulthood.

Allergies: In an earlier study, Dr. Kozyrskyj in partnership with the University of Manitoba found that changes in intestinal bacteria of infants can predict future development of food allergies or asthma. In the 2015 study, published in Clinical & Experimental Allergy, the team found that infants with less diversity in their gut bacteria at three months were more likely to become sensitized to foods such as milk, egg or peanuts by the time they were a year old.

Multiple sclerosis: Researchers at the University of California, San Francisco found that specific gut bacteria may drive the progression of multiple sclerosis. Their study, published in Proceedings of the National Academy of Science in 2017, showed that gut microbiota from MS-affected twins induced the neurodegeneration characteristic of multiple sclerosis in mouse models of the disease. The California results and those from another study led by the Max Planck Institute in Germany, published in the same issue, offer evidence that components of the human microbiome contribute to MS related cell degeneration, researchers reported.

Depression: In a large study done in Belgium and the Netherlands, a team of researchers identified several species of gut bacteria that are missing for people with depression. The researchers, from the Universities of Leuven and Groningen, were motivated by growing evidence that an imbalance of gut bacteria and inflammation of the gut have been linked to mental illness, including anxiety and depression. Moreover, their study, published in Nature Microbiology in February 2019, showed that certain bacteria which produce nutrients associated with gut health were present in people not suffering depression.

Cancer: A link between gut microbiota and cancer has been suspected for some time, and a study by researchers at the Babraham Institute of Cambridge shows one of the possible pathways. The study, published in Nature Communications in January 2018, showed that certain gut microbiota produced chemical messages that lead to a protein that may induce colorectal cancer. The researchers noted the study provides greater insight into the ways bacteria in the gut can directly alter the activity of our genes and subsequently, gut health.

Immune system: Another study at the Babraham Institute shows how boosting the gut microbiome may be one secret to a healthier older age. Published in Nature Communications last month, the study showed that fecal transplants from young to aged mice rejuvenated their immune system. The researchers wanted to find out whether changes in the gut microbiome as we age are linked to poorer functioning of the gut immune system. They found that changes in the microbiome indeed have an impact. But the good news is that interventions such as replenishment of the gut microbiome, probiotics and diet are all ways to boost the microbial composition and facilitate healthy ageing.

Next month, we focus on ways to maintain a healthy gut microbiome.