Puppy scams on the rise 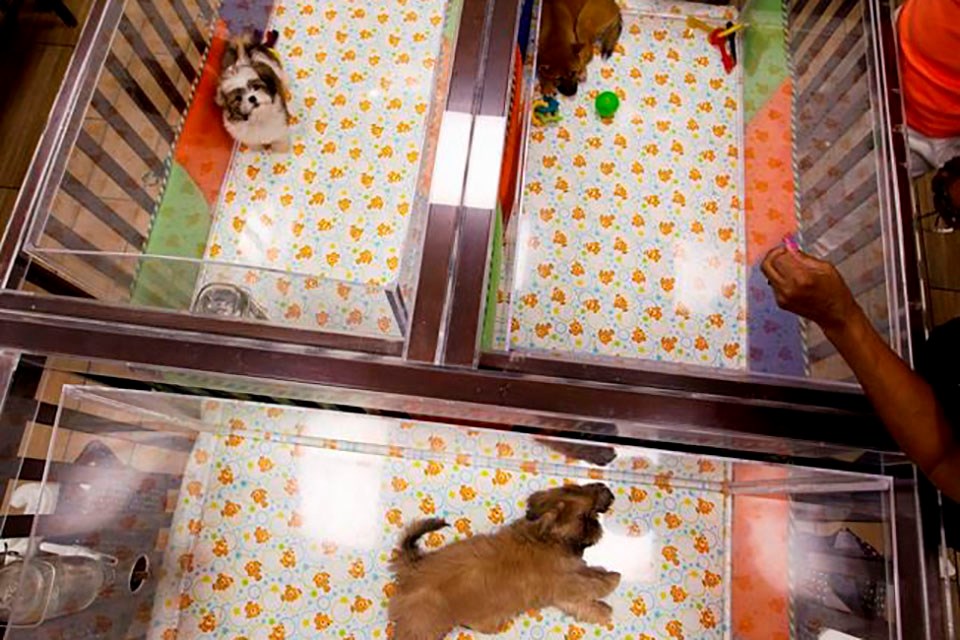 People watch puppies in a cage at a pet store in Columbia, Md., Monday, Aug. 26, 2019. The Better Business Bureau says puppy scams are a growing problem across the country as fraudsters look to take advantage of lonely pet lovers during the COVID-19 pandemic. THE CANADIAN PRESS/AP/Jose Luis Magana

Puppy scams are a growing problem across the country as fraudsters look to take advantage of lonely animal lovers during the COVID-19 pandemic, according to the Better Business Bureau.

Canadians have lost about $300,000 so far this year after falling prey to fake breeders, compared to about $150,000 during all of 2019, the non-profit organization warns.

The bureau and the Canadian Anti-Fraud Centre have received 364 pet-scam complaints combined, with more than 250 of those reporting money lost — and August as the worst month since the outbreak.

"There’s people all over the country, from the Maritimes to B.C., that are getting scammed with this type of puppy fraud," said Jessie St-Cyr, a spokeswoman for the bureau.

Red flags include low prices — under $1,000 for a purebred puppy — pressure to complete the purchase quickly and unsecured payment methods such as Bitcoin, gift cards or Western Union.

"The last complaint I saw, from someone in Calgary who lost $2,225, the fake breeder asked the person to pay with Walmart gift cards," St-Cyr said.

Another giveaway is repeated attempts to draw more money out of the buyer through "expenses."

"They say, 'OK, you to need to pay $1,500 more to rent an electronic, temperature-controlled crate. It’s going to be 95 per cent refundable.' And then for vaccines, for insurance. They're going to ask for more and more money."

Buyers can fend off fraudsters by asking for several references — including the vaccinating veterinarian — checking the creation date of the website of the breeder and transport company, and holding off on payment until having seen the dog in person or by virtual meeting.

The website who.is allows users to input a web address and view the date it was registered. "A legitimate breeder, a legitimate delivery company, is going to have a website that’s well-established for way longer than two weeks or even six months," St-Cyr said.

Would-be dog owners can also take steps to confirm whether photos of their future family member are authentic by drag-and-dropping a picture into the Google Images search box. "If you see that it’s coming up on different websites, on a lot of classified ads, that’s a big red flag," St-Cyr said.

She said scammers often cite the coronavirus as a reason to avoid in-person meetings and are trying to exploit people who are seeking companionship amid the isolation of the pandemic.

"People, because they are at home, are going to think, 'I have time to take care of a puppy. This is the best time to adopt one,'" she said.

"Some people are lonely when they are confined at home. Not everybody has the chance to have family and friends around. The scammers are really taking advantage of the situation."

This report by The Canadian Press was first published Sept. 5, 2020.

Cancer survivors thrive through exercise
Sep 20, 2020 9:34 AM
Comments
We welcome your feedback and encourage you to share your thoughts. We ask that you be respectful of others and their points of view, refrain from personal attacks and stay on topic. To learn about our commenting policies and how we moderate, please read our Community Guidelines.