ReProm: Second shot for LGBTQ people to enjoy milestone as themselves 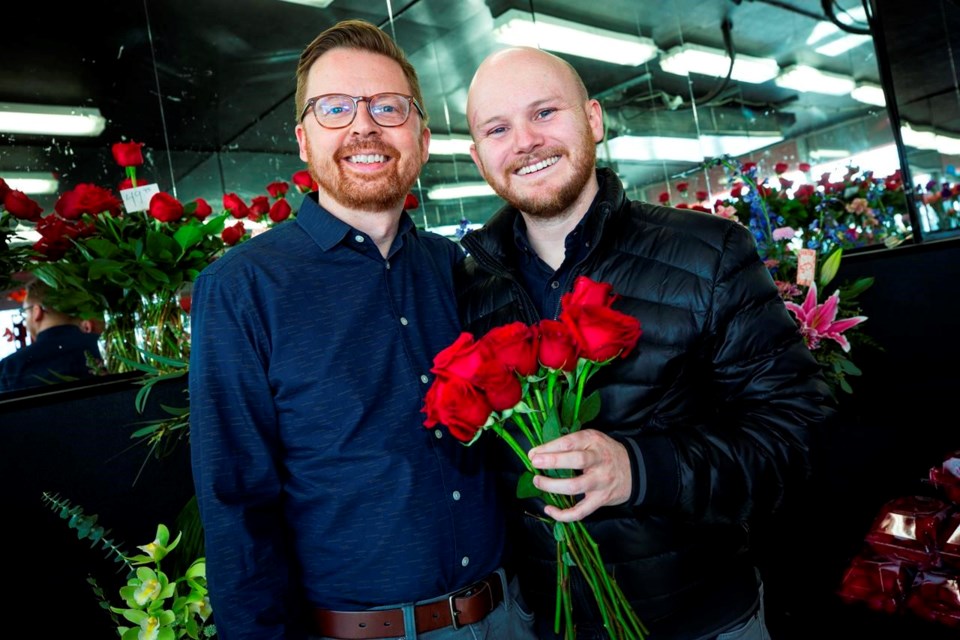 CALGARY — Two decades after going to his high-school prom with his female best friend as a date, Mike Morrison is about to get a re-do.

This time, he'll be on the arm of his boyfriend of eight years, Richard Einarson.

The Centre for Sexuality, a sexual health not-for-profit in Calgary, is holding its first ReProm fundraising gala on Saturday. It's a chance for LGBTQ people and their allies to re-experience a teenage milestone as their true selves — something that might not have been possible the first time around.

An adult prom was held in a community centre as part of Regina's Queen City Pride festivities last year. When Morrison heard about it, he pitched doing something similar with the Centre for Sexuality.

Morrison hadn't come out when he was in high school in New Brunswick and didn't know of any classmates who had.

Prom itself doesn't hold any negative baggage for him, though. He had a great time with his platonic date and they remain close friends.

ReProm is being held at the Hyatt Regency in downtown Calgary and will feature a sit-down dinner, themed cocktails, a silent auction, live music, drag performances, a candy buffet and an after-party with a DJ.

"It's going to be wrapped up in a big old rainbow theme and there's going to be a few surprises in store that are going to make people's nights super special," said Pam Krause, the sexuality centre's president and CEO.

The event's website says the dress code is "whatever best expresses your individual self. Go retro or modern. Glitzy or chill."

Krause, 58, remembers hating the long dress she wore to her original high school prom in Edmonton. She went with a boy so she would fit in, and recalls feeling a mixture of rejection and relief when he ended the night with another girl. Nothing in pop culture at the time suggested to Krause that taking a girl to her prom was an option.

Of ReProm, she said: "Hopefully everybody will have that feeling inside of them that this is the prom they wish they had."

Tickets are $175 and tables are $2,000. Donors are acting as hosts to LGBTQ community members who wouldn't otherwise have the means to attend, Krause said.

Proceeds will go toward the Centre for Sexuality's work with the LGBTQ community such as free counselling for youth and their families.

Adrian Rodriguez and Nick Moore, who have been together for 13 years, are looking forward to enjoying the rite of passage without any anxiety.

Rodriguez, 35, was born in Colombia and went to his high-school prom in Miami with his girlfriend at the time. He couldn't put into words back then why the experience made him so uncomfortable.

He said there are places in the world where an event like ReProm would be unheard of.

"This is an opportunity for us to go and have fun at this event and also to be out and proud and to show the community that there's so much more work that needs to be done," he said.

Moore, 38, grew up in a small town in southwestern Ontario where he would have never felt comfortable asking a boy to the prom.

He said some kids still feel that way.

"You don't have to look very hard in Alberta to find kids that are struggling with LGBTQ issues in schools. And I think it's really important that we don't forget that."

This report by The Canadian Press was first published Feb. 25, 2020

Manage Stress in Challenging Times
May 24, 2020 9:40 PM
Comments
We welcome your feedback and encourage you to share your thoughts. We ask that you be respectful of others and their points of view, refrain from personal attacks and stay on topic. To learn about our commenting policies and how we moderate, please read our Community Guidelines.