CALGARY — TC Energy Corp. has announced a plan for its Keystone XL project to achieve net zero emissions when it is placed into service, even as the future of the pipeline expansion appeared in doubt.
Jan 18, 2021 12:30 PM By: Canadian Press 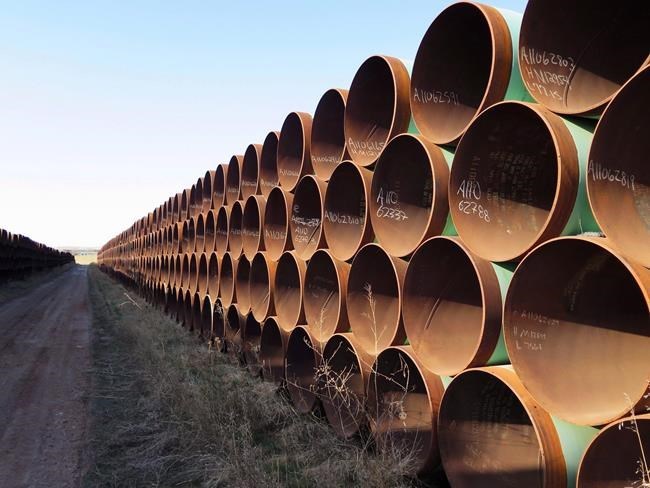 CALGARY — TC Energy Corp. has announced a plan for its Keystone XL project to achieve net zero emissions when it is placed into service, even as the future of the pipeline expansion appeared in doubt.

Transition documents suggest Joe Biden will kill the controversial project as soon as Wednesday when he's sworn in as U.S. president, rescinding a construction permit granted in 2019 by predecessor Donald Trump.

However, TC Energy said late Sunday that it has a plan to eliminate the impact of greenhouse gas emissions from Keystone XL's operations.

“Climate change is a serious issue and we have an important role to play in managing GHG emissions while balancing the need for safe, reliable and economic energy,” TC Energy chief executive Francois Poirier said in a statement.

The company said net zero emissions will be achieved when the pipeline is placed into service in 2023 by buying renewable energy from electricity providers, and if it is not available it will purchase renewable energy credits or carbon offsets.

TC Energy is also committing that additional renewable sources along the pipeline’s route will be developed by 2030, phasing out any potential need for renewable energy credits or carbon offsets.

Once complete, the Keystone XL expansion is expected to carry up to 830,000 additional barrels a day of diluted bitumen from Alberta's oilsands to refineries along the U.S. Gulf Coast.

Some 200 kilometres of pipe have already been installed for the expansion, including across the Canada-U. S. border, and construction has begun on pump stations in Alberta and several U.S. states.

Biden was vice-president in 2015 when Barack Obama rejected Keystone XL for fear it would worsen climate change. Trump approved it again in 2019.

This report by The Canadian Press was first published Jan. 18, 2021.