A tiny house teacher, team of NAIT technology students and army of sponsors build a state-of-the-art tiny house--and give it away.
Jan 20, 2021 5:00 PM By: Lucy Haines 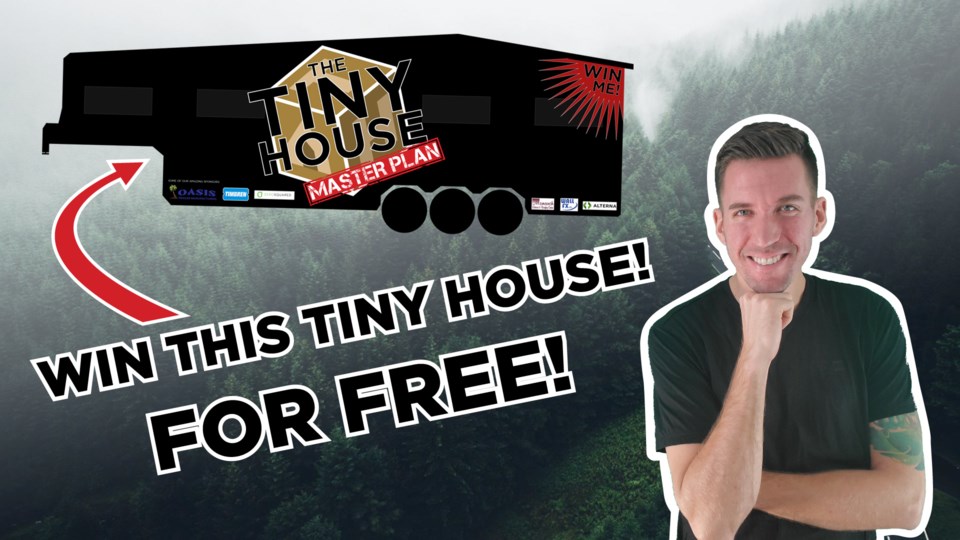 The former high school teacher has walked the talk for several years, living debt free in an off-grid tiny house that he designed and built in 2017--and doing it with a passion. While Zerbin's focus has been to teach people in Alberta (and around the world) how to reduce their footprint and live for less, COVID-19 put a wrench in the plans, and the in-person teachings and travel on hold.

But rather than hunker down until the pandemic allowed workshops to resume, Zerbin used 2020 to fuel a new and bigger project. The Tiny House Master Plan is a three-phase business project that includes YouTube informational videos, a partnership with NAIT technology students, a cross-country tour featuring entertainment and drive-in workshops, and even a tiny house giveaway. For Zerbin, 2020 has been anything but downtime.

"When COVID hit, I thought I'd move my business online--do virtual workshops--but my mission is always about how to reach more people," said Zerbin. "We started with the idea to launch the web-based series, and things have taken off. Now, my hope is that the YouTube channel will explode. I'd like at least 100,000 followers before we give away the house."

When a friend connected him to NAIT's Bachelor of Technology program, Zerbin saw the possibility of a project greater than the YouTube videos. A team of students finishing their degree with a capstone project brought management, social media and marketing skills to the table, a boon to both Zerbin and the students, according to NAIT instructor David Schmaus.

"Kenton's multi-faceted project allowed students to have input on all aspects, including permaculture, design and marketing," said Schmaus. "They get access to his enthusiasm and expertise while they build a resume. It's a win-win."

The Tiny House Master Plan series follows the team as they build a home amidst COVID-19 restrictions, securing sponsors for a trailer (worth $18,000 alone, from Oasis Trailers) and house materials from Alberta and national businesses totalling over $100,000--from companies such as WallFX (metal framing) Sturgeon County's Monarch Centres (siding and roofing) and Calgary's Mini Wood Stoves.

The single-storey house has a layout similar to an RV, with a fold-down Murphy bed and couch bed. Because of the media needs of the tour, the house is being decked out with the latest entertainment equipment, including a fold-down deck/stage (Zero squared) and FM transmitter (Silent Monkey, light and sound systems) which will allow 'COVID-resistant' drive-in attendance of workshops, movies and concerts.

Zerbin envisions the tiny house to be especially great for anyone who doesn't want to climb stairs to a loft. The wall that lowers as a deck/stage for the purposes of the tour can become a fold down wall with a screened in porch, or just an outdoor-type office or patio--it's up to the imagination of the homeowner, Zerbin said.

"Despite the challenges of COVID-19, we're creating an edu-tainment-type reality show, documenting the build of a state-of-the-art tiny home, and then showcasing it on a cross-country tour," Zerbin said. "We want the house to be an inspiration and lift spirits too with Friday concerts--which we'll film live so people can attend virtually, from anywhere--and then weekend tiny house workshops in each city we visit."

Upon completion of the tiny house, it will start its tour in Edmonton, go through BC, stop in Calgary, and then continue on to eastern Canada.

"Perhaps most inspiring of all, the house is being built for free through the power of community, so it will be given away, for free, to a member of the community," Zerbin said.

U of A researchers push scientific boundaries, overcome stigma so women don’t have to ‘suffer in silence’
Mar 8, 2021 3:00 PM