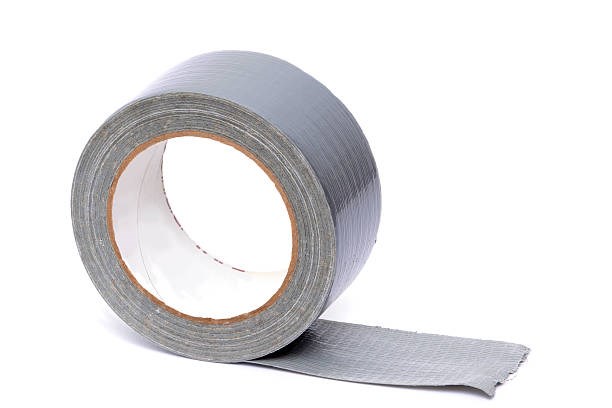 Duct tape, a cure-all for many an ailment, according to our humour columnist. Photo: iStock

“If onion juice is good enough for monkeys, it’s good enough for me,” my Uncle Don said, smacking a palm on the table to emphasize the weight of his statement. He was outlining his plan of action for the next time he got sick. Apparently, he’d seen a show on this somewhat unorthodox cure for baby orangutans who were suffering with the common cold. According to my uncle, veterinarians ground up a bag of onions, set it out under the hot Bornean sun, and waited for the juice to flow. Then, the little orangutans slurped up the liquefied onion like it was candy (hard to believe) and were cured.

This story caused me to ponder other treatments, particularly ones promoted by my relatives. Glucosamine for arthritis is not an unusual remedy, but Uncle Don wasn’t sold on its beneficial properties by his doctor, a naturopath, or by reading learned essays on the subject. No, he bought a bottle because he saw how it worked for his dog.

“That dog could barely move before the doc gave him a pill, but afterward he jumped around like a pup,” Don remarked in amazement. “That’s when I bought a bottle for myself.”

Then there was the time I decided to make a batch of bread for him, but griped about having nothing to mix it in.

“Wait a minute, I found a nice metal bowl at the dump a few weeks ago,” Don exclaimed. “Likely it was tossed ‘cause it’s full of holes, but I can fix that.” Rustling around in a drawer near his chair he drew forth a hefty roll of duct tape and brandished it in the air with quiet triumph. The bowl was then washed, dried and numerous strips were strapped strategically across the bottom. I have to admit, it worked.

While we were on the subject of unusual remedies that day, my uncle told me about a man that used to run a service station just down the street. One day Don noticed the man had a tire patch fastened to his forearm with several lengths of packing tape. My uncle couldn’t help but ask why.

“Well, it holds air in a tire, so I figured it’d hold blood in my arm,” the man said irritably, as though this common-sense thinking shouldn’t have to be explained.

I countered Don’s tire-patch story with a tale of my own from truck driving days. It was the first day of work for a new employee, and I stood with him as he waited for the boss to arrive. Trying to make small talk (something I’ve never been good at) I complained to him of a stiff knee. The man leaned toward me conspiratorially.

“Nope. Just look at this.” Flipping open his jacket, he pointed to an area on his chest where a bone protruded unpleasantly. “I got a slipped rib, but every day I spray on WD-40, rub it in and it fixes me right up.” He shrugged his coat back into place with a self-satisfied smirk and marched away.

I mean, I knew the stuff was good for rusty hinges and squeaking doors, but I’m pretty sure it was not created to lubricate aching bones and dislocated joints. Yikes! Redneck remedies strike again.

To contact Helen, or to order her books please go to helen@myprairiewool.com or write her at PO Box 55, Marshall, SK. S0M1R0.