Commentary: Anti-Asian racism a worrisome by-product of the pandemic

The surge in Anti-Asian racism must be a concern for everyone in society.
May 5, 2021 1:30 PM By: Etty Cameron 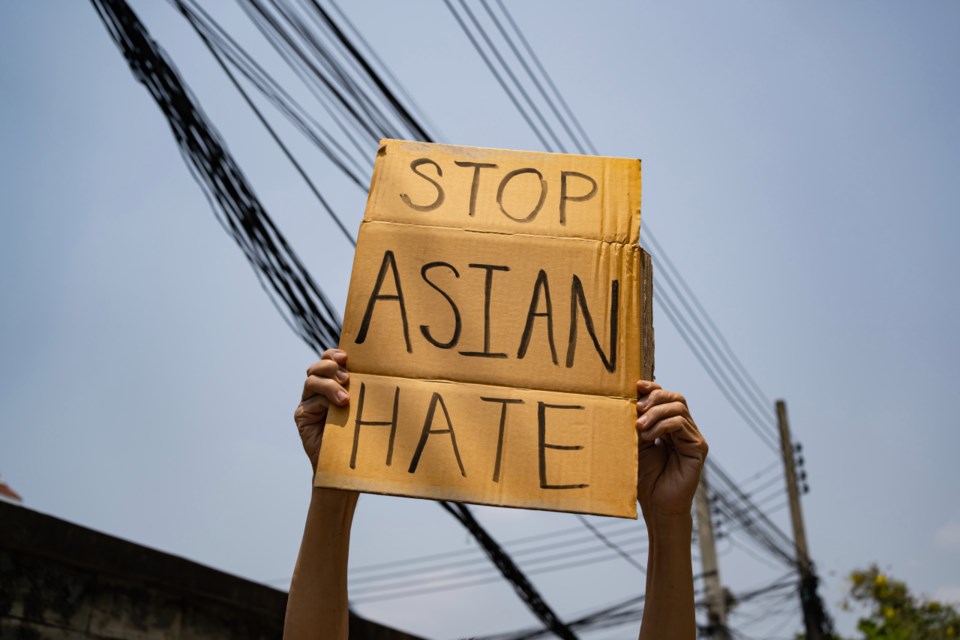 COVID-19 has become a catalyst for anti-Asian racism, which has skyrocketed since the start of the pandemic. People of Asian descent have often been targeted and victimized, businesses have experienced dwindling customer support, and many have had their buildings vandalized. Some people have treated Asians with disdain, making them the scapegoats of the virus. Racist behaviours against Asians have left the elderly traumatized, young children confused and communities in awe. Even worse, Asians are being attacked in parks and on sidewalks, buses and subways, within plain sight of others who often turn a blind eye to the unfair and unwarranted treatment.

It is said that ‘variety is the spice of life.’ Variety is the valued ingredient that broadens our horizons when its richness and tantalizing flavour is added to Canada’s melting pot, a melting pot whose strength lies in diversity. But in a country where diversity should be cherished, some have taken it upon themselves to show disregard for differences by preying on those who are not part of the dominant group.

Calling Asians the ‘China virus" is cruel and inhumane--it stigmatizes people who don’t look like the dominant population. Name calling targets a certain sector of the population and sets things in motion for copy cats to join the fray, thus spewing ongoing vitriol. The end result is further isolating a group of people who, like other Canadians, are also dealing with the trauma of COVID-19.

Many Asian seniors are said to be afraid to leave their homes--a response to reported cases of hate crimes against that community. People have spat on Asians, deliberately coughed in their faces, punched and pushed seniors to the ground. Other Asians have been refused public transportation, or listened to an angry driver’s tirade telling them to go back where they came from, unmindful that except for Indigenous people, all Canadians came from somewhere else.

Canada is a land of immigrants and it is unwise for some to think they have a veto to disrespect others who look, speak, or act differently from the mainstream. Asians share the same rights and freedoms and should be able to move about freely in society without fear of being assaulted, intimidated, or bombarded with racial epithets. Decency should be extended to all persons whether we like them or not. And all have a responsibility to protect those who are most vulnerable, including children and seniors.

Asians have called on governments to intervene by bringing perpetrators to justice and to educate the public. Many well-thinking persons have joined peaceful protest marches with signs in support of Asians, one reading- “Asians are not viruses, Racism is!” This profound slogan sums it all up with the greater implication that just as we seek a permanent cure for the virus, we also seek a cure for the eradication of racism from our world.

A group of Asians in Calgary have banded together to patrol Chinatown, offering security to the businesses in that area and the customers who frequently shop or live within close proximity. What if we all tried, like John Lennon wrote, to “Imagine there’s no country…nothing to kill or die for…people living life in peace…sharing all the world?” This would certainly create the “brotherhood of man.”

Because of COVID-19, it seems some people have experienced undue fears, anger and anxieties and use Asians as scapegoats. But while everyone is entitled to their feelings, it is uncivil to inflict one’s moodiness and insecurity on others in society. The pandemic has already caused social isolation of great magnitude. It is callous for anyone to further exacerbate the situation through harassment whether carried out in cyber space, the workplace, educational institutions--even law enforcement--or wherever racism is practised in Canada.

Etty Cameron is a retired educator.