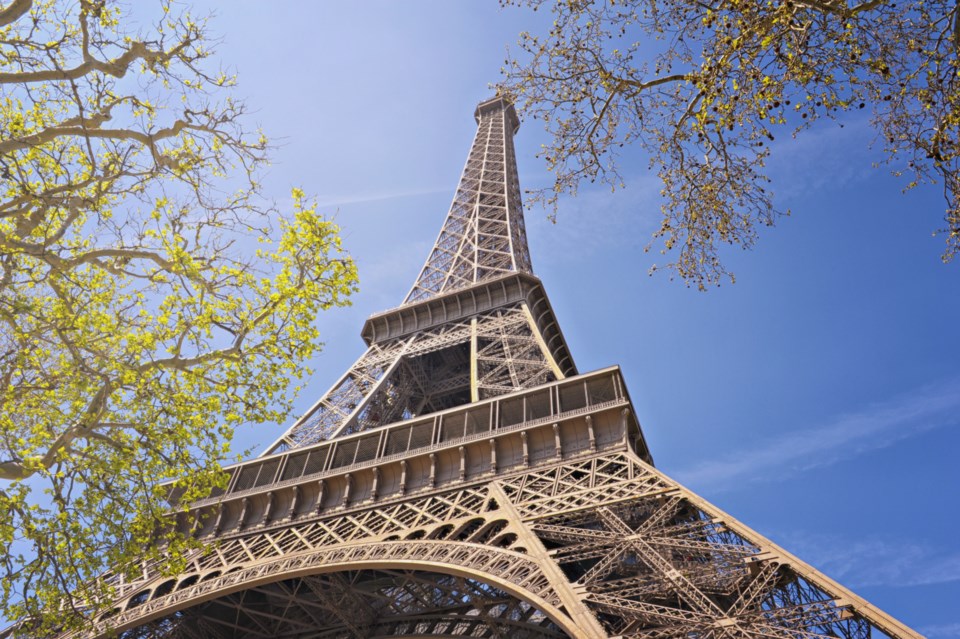 Where would you be going this summer if not for COVID-19? I was headed to Europe. I’ve been quite a few times actually, and I find that with each trip I learn to be a better traveller, and have successfully taken many others along for the ride.

This year the closest I’ll come to the Eiffel Tower will be when I hold a hanky to my nose. Let me explain. Recently, I was given a packet of tissues with an image of La Tour Eiffel embossed in gold on the front of each folded square. Problem is, they’re too nice to use! While I enjoy looking at the picture as I raise one to my snuffling face, it feels almost sacrilegious to blow the contents of my nasal cavities onto the great monument.

When I have been able to travel, my husband, Tom, will sometimes accompany me, although his idea of a “good trip” is when he walks from the couch to the refrigerator and finds a cold Pepsi lurking inside.

Tom’s pretty picky with food and drink. If coffee isn’t served in a 12 oz. paper tumbler, he’s not happy. “These people don’t know how to make coffee,” he’ll gripe, looking at the tiny porcelain cup of espresso with disgust.

“But the reason people travel is to experience another culture. It’s important to sample the flavours of a foreign land,” I say, rolling my eyes. “It broadens our perspectives and opens our minds.”

“If it opened the door to Tim Horton’s, I’d be happier,” he’ll mumble with a sour look.

Of course, this was the same man that refused to eat in Paris unless it was the fast-food empire symbolised by golden arches. Can you believe it? We stayed in one of the cuisine capitals of the world—and he ate hamburgers. I mean, a Quarter Pounder in Paris is just wrong. In an act of protest I stood outside, refusing to darken their door on Avenue des Champs-Élysées.

But once, down a lonely back street in Madrid, we found a restaurant he loved. They had an interesting variety of dishes on the menu; duck tongues, jellyfish salad and chicken feet. However, even I’m not that adventurous. No one there spoke English, but we managed just fine with pointing and smiling.

After eating, daughter Aliyah and I said how we’d enjoyed our meal, but Tom smacked his lips and declared he’d never had anything finer. He flung down his fork, scraped his chair back, and leapt to his feet, beckoning to the proprietress.

“Madame,” he yelled. “Merci, to come here please.” (He was unperturbed when I whispered we were in Spain, so the two French words he’d learned weren’t applicable any longer.)

Warily, the woman shuffled toward our table. Her thoughts were easy to read. Was this man crazy, drunk, choking on the claw of a hastily prepared chicken foot?

“Your food was delicious!” Tom cried with a grin. For one awful moment I thought he was going to dash forward and embrace the woman, but then, lifting his fingers to his mouth, he closed his eyes and kissed them rapturously. Smiling warmly, she nodded her head in thanks.

Ah, those travel memories. I can hardly wait to make more.