Proposed deficit-cutting measures outlined in the provincial budget has some Alberta seniors' groups seething.
Jan 1, 2020 11:00 AM By: Chris Zdeb 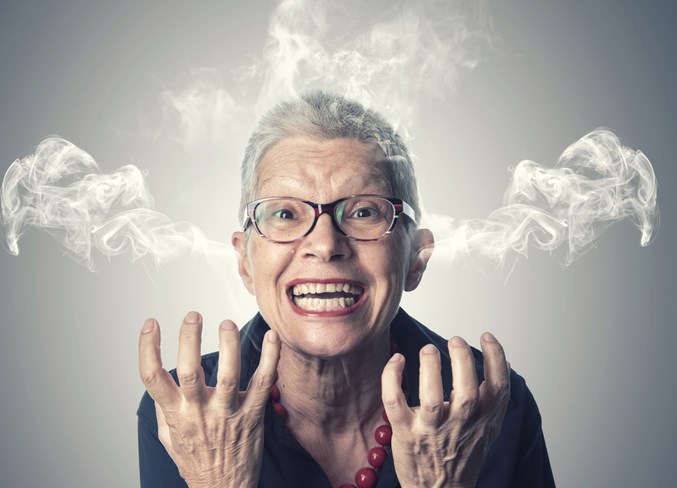 Seniors advocacy groups and government critics say the province's oldest residents are overwhelmed by the number of changes proposed that will take more money out of their pockets and how quickly they could be implemented.

They're also angry that Premier Jason Kenney isn't keeping promises made during the provincial election in April that spending on health care and education would not decrease if he was elected.

"My feeling is what the government is planning to do (to eliminate deficits within three years) – and they said they're not going to impact seniors – can't possibly be true," says Gordon Voth, president of Seniors United Now.

He cited the Alberta Seniors Drug Benefit Plan that will cut Blue Cross coverage for all non-senior dependents, affecting 46,000 Albertans, and government consideration of income testing for seniors' drug benefits.

"If there's a couple that one's not a senior and one is, the non-senior doesn't get coverage under the senior's plan. This will increase the couple's cost of health care coverage because the non-senior will have to go get another coverage."

As for income testing, "(our) position is that all seniors must receive the same benefits regardless of their income. We all pay our taxes and should enjoy equitable benefits," Voth says. "There should not be a system based on income as a qualification for any financial support."

Joel French, executive director of Public Interest Alberta, notes that low-income seniors with an annual income of $28,150 or less (couples with a combined annual income of $45,720 or less) will be hit hard with the indexation cut to the Alberta Seniors Benefit.

"It will no longer be increasing with the cost of living every year like it was. Unfortunately, that will have a negative impact on our most vulnerable seniors in the province. Over time the will have less and less purchasing power which I definitely think is the wrong direction to go when it comes to low-income seniors."

Ruth Adria, executive director of the Elder Advocates Society of Alberta, takes issue with the government's plan requiring seniors 75 years old and older to pay approximately $160 for a driver's medical exam every time they go to renew their licence.

The proposal – one of 11 proposed changes the government says could save $262 million a year – would likely take effect by March 31st, says Steve Buick, Health Minister Tyler Shandro's press secretary, and will bring Alberta in line with most other provinces that require such an exam.

"The government started paying (for the mandatory exam) in 2008 or 2009 after we complained," says Adria. "I'm incensed that they would consider charging seniors that are short of money, on fixed incomes. That's a nightmare.

"It's open season on seniors. We're going to fight it absolutely."

Lori Sigurdson, Seniors and Housing Minister in the former NDP government, now seniors and housing critic in the opposition's shadow cabinet, says the budget "is really nickle-and-diming seniors. It's not specifically laid out in their budget how seniors will be impacted ... but they're really cutting a lot of things."

A major loss is the Seniors Advocate office created by the NDP government to help seniors navigate some of the public programs available to them, she says.

"It is, unfortunately, a complex system and people do need support. (The government) has completely closed the office and collapsed it into health and mental health and put a partisan appointment with the former executive director of the UCP party being in charge of that, and that flies in the face of what that's supposed to be. It's a watchdog kind of role not a lapdog and having that person in there is just appalling. It's really an egregious example of something pretty significant that they've done."

During a December meeting with Seniors and Housing Minister Josephine Pon, representatives of the Alberta Council on Aging left a letter outlining some of the concerns of the province's older adults. Among them is what doctors are calling "ten-minute medicine."

Under one Ministry of Health proposal time-based fees for physicians would be eliminated or reduced, which means a doctor wouldn't be paid extra for appointments that go over a basic 15 minutes. Doctors say this would encourage physicians to see patients for just 10-minute appointments in order to maintain or maximize revenue.

This is bad news for complex patients, says Sigurdson, "and let's face it, a lot of times complex patients are seniors because they may have multiple issues, which happens sometimes when we age."

"No one has time to get a new prescription or talk to their doctor about it, and sometimes (biosimilar drugs) don't always work as well as the other ones and people are very concerned that health conditions that have been managed well by their current prescriptions may not be with another kind."

Voth, with Seniors United Now (SUN), says he believes there's going to be "a slow erosion or increased costs to seniors as we move along trying to balance this budget" and SUN and other senior organizations will respond to changes that ensure "that whilst they're not getting rid of benefits they're sloughing off costs to seniors so we have to be very careful we oppose that."

Many seniors remember the balance-budget cutbacks introduced by Premier Ralph Klein in the 1990s, but at this point it's difficult to protest what Kenney's government plans because nothing has been approved.

Still, seniors are serving the government notice "it won't be a walk in the park" if they implement changes that will hurt seniors, Voth says.